by CCME Content Team
Share on FacebookShare on Twitter
The focus of the year will be on environmental sustainability by inspiring collective action through a nationwide commitment towards sustainable practices, in line with the UAE’s national strategy

ABU DHABI, UAE, 20 January 2023: UAE President His Highness Sheikh Mohamed bin Zayed Al Nahyan has announced that 2023 will be the “Year of Sustainability”, according to an Emirates News Agency (WAM) Press release.

The “Year of Sustainability” will include several initiatives, activities and events that draw upon the UAE’s deep-rooted values of sustainability and the legacy of its founder, the late Sheikh Zayed bin Sultan Al Nahyan, WAM reported. It will also focus on environmental sustainability by inspiring collective action through a nationwide commitment towards sustainable practices, in line with the UAE’s national strategy, bringing together everyone who calls the UAE home to work towards a prosperous future, WAM reported. 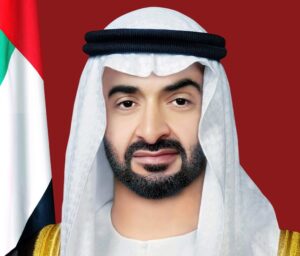 The year also aims to showcase the UAE’s commitment towards fostering a global collaboration in seeking innovative solutions to challenges, such as energy, climate change and other pressing issues related to sustainability, WAM reported.

President His Highness Sheikh Mohamed bin Zayed said: “Sustainability has been a fundamental principle in the United Arab Emirates since its unification. The nation continues to serve as an exceptional model for environmental conservation and resource management. The late Sheikh Zayed was a global leader in environmental and climate action, leaving behind a legacy that we continue to follow today.

“Today for Tomorrow embodies the UAE’s approach and commitment to sustainability and its responsibility to protect the future. By working, making efforts and initiating actions today, we are ensuring that we leave behind a legacy of stewardship for future generations, just as our ancestors did for us.”

His Highness also emphasised that the Year of Sustainability has particular significance, as the UAE prepares to host the 28th United Nations climate change summit, Conference of Parties (COP28). He stated that the UAE is determined for COP28 to set a precedent in the collective global efforts to address climate change.

His Highness also invited community members and institutions to engage with the initiatives and activities of the Year of Sustainability and come together in collective efforts that lead the nation towards a more sustainable future.

The “Year of Sustainability” solidifies the UAE’s commitment in addressing current challenges and promoting sustainable practices at an individual and community level, WAM said. Notable examples include the “Net Zero by 2050 Strategic Initiative”, which details the country’s commitment to promote environmental protection, and its efforts to create thriving communities ideal for living and working, WAM reported.

The announcement comes following the successful conclusion of Abu Dhabi Sustainability Week 2023, which saw the participation of numerous state leaders and officials, worldwide, WAM said. This further cements the UAE’s position as a leader in promoting sustainability awareness both domestically and internationally and reinforces its commitment to tackling the challenges associated with it, WAM reported.

The UAE has long been a leader in promoting clean energy and building effective partnerships for the benefit of the global community. One notable partnership is The UAE-US Partnership for Accelerating Clean Energy (PACE), which will catalyse USD100 billion in financing and other support in addition to deploying 100 new gigawatts (GW) of clean energy in the United States, UAE and emerging economies around the world by 2035.

This report was filed by Rola AlGhoul/Esraa Esmail of WAM.