The constant of denial and myopia

With this issue, we are completing 17 years of Climate Control Middle East, and it’s
been quite an experience travelling what has been an undulating landscape. The
time span of the magazine so far has included the highs of the real estate boom
in the GCC region, the financial fallout in the wake of the collapse of Lehman Brothers, the
pendulum swing in oil prices and, more recently, the menace presented by COVID-19.
The time spent chronicling the HVACR industry in the Middle East and beyond has
varyingly been filled with financial uncertainty and churn for different sub-sectors, but
there has been an astonishing show of optimism and resilience to keep going and hoping for
a better tomorrow. Equally heartening to witness has been the determination to reinvent,
where necessary, and the willingness to adapt to circumstances as well as to adopt new
business approaches, new technologies. 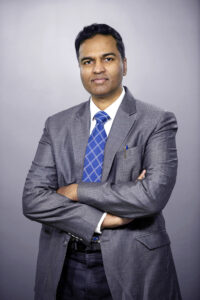 There has been one constant, though, which largely speaking, is the unwillingness of multiple building industry stakeholders – including policymakers, master developers, building owners, consultants, contractors, and manufacturers and suppliers of HVACR equipment – to work in a collaborative spirit to lower the emission of greenhouse gases. The talk at multilateral meetings is promising and pregnant with intent, but we are still confronted with a befuddling amalgam of denial and a myopia-triggered refusal to look
beyond individual commercial interests.

As highlighted by the recently concluded COP Summit in Sharm El-Sheikh, in Egypt, the unbridled emission of methane is a threat to global stability. A few years ago, much before COVID-19, I chose to speak on the Siberian Permafrost during the Climate Control Awards ceremony, of how greenhouse gas emission-triggered global warming is resulting in a thawing of the ice, which holds biodegradable matter and pathogenic organisms under its icy-white veneer.

The thawing, it is feared, will release unimaginable volumes of methane
gas into the atmosphere and, equally menacing, untold hitherto dormant strains of virus
that could see a return to mask mandates and lockdowns in a grim battle of survival.
At the risk of sounding banal, we, as a building industry, are collectively contributing
to the rise in greenhouse gas emissions, and directly impacting the Permafrost – the
connection couldn’t be more obvious and significant.

There is no dearth of solutions, though; and there is a latent political will and financial
feasibility. This issue contains articles that speak of viable means of plugging leaky ductwork
– the claim is that there is no need to tear down ceilings for that – and of an apparently bold
new approach that advocates recirculating indoor air, after taking it through a cleansing,
germicidal process. Both, if the claims are validated, possibly hold opportunities for reducing
power consumption and, thus, emission. And there are other technologies, other approaches
out there that could join the party. Let’s not leave it too late for that.