Key piece of the puzzle in net-zero buildings

by Nafeesa Mohammed
Share on FacebookShare on Twitter
With clients in the driving seat, insulation demand for HVAC applications is recovering through sporadic mega-projects but is seeing more demand from medium and small ones, plus from the pull for net-zero buildings. Nafeesa Mohammed of Climate Control Middle East has the story…

AS THE construction sector recovers from the pandemic lows, HVAC insulation demand is coming from smaller projects. According to industry experts, insulation, with its myriad applications from the building envelope to the pipes and ducts that carry air into living spaces, is playing an increasingly important role in the energy efficiency of buildings seeking to achieve net-zero performance. Ajit S Abraham, Assistant General Manager, Building Service Products, Leminar Global, says that most of the projects that were contracted out before the pandemic have been resumed in one way or another. “Since buildings in the region depend on air conditioning almost 24×7, they have a closed-loop controlled energy system, but the choice of insulation for a project is in the hands of the client and what they want to achieve – it could be long-term efficiency or temporary insulation,” he says. 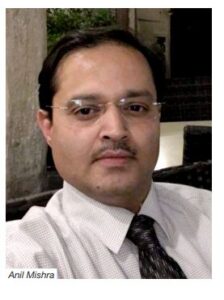 Abraham says demand for HVAC insulation for pre-insulated and GI ducts is coming primarily from the luxury residential market. He believes that this increase in both apartment and villa projects is also due to people spending more and more time indoors and buying their own homes during COVID -19. However, Anil Mishra, Senior Advisor, Rubber World Industries, says that the golden run of the major increase in mega projects has now come to a halt. Especially in the Middle East.

There are still isolated projects that are substantially big, especially in Saudi Arabia, but there won’t be as many projects in the UAE. “Having said that, since the beginning of the pandemic, we have found that small and medium- sized projects have fared a lot better,” he says. “So, there’s been a flood of enquiries from many people who want to buy houses in this part of the world. That’s shifted dramatically from mega projects to the smaller projects.”

Mishra believes that when the construction sector moves from mega projects, there are a series of chain reactions that basically start with the construction and impact the type of air conditioning units used. If you look at the production profile of the companies, Mishra says, many of them have had to change their production or product mix. They had also compensated by producing more units to cater to this segment.

He believes that every company has gone through this metamorphosis. Summarising on this point, Mishra says: “The insulation market volume has come down significantly due to the nature of the projects, which has affected the overall revenue of the companies. So, the whole mathematics has to be revised – that’s profitability, wages and expenses. Everything has to be worked out or recalibrated. I’d would say most of them have either diversified.” After the pandemic, Indoor Air Quality (IAQ) has also become very important. However, Abraham says IAQ has always been important in this part of the world, but after COVID-19, customers have become even more sensitive and prefer materials that don’t emit contaminants. 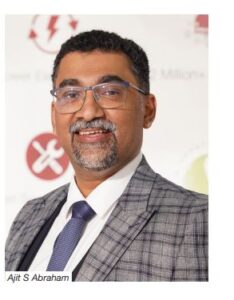 CLIENTS IN THE DRIVING SEAT
Abraham says that in the GCC region, clients hold the key to what goes above your head into the HVAC ducts. “It also depends on the type of project,” he says. “There are a lot of commercial projects, for which most clients and consultants are looking for flexibility and may opt for GI ducts, because many design changes are made during the course of the project. Abraham adds that the type of insulation and choice of material always depends on what the client wants.

MATTER OF MATERIALS
Mishra feels that there has not been much innovation in materials, except that many manufacturers are touting glass wool as an insulator instead of fibreglass and trying to take away the latter’s share. “If we focus only on the HVAC market, there’s hardly any innovation, apart from pre-insulated glass wool ducts entering the market,” he says.

Abraham says that glass wool and closed-cell rubber dominate across the globe in terms of HVAC insulation, but not because they are the only product used. Still, he says, in most cases they meet the required standards and are cost-effective, in terms of product and installation. “When applied correctly, they can achieve good net-zero efficiency for HVAC systems,” he says.

Elaborating on the intense competition in pushing different types of insulation solutions, Mishra says prefabricated glass wool insulation came into the market to attack the pre-insulated duct segment. It is an innovative product but has its own technical advantages and disadvantages. “For example, glass wool insulation cannot be used at very high static pressures,” he says. “They can only withstand low and medium pressures, but they do offer acoustic properties. Conventional pre-insulated ducts, on the other hand, can operate at extremely high pressures.”

GI VERSUS PRE-INSULATED DUCTS IN HVAC
Beyond materials and manufacturing processes lies the flexibility of any insulation. Abraham believes that when choosing between GI or pre-insulated ducts, the client’s favourability towards either comes from on-the-ground flexibility. “Not every contractor chooses pre-insulated ducts, because there are a lot of design changes happening on site,” he says. “But it has its own advantages – it is lightweight, saves time and labour, and can be kept ready on site, improving labour efficiency. However, when there’s a design change, such as a chilled water project, where the piping needs to be redesigned due to utility or size, the actual efficiency level changes. Ultimately, it all depends on the size of the project. I think with regard to pre-insulation, it is not about the product, it’s about labour efficiency. You finish faster, and you save. There’s no doubt about that.” Mishra says pre-insulated ducts quickly became popular, because they were extremely cheap to install compared to GI. However, the market for both has since evened out and clients swing if there is a change in the price of steel, he says. When it goes up, pre-insulated ducts come into play, because the cost of installing GI duct becomes higher when the price of steel goes up and vice versa, he says. “The first choice of contractors will always be GI insulation, because it’s very durable, it lasts the life of the building,” he says. “That said, it still depends on what the client wants.”

SERVING THE NET-ZERO GOAL
Insulation is only one piece of the whole net-zero building puzzle, but an important one. Abraham says GCC region countries, particularly the UAE, take a comprehensive approach to setting HVAC guidelines, which includes insulation. “Insulation is only one part of building optimisation, but with proper installation, energy savings could go up 11-15% overall,” he says.

Mishra says that for optimal energy savings, though, clients would have to take insulation in its entirety, which includes the exterior of the building. “The savings start there,” he says. “Studies in Kuwait have shown that almost 40% of energy can be saved if an entire house and building or living space is properly insulated. So, it’s obvious that insulation is an important passive form of energy saving.”

As an example, Mishra says, a properly insulated GI duct for an HVAC system can save up to 30% energy, even if one were to take into account various parameters, such as the routing of the duct and the thickness of heat insulation, etc. One can still achieve 25% savings, he says. “If you use the right technologies to automate relative humidity and duct temperatures, you can further reduce the thickness of insulation,” he says. “But, unfortunately, not every consultant or contractor adheres to this. It’s a sad fact that many of the specifications used in this part of the world are very outdated or just a cut-copy-paste without any thought given into how insulation can improve building performance.”

INSULATION MARKET OUTLOOK
Amidst all the debate on the inherent advantages of insulation, a key aspect is the market conditions, driven by geopolitical tensions and other disruptors. Indeed, where is the insulation market heading? Abraham says: “I don’t see any major threat, but with unstable oil prices and fluctuating metal prices, contractors are holding back on procurement. Copper and steel prices have always fluctuated; they have gone up anywhere between 15% and 20% recently. So, I expect that things are likely to get much better by 2023.” Mishra feels the industry will remain sombre. The UAE is trying to be one of the hottest manufacturing hubs, he points out. “So, we are seeing a lot of changes in the business demographics of this country,” he says. “In the foreseeable future, we will see an upsurge in the industrial segment with pockets of projects in tourism, call centres, public kitchens and manufacturing facilities. I would say the industry will remain static for at least another year or two.