UBOLDO, Varese, Italy, 17 March 2022: LU-VE’s Board of Directors described 2021 as a year of records, following a review and approval of the Group’s consolidated financial report as of December 31, 2021.

“The year 2021, the 35th year of LU-VE Group activity, was very positive, characterized by an active demand, despite a sharp increase in the prices of materials and supply difficulties,” said Iginio Liberali, President, LU-VE Group. “We have achieved a turnover of € 492 million, we have grown by 22.6% on the previous year, and our net income has more than doubled. The 2021 turnover was 50 times that of our first year of activity. 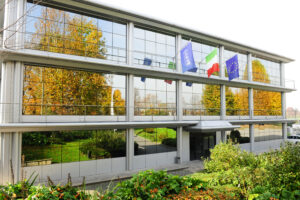 It is the result of constant growth, organically and through acquisitions, based on the professional values of an international working community that unites cultures in a blending process, guided towards the innovation of products and business processes. Thanks to the entire LU-VE team who made all this possible.”

According to LU-VE, the 2021 financial year saw the Group experience organic growth in product turnover (+23.0%), more than double the average of the last five years, and at the same time growth in the order book at levels never recorded in the history of the Group (€ 180.2 million, +134% compared to December 2020).

The very strong trend in orders, starting from the second quarter of 2021, is attributable to the general post-pandemic recovery scenario and is the result of investments in previous years, both in research and development aimed at developing new heat exchangers for the use of natural “green” fluids with low environmental impact, and in new production lines dedicated to these innovative heat exchangers that have made it possible to intercept a rapidly growing demand, the Group said.

Thanks to these activities, therefore, the Group has managed to increase its reputation, but above all its market share in the segments that are most innovative and sensitive to issues of energy efficiency and low environmental impact solutions, LU-VE said.

The year 2021 was a very complex year on the supply chain front, not only due to the huge increases in the prices of raw materials, components, logistics services and energy, but above all due to the constant need to face and monitor shortage risks in the availability of critical materials and components, for the correct supply of production processes, the Group said.

This situation, combined with an occasional impossible demand, has forced the Group and production companies the world over, in general, to review their storage solutions inspired by rigorous compliance with the “just in time” principles, LU-VE said. Furthermore, the new waves and the spiking of the spread of the pandemic in different areas of the world – with different temporal trends and containment measures – have further aggravated the logistics crisis, especially for goods from Asia-Pacific countries, generating production inefficiencies due to the high and, sometimes sudden, increases in workers’ absence rates in the Group’s plants, LU-VE said.

In this difficult scenario, good supply to production sites and adequate levels of customer service were guaranteed by the strategy of widening and differentiating supply sources, which had been implemented for some time, and by growing organizational flexibility, LU-VE said.

In 2021, the Group recorded a strong growth in product sales (+23%), which reached € 483.1 million and, at the same time, a continuous and progressive increase in the order book, LU-VE reported.

These trends confirm the resilience of the business model and the validity of the Group’s strategy, aimed at the progressive expansion of the fields of application and the extension of its international presence, with the aim of reducing dependency on individual market segments or individual countries, it added.

The Group’s turnover does not depend to a significant extent on individual commercial or industrial contracts, LU-VE said. At the end of 2021, sales revenues from the Group’s top 10 customers represent just over 32% of the total: The largest, an international group served in several countries, accounts for 4.6%, LU-VE said.

The European Union, with € 373.8 million in turnover and an impact of 77.4% on total sales, remains the most important geographical area for the Group, LU-VE said. By virtue of the very strong growth in sales achieved in Italy in 2021 (+39%, equal to € 90.8 million), the percentage of exports dropped slightly to just over 81%, it said.

In 2011, the “Components SBU” achieved a turnover of € 275.6 million, with a growth of 38.6% in all application segments, LU-VE said. Performance was mainly driven by heat exchangers applied to refrigerated display cabinets for supermarkets, heat pumps, refrigerated transport and energy-efficient dryers, it added.

The “Cooling Systems SBU”, on the other hand, grew by 7.1% with a turnover of € 207.5 million, by virtue of an uneven trend in the various application segments, LU-VE said.

Commercial and industrial refrigeration, once again the result of the growing presence in highly energy-efficient natural fluid applications and data centre applications, recorded growths of +20% and +17%, respectively, LU-VE said.

There was a sharp slowdown in “district heating” projects, linked to the lack of incentives in a very specific market, LU-VE said. The “industrial cooling” segment, after a bad start due to the dragging of the negative effects of the pandemic (-18% at the end of the first half), then showed a good recovery in the second half of the year, reducing the decrease to minus seven per cent, but with an order book (at the end of 2021) back in line with historical averages, thanks to the unblocking of some large projects that had been subject to continuous postponements since spring of 2020, LU-VE said.

On the sales side, the extraordinary supply conditions led for the first time in the history of the Group to increase sales price of ventilated products three times during the calendar year and again at the beginning of 2022, LU-VE said.

The “Components SBU” applies an automatic sales price adjustment mechanism, which LU-VE said, proved its validity during the year, but was started, together with customers a process of revision of some rules and operating parameters, to take into consideration the changed market conditions.

During 2021, LU-VE said, the rationalisation program continued for the range of ventilated appliances for commercial and industrial refrigeration, with the launch of new “indoor” product lines and with the creation of a shared platform for “outdoor” appliances that use natural fluids. In the United States, construction of the first lot of the new plant was completed in March 2021, LU-VE said. In May 2021, in full compliance with the schedule, the production of exchangers was started, for which a multi-year agreement with an important customer had been signed in the previous months, it said.

The increase is linked to the strategic choice of investing, in a significant manner, in the increase of safety stocks of raw materials, without the risk of obsolescence, to guarantee customers delivery terms in line with their expectations and, therefore, to be able to take full advantage of the strength of market demand, LU-VE said. Normalising this effect, the operating working capital as of December 31, 2021 would have been approximately € 56.6 million (11.5% of sales).

Normalising the net financial position in consideration of the extraordinary effect on the level of inventories, the figure as of December 31, 2021 would have been negative for € 107.7 million (with a worsening of € 0.9 million compared to December 31, 2020). In 2021, LU-VE said, the cash flow from operations adjusted by non-recurring items totalled € 15.8 million. The debt, it added, is all medium and long-term, and liquidity as of December 31, 2021 totalled around € 248.3 million.