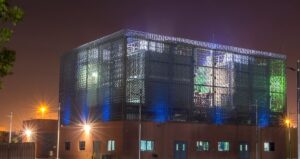 The acquisition is from joint venture partner, Mubadala Infrastructure Partners (MIP), bringing Tabreed’s ownership to 100%, the district cooling company said through a Press release. Tabreed added that it will continue to operate Al Maryah scheme under a 30-year exclusive concession granted in 2014 by Al Sowwah Square Properties, a wholly owned subsidiary of Mubadala Investment Company.

Having doubled its stake in the district cooling scheme, Tabreed said it continues to deliver on its growth ambitions in key markets. It said that the deal is the fourth major acquisition it has achieved in less than two years, following the securing of an 80% stake in Emaar’s Downtown Dubai network and acquiring Aldar’s Saadiyat Island plant and the Masdar City district cooling scheme in Abu Dhabi.

Commenting on the deal, Khalid Abdullah al Marzooqi, CEO, Tabreed, highlighted what it means for the next phase of growth at the company: “Since the start of our operations at Al Maryah island’s district cooling scheme in 2014, with the collaboration of our partners MIP, we have developed the scheme into an industry-leading model of efficiency and reliability, and we view our recent move to acquire the entire operation as the next logical step for our growth plans in Abu Dhabi.

“I am particularly proud of our operations and technical teams, who have pioneered many of the latest technologies and operational philosophies at Al Maryah scheme and across all of our plants in the region. They have significantly increased overall efficiency and reliability while reducing total carbon emissions for the UAE, further highlighting that district cooling continues to be a key component of the UAE’s energy strategy and for developing nations in the region and internationally.”