by CCME Content Team
Share on FacebookShare on Twitter
The connection to the suction flange in the S Series compressors has been lengthened, amongst other improvements, company says

DUBAI, UAE, 11 August 2020: Frascold has introduced a new body version of recip compressors, the company said through a Press release.

The new body version can be mounted on all models of the company’s single- and two-stage S series. Specifically, compared to the previous shape, the company said, the following improvements have been made:

1)            The ribs have been removed, which makes the painting of the compressor even more optimal and resistant.

2)            The connection to the suction flange has been lengthened, so that the fixing holes do not pass through and, therefore, the possibility of creating rust points during operation has been cancelled.

3)            The connection in the lower part of the compressor, between the motor side and the carter side, has been optimized. 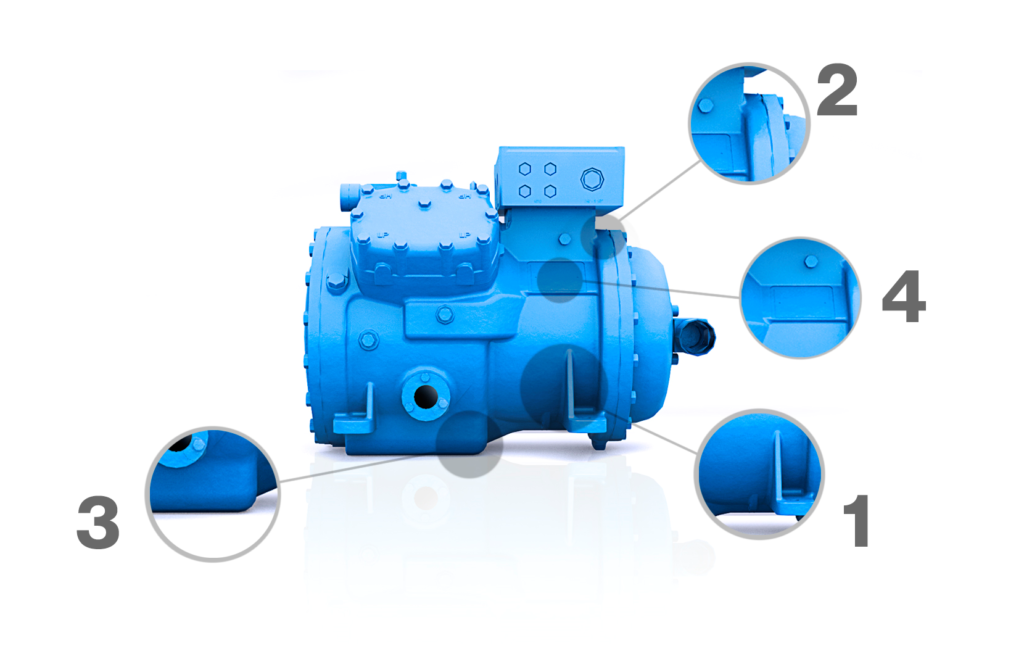 According to Frascold, the new design was created keeping unchanged both the fixing holes distances and the references for the suction and discharge valves, granting a constant and high level of the series performance.