by CCME Content Team
Share on FacebookShare on Twitter
Urge UN body to produce clear guidelines on the minimum lower limit of air humidity in public buildings, in the wake of COVID-19 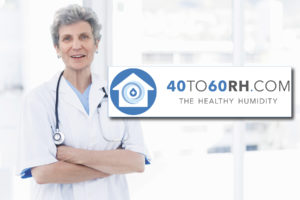 Vermont, United States, 14 May 2020: A new petition has called on the World Health Organization (WHO) to take swift and decisive action to establish global guidance on indoor air quality, with a clear recommendation on the minimum lower limit of air humidity in public buildings, 40to60RH.com, the body behind the petition, said through a Press release. The move would reduce the spread of airborne bacteria and viruses in buildings and protect public health, the release said.

Supported by leading members of the global scientific and medical community, the petition is designed to not only increase global awareness among the public on the crucial role indoor environmental quality plays in physical health but also to call emphatically on the WHO to drive meaningful policy change – a critical necessity during and after the Covid-19 crisis, the release said.

As COVID-19 continues to put pressure on health systems and the economy globally, the group calls on the WHO to review the extensive research that shows an indoor humidity level of between 40% and 60% relative humidity (RH), is the optimum threshold for inhibiting the spread of respiratory viruses, such as influenza, the release said, adding that this is a threshold that many public buildings drop below every winter.

Professor Dr Akiko Iwasaki, PhD, The Waldemar Von Zedtwitz Professor of Immunobiology and Professor of Molecular, Cellular and Developmental Biology at Yale, and an investigator for the Howard Hughes Medical Institute, said: “Ninety percent of our lives in the developed world are spent indoors in close proximity to each other. When cold outdoor air with little moisture is heated indoors, the air’s relative humidity drops to about 20%. This dry air provides a clear pathway for airborne viruses, such as COVID-19. That’s why I recommend humidifiers during the winter, and why I feel the world would be a healthier place if all our public buildings kept their indoor air at 40 to 60% RH.”

According to the release, evidence shows the important role indoor humidity levels play in preventing virus transmission and improving immune system response. The release said there are three key notable findings suggesting why indoor air should be maintained at 40-60% RH in public buildings, such as hospitals, care homes, schools and offices throughout the year:

Dr Stephanie Taylor, MD, Infection Control Consultant at Harvard Medical School, ASHRAE Distinguished Lecturer & Member of the ASHRAE Epidemic Task Group, said: “In light of the COVID-19 crisis, it is now more important than ever to listen to the evidence that shows optimum humidity can improve our indoor air quality and respiratory health. It is time for regulators to place management of the built-environment at the very center of disease control. Introducing WHO guidelines on minimum lower limits of relative humidity for public buildings has the potential to set a new standard for indoor air and improve the lives and health of millions of people.”

Dr Walter Hugentobler, MD, General Physician, former lecturer, Institute of Primary Care at University of Zürich, commenting on the role humidity can play in combatting these dry indoor environments, said: “Raising air humidity by humidification reduces the risk of virus spread in hospitals and other buildings at low-cost and without causing negative effects. It can also be easily implemented in public buildings, both in private and workplace environments with relative ease. Humidification gives people a simple means of actively combatting seasonal respiratory infections.”

The petition, the release said, specifically and directly targets the WHO, due to the pivotal role the organisation plays in setting global guidelines for indoor air quality. Today, there are no recommendations from WHO on the minimum lower limit of humidity in public buildings, the release said, adding that if the WHO publishes much needed guidance on minimum lower limits of humidity, building standards regulators around the world would be encouraged to act urgently.

If these steps were implemented, the release said, there is optimism that the following effects could benefit global health systems and the world economy:

Global guidance on the minimum lower limit of relative humidity for public buildings, the release said, could be a swift, effective and straightforward way for regional governments and organisations to safeguard public health.