Colour, colour, which tower do you choose?

INDUCED-DRAUGHT COUNTERFLOW COOLING TOWER
This is the most efficient design, in the sense that it demands minimum energy on the cooling tower fan power. Broadly, it is the most competitive, cost effective and popular design solution for the HVAC industry. It has the maximum force per unit area for the air in contact with the water droplets falling down the cooling tower, thereby deeming it the least in terms of fan energy consumption. It also has the characteristic tendency to be ‘Tall & Thin’ in dimensions – that is, it has the minimum length and width area with more height, compared to the Induced Draught Crossflow design counterpart, which may be considered ‘Short & Fat’ – meaning, it has more length and width area but a shorter overall tower height. The reason for this is that the heat transfer in the counterflow design moves vertically, whereas the transfer is happening
horizontally in the crossflow design. So, if the client has a space limitation from a ‘Length & Width’ perspective, they may normally find a counterflow design more apt, whereas if they find that the height is more of a restriction in the design, then a crossflow may be a better choice. The disadvantage in the case of the Counterflow design is that the inner components of the cooling tower are not easily accessible during maintenance, unless you are dealing with bigger industrial cooling towers, with capacities of 6,000 USGPMs per cell and above.

INDUCED-DRAUGHT CROSSFLOW COOLING TOWER
The Induced-Draught Crossflow Cooling Tower is the other popular design for end users and consultants alike. The main advantage, apart from the competitive pricing – Crossflow and Counterflow being similar from a price perspective – is that the accessibility of the Crossflow type for maintenance is very easy. Even for towers as small as 300 TR (900 GPM per cell), a maintenance worker may enter the cooling tower through the access door to carry out overall tower maintenance. Although the Crossflow is less efficient in energy consumption in terms of the fan power,compared to the Induced-Draught Counterflow design by around 10-20% on average, it consumes less pump energy, as it utilises less design head on the condenser pump. That is the case, because there is no pressure across the water spray nozzles design in a Crossflow system, relying as it does instead on the gravity flow design. The Counterflow, on the other hand, relies on a pressurised water spray nozzles system and so uses more pump head power on the condenser pump design.

CLOSED-CIRCUIT FLUID COOLERS
The Closed-Circuit Fluid Cooler design has been drafted into the initial project designs for its water-savings advantage but has normally been rejected once the pricing has been declared. Indeed, the pricing normally is at 2-3 times the total cost of a normal Open-Circuit Cooling Tower design, persuading most clients to move away from it. It still has its market, though, in the industrial sector, where the process fluid is required to be clean and free of any contaminants. Its other major advantage is in situations where water availability is scarce, and where the Delta T of the daytime and nighttime ambient temperatures, and summer and winter variance temperatures are large enough. This cooling tower type is not the optimum design for the GCC region; it would be better suited for cold countries with fewer water resources, whereby clients may rely on ‘free cooling’ in the wintertime by switching off the water flow in the fluid cooler and rely on sensible cooling heat transfer, instead.

Aslan Al Barazi is Executive Director at IMEC. He may be contacted at imec@emirates.net.ae. 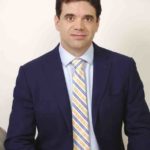