by Hannah Jo Uy
Share on FacebookShare on Twitter
How are cooling tower manufacturers navigating market conditions in the Middle East? What are the opportunities ahead for new and established companies in a highly competitive business environment? Hannah Jo Uy has the story…

The new standard – this is how Jelle Wagelmans, Regional Manager Middle East for Evapco, describes the market condition in the GCC region. For Wagelmans, and many others, it is becoming clear that the golden years following the GCC region’s construction boom are not going to make a comeback anytime soon. In view of this, he believes that in order to have a fair assessment of the current business environment, the market should not be compared with the immense demand seen during earlier years. “Dubai was built out of the desert, so there was a lot of construction required in the first years,” he says, “but still today, business is at a decent level, construction-wise. We put our targets in line with today’s business opportunities, because the “old” days are not coming back, as Dubai is pretty developed already. If you compare aerial pictures taken in the 1990s with pictures of today, you won’t even recognize the city.”

Over the past two years, other markets in the GCC region have seen a similar trend in terms of reduced demand, Wagelmans says. The consumption of concrete in Saudi Arabia, or lack thereof, is an indication of the relatively low number of projects currently executed in the Kingdom, he points out. However, Wagelmans says, new projects are emerging from Saudi Arabia, and it is expected the country will present more opportunities for regional manufacturers in the coming months and years. Sharing his sentiments on the market is Talal Damerchi, General Manager, Hamon Cooling Tower Company, who says, “We are facing headwinds owing to the softening of demand following the slowing pace of construction activity in the GCC region due to the downward pressure of real estate prices.” However, Damerchi says, recently there has been excitement surrounding new markets, especially in Egypt.

Birey Bakanay, Vice General Manager, Niba, shares his view representing a Turkish manufacturer that has recently made a more serious effort to advance its presence in the GCC region. In the past year, Bakanay says, the company secured a prestigious project supplying cooling towers to the Kuwait Airport terminal. “That gave us better hope for future projects,” he adds. For Bakanay, the market continues to hold a wealth of opportunities. “It is clear that the demand is decreasing,” he says. “But this also gives us opportunity to compete with already established competition. When the demand is steady or increasing, the end-users and contractors are usually not looking for new suppliers and going with their usual suppliers. In times of decreasing demand and high competition, they look more into finding new suppliers that they can count on.”

Considering the market conditions, manufacturers are urged to pursue creative business strategies in a bid to strengthen their position in the region. Elaborating on how Evapco is addressing such challenges, Wagelmans says the company is focusing on creating new business channels while working to secure as many of the projects in the market as possible. “We try to orient ourselves to other directions, like inspections of existing installations, greater focus on aftermarket, spare parts and annual maintenance contracts,” he says.

Speaking for Hamon, Damerchi shares that while the company was primarily focused on large District Cooling plants in the UAE and Saudi Arabia, they are exploring other opportunities by increasing their product offering, expanding regional coverage, diversifying the sectors the company supplies to and focusing on replacement and aftermarket through the company’s installation base. Damerchi adds that while the District Cooling market has matured in the UAE, it is still growing in Saudi Arabia and in Egypt, adding that in general, there is greater uptake for standalone water-cooled systems.

AN ISSUE OF CONFORMITY

As manufacturers navigate new market trends, another important aspect weighing heavily on their minds is the level of understanding consultants have on the technical scope of different certifications. Wagelmans believes there is room for improvement when it comes to conformity among manufacturers, especially with regard to the International Building Code. “Evapco cooling towers are all complying to the International Building Code (IBC), but we have doubts that all cooling towers in today’s Middle East market do,” he says. “We are following this international standard as we are global supplier of heat transfer equipment, but we are not seeing this standard specified in the region much, although it is an important standard, because it addresses the product quality: seismic resistance, wind load, etc.”  Wagelmans says that Factory Mutual (FM) certification is becoming the norm in the region these days. “FM is not only about fire resistance,” he says. “FM also covers wind load, seismic load and resistance against air borne debris. There is a lot of testing and a factory audit required before suppliers can get FM certification, and it’s a more known and accepted standard in the GCC region compared to IBC. It is also easier to check, because all FM-approved products, not only cooling towers, are listed on the FM Approval Guide website.”

Explaining why such measures are necessary, Wagelmans says: “Most people think you have a lot of water in a cooling tower, how can it burn? Problems can occur during the winter time when the ambient temperature drops and not all cooling towers are required to operate to cover the cooling load. This is the ideal time of the year for major cooling tower maintenance work and even refurbishment, if required. Even a small spark from grinding or welding works can cause great damage if it drops inside an idle cooling tower, as most standard cooling tower components are flammable to highly flammable, depending on the material of construction that is used.” He points out that this danger has also been recognised in the latest edition of the UAE Fire and Life Safety Code of Practise 2018, in which it is explicitly stated that cooling tower components should be made of noncombustible materials and the cooling tower should be certified as noncombustible. “If not, the cooling tower must be provided with an extra fire protection system, such as a deluge water spray system,” he says. 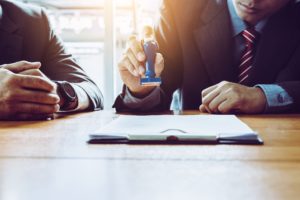 Wagelmans believes it is important to inform people about the differences between different cooling tower certifications programmes, like CTI, Eurovent, IBC and FM which are available today, as some of them, like CTI, already became a standard in the Middle East market, considering that based on his observations greater than 95% of actual project specifications require CTI-certified cooling towers. For Bakanay, CTI as a certification for thermal performance enables a level playing field.

However, Wagelmans says that stakeholders must be aware that not all manufacturers certify their complete cooling tower product line. “As Evapco, we always certify our complete product line, all models and including all accessories,” he says, “Some of our competitors only certify a limited number of models in a certain product line, as this is allowed by CTI. All certified models can be checked on the CTI website, but this might be confusing for customers. Evapco already raised this point to the attention of CTI. If you look at the website, you see brands listed as CTI certified, but if you take a closer look at the details you will notice that only one out of the 40 models is certified in some cases. We understand CTI – they want to make it an open level playing field for everyone; however, it is critical to ensure that all manufacturers are held to the same high standards and that customers understand the criteria required to meet CTI certification. Evapco wants to make certain that the engineering community can firmly rely on the integrity of CTI and the value of CTI certification.” Wagelmans says that some manufacturers tend to avoid certifying the complete product line owing to the additional cost it entails in terms of testing and R&D. “On the other hand, you also have the European alternative, Eurovent certification,” he says. “Eurovent not only executes cooling tower performance testing but also executes a factory audit, each year, so at least customers are assured that a third-party has audited the factory of their cooling tower supplier. This adds great value to the Eurovent certification in our opinion.”

Weighing in on the issue is Damerchi, who emphasises that the market is rife with misrepresentation and misleading certification. “We, in Hamon, believe that one sure approach to test the actual delivered cooling tower on site is by conducting a CTI 105 Test,” he says. “Factory certification is good but is only valid for small packaged towers that can be tested in the factory. We believe that for large site assembled cooling towers, the only true, possible certification is CTI 105 site testing.” For Damerchi, the willingness of a company to invest into conforming with the highest standard depends on the company’s willingness to protect its standing in the market. He says that Hamon, as a global company, aims to stick to international standards through projects verified by CTI performance testing, and to actively participate in setting up high standards in Engineering, Procurement and Construction (EPC). “We see the same attention to quality from our competitors who stick to CTI testing and are members of Eurovent,” he says. “We are very proud of our reputation, so we will not risk our reputation by taking any shortcuts. Obviously, we can’t say the same about new entrants, who might try to take shortcuts to save cost.”

Wagelmans points out there are two ways the industry can battle such bad practices. The first, he says, would be to educate the consultants on the nuances between certifications and to help them ask the right questions. However, Wagelmans says, doing so entails having a greater understanding of the different kinds of consultants in the market. “I would categorise them in three groups,” he says. “Some are very experienced and up to date on the latest developments in the industry, they know what they are talking about and offer high-quality specifications to their customers. The second group are aware of the available standards, but the contractor’s position in the project is strong, for example Design and Build projects, and the consultant’s influence is limited. Contractors will always have a limited budget and try to reduce the cost of equipment as much as possible, even if this is in opposition to local regulations. The responsible government authorities will play a key role in these projects, as they will need to make sure all equipment installed by contractor is in line with local regulations. Fire and life safety are of utmost importance, in my opinion, and can’t be compromised on. The third group would be people who are not up to date but willing to listen to manufacturers and learn about the latest updates on available standards and products.”

Over and above a campaign to educate the market, Wagelmans says, a fixed regulation to enhance market surveillance would be very helpful in battling misrepresentation in the industry as a whole. “If you can put a certain quality standard in the market, stakeholders will benefit from it,” he says, “but the standard should be based on input received from manufacturers, so it will offer a fair chance to everyone but still allows for high-quality products and encourages more due diligence.”

Hannah Jo Uy is Assistant Editor at Climate Control Middle East magazine. She may be contacted at hannah@cpi-industry.com