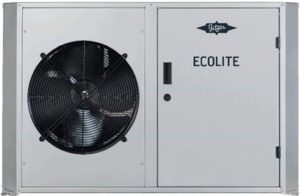 SINDELFINGEN, Germany, 22 August 2019: BITZER has expanded its range of condensing units to include a new series, comprising seven air-cooled ECOLITE models, the company said through a Press release. The models have been designed for low- and medium-temperature applications and are available in an attractive housing, the release said.

Among the models are three ECOLITE LHL3E condensing units with one fan and four LHL5E models with two fans. They open up a wide range of applications, from 1.5 kW to 5 kW in the low-temperature refrigeration range, and from 3.5 kW to 16 kW in the medium-temperature range, the release said. The models typically can be applied in cold stores, display counters and small shops, the release said. Their compact, low-sound design and the use of efficient components, in combination with the capacity control of the semi-hermetic compressors, make them exceptionally adaptable, the release said. 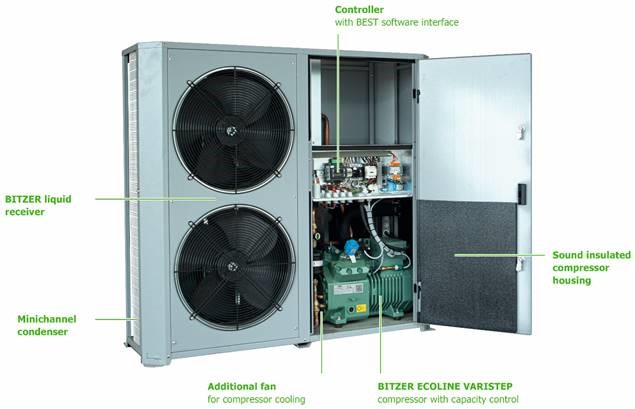 According to the release, the entire series is Ecodesign-compliant and has been designed for use with common refrigerants, including those with a low global warming potential, such as HFO blends. The extensive equipment and plug-and-play concept, the release said, make installing and commissioning the condensing units very quick and easy.

According to the release, all the components of the ECOLITE condensing units are easily accessible, whilst its controller offers intuitive operation and enables use of the BITZER Electronics Service Tool (BEST). BEST, the release said, assures a user-friendly overview of parameters and the operating status and also offers support via a data logging function and the convenient setting of parameters.