by Hannah Jo Uy
Share on FacebookShare on Twitter
Industry stakeholders question whether the move is too much too soon; share recommendations for a smooth market transition

Dubai, UAE, 5 August 2018: Earlier in May, Oman announced the implementation of GSO 2530:2016 on Energy Labelling and Energy Performance Requirements for Air Conditioners, to be rolled out in November. Syed Jafar Imam, Regional Director, AHI-Carrier, said that following the announcement, the company has discussed the issue with regulatory authorities in Oman. “It’s good to go for regulation,” Imam said. “They can control and make best use of resources, which is electricity. Going for regulation means phasing out underperforming units and bringing in products of higher efficiency, which means less electricity consumption.” A country-wide move towards energy-efficient products, he stressed, will have positive impact and savings on the national grid. 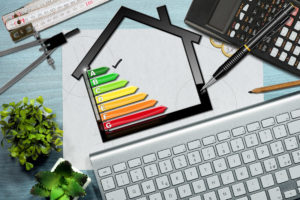 Michel Farah, Director – Corporate Environmental and Social Responsibility, Daikin Middle East and Africa, said Oman’s 11.5 minimum standards puts the country one step behind Saudi Arabia, which has moved to MEPS 3 at 11.8, and on the same level as Bahrain. “This is good for Oman, the industry is aligning and harmonising with other countries in the GCC region,” he said. “From our point of view, if you are ready for Bahrain you would be ready for Oman, because the same levels are required in Bahrain as of last month.” Daikin, Farah said, has been proactive in showcasing the benefits of having minimum energy efficiency standards in the country. “They didn’t have it,” he said. “It meant all the low-efficiency products were entering the market, and they realised they need to go quickly and they used the GSO standard.” Farah added that greater clarity would be helpful in specifying whether rooftop units and multi-splits fall under the scope of the regulation.

Kartik J Raval, General Manager, Leminar Air Conditioning, said that while the regulation is a good push, the time frame is challenging. “They are straightaway implementing stage two for the Oman market, higher than current regulation in UAE,” he says. This, he said, is a challenging shift for a country, where no regulation previously existed, especially with the looming deadline. Oman, he said, is purely an R-22 market, which would not be able to meet the efficiencies the new regulation requires. Indirectly, Raval said, it will push for R-410A products, which – while commendable – would require more time.

As for the difficulty the regulation may pose with existing orders, Farah said “If someone has a contract for delivery after November, the regulatory authorities should be open to such cases where if you prove the contract was made before the date of the announcement, in May they should allow the product to be [brought in].” Imam also touched on the impact the regulation will have on consumers. “Since there is no regulation and no first phase, it’s tough for people operating in a non-regulatory market,” he said. Any fixed-speed unit that meets the standards of the second regulation, he said, will be 30% more expensive, and inverters will be almost 50% more over the current base price. “If the current base price in the non-regulated market is 100,” he stressed, “tomorrow with second phase of 11.5 EER, a fixed-speed product will be 130. Some brands can’t do this with fixed speed, they will do it with inverter. There will be additional savings apart from fixed-speed, [but] consumer base will be paying as much as up to 150.”

The hard stop, Imam said, is not possible, or else retailers and stakeholders will be sitting on inventory. “You need to give a cool-off period from nine months to one year,” he said adding that, this amendment should entail that whatever enters the market before November could be sold until the next year, to get rid of dealers’ existing products. Such a mechanism, he said, will help the market get accustomed to the new regulation and will not be heavy on the pocket of consumers. “A mental shift will be happening in the progress,” Imam said. “People will know the future is this; they can see price tags changing on the shelves for new product lines. They may ask for the old products now, but everyone knows, companies and people are prepared, the mental shift would have happened.” This, he stressed would help towards making a gradual and smooth transition.

Hannah Jo Uy is Assistant Editor at Climate Control Middle East magazine. She may be contacted at hannah@cpi-industry.com