by CCME Content Team
Share on FacebookShare on Twitter
ISK-SODEX Istanbul, recognised as the third-largest HVACR fair, globally, received a more diverse range of international visitors in its 2018 edition, thus providing a snapshot of global trends driving the industry. Exhibitors showcased their latest innovations and current product ranges, shared their strategies for penetrating local and overseas markets and explained how they are navigating an increasingly homogenous business environment that puts a premium on efficiency, quality and cost. In this comprehensive coverage, Hannah Jo Uy of Climate Control Middle East presents profiles of those that participated... 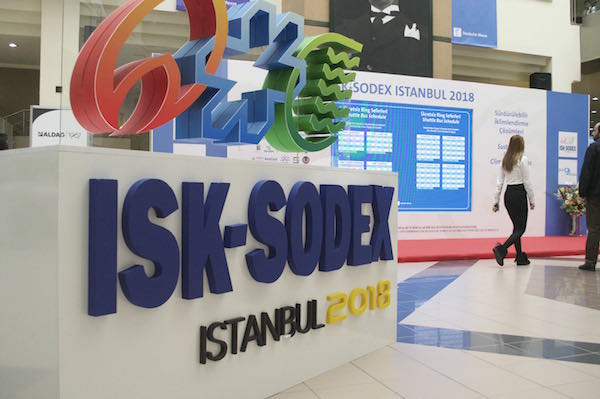 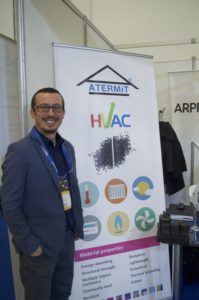 German company, Blauberg Ventilatoren, is a regular fixture in ISK-Sodex, said Alexander Pawlenko, Senior Export Manager. The ventilation company, he said, is focusing on energy-saving technology through its EC motors, as well as providing integrated solutions for energy and heat recovery. Pawlenko said he believes 90% of the group’s products can be sold in the Turkish market and that the country could be a hub for many African nations, in view of Turkish construction companies’ projects in countries such as Kenya, Ethiopia and Nigeria. 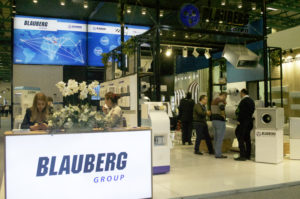 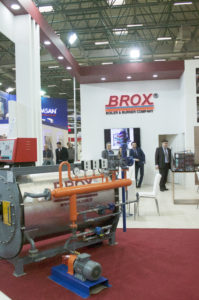 Brox showcased its product range in the field of thermodynamics and its portfolio, which includes steam boilers, thermal oil boilers, and steam generators. Ibrahim Mahli, Foreign Trade Manager, said the company is also dealing with waste-recycling equipment. Mahli said the Turkey-based manufacturing company highlighted its thermal oil boiler, used mainly in oil factories. The oil, he said, can be heated at 200 degrees C, at low pressure and promises to be a safe system.

In addition to its standard range of products, BVN highlighted its internal jet fans of up to 1,600 diameters. Can Kağan, Export Sales and Marketing Manager, said it is the first time the product is being introduced and that internal jet fans with fire-resistance properties are gaining popularity. He added that the company’s product could work at up to 400 degrees C, for up to two hours. Kağan also said the company manufactures external rotor motors and provides OEM options to international manufacturers. 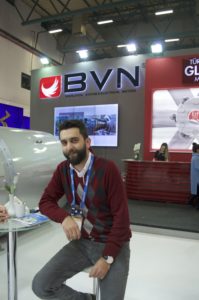 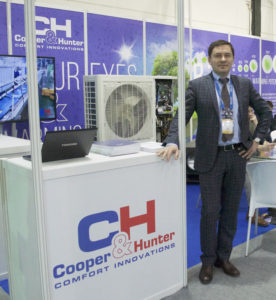 Cooper and Hunter highlighted its existing range of air conditioning systems, including split type, multi splits, heat pumps, VRF systems and light-commercial products, such as cassette and duct-type systems. The company’s global strategy, said Sergey Kozyk, Commercial Director, East Europe Division, is to cooperate with local partners for sales, installation, and service and maintenance support. The company, he added, is looking to enter the Middle East market. Kozyk added that R-32 is becoming the refrigerant of choice, especially in the European market and even in countries such as Turkey, which are not required to comply with EU regulations. Kozyk said that there is significant uptake for split-type air conditioners, mini splits and VRF systems in Turkey.

FAF Valve Company, in addition to highlighting its product range, emphasised its production capacity. Hashmi Khan, Area Sales Manager, said the Turkey- based company is manufacturing valves up to BN 2000 and has reached the South American and Russian market. Khan added that Turkish manufacturers are slowly gaining more acceptance in the GCC region market. 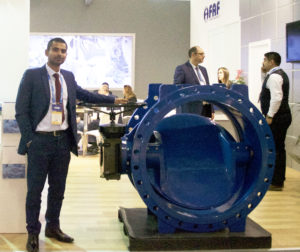 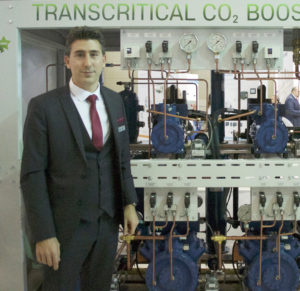 Frigo Block exhibited new-generation refrigeration systems with trans-critical CO2 booster, propane chillers and retrofit central systems. Ulaş Sinan Aslan, Export Manager, said the product range was developed to address demand in the market for new-generation and environmentally safe refrigerants. The compressors, he said, are from Germany, but the unit is designed and produced in Frigo Block’s factory. The product, he said, is being introduced to the Turkish market for the first time, to highlight the company’s compliance with EU regulations. Europe, he said, has been a good market.

Friterm showcased its products related to refrigeration, in addition to its products for energy power plants, which include dry coolers, oil coolers and two types of adiabatic dry coolers – one with a PET system and another with an eco-mesh system. The company highlighted its ammonia evaporator, which Serdar Tümen, Business Development Manager, said has Eurovent certifications. The company also showcased its glycol evaporator, air-cooled condenser with energy-saving fans, AC fans, EC fans, step motor control fans, coils with aluminium tubes and aluminium casing, and copper and coated coils. The company additionally showcased a number of coils, developed as per customer requirements. Tümen said the spiral coils, fins and tubes of carbon can be used for steam turbines, and serve as examples of the new offerings of manufacturers in Turkey. 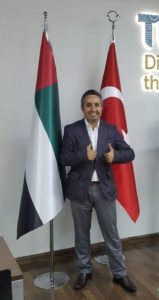 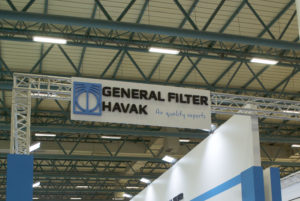 A joint venture between Italian company, General Filter and Turkish manufacturer, Havak, General Filter Havak showcased its full range of air filters. Ahmet Gökşin, General Manager, said the company has a comprehensive solution, including simple cassette filters, HEPA filters and activated carbon filters for orders, as well as a full range of gases. The company, Gökşin said, is distributing to Europe, Middle East, Asia and North Africa and is looking to further improve production. The filter market in Turkey, he added, is growing and that there has been increased emphasis on energy efficiency. 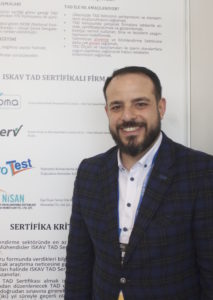 ISKAV (Heating Cooling Air Conditioning Research and Education Foundation) expressed its commitment towards improving the knowledge and standards of the HVAC industry during the show. Barbaros Dİnçer, Project specialist, spoke about the foundation’s efforts to enhance quality, emphasising that he hopes human capacity in Turkey will be more focused on both technical and management aspects. Dİnçer said the foundation organises lessons on export and import practices, testing, adjusting and balancing (TAB) and other technical programmes, along with notable universities.

Istanbul-based Itech Cooling Systems highlighted its standard units with heat pump chillers for heating and cooling. Oktay Kahraman, Export Manager, said the company previously produced plastic auxiliary equipment before moving to HVAC, with chillers ranging from 2 kW to 1,750 kW. Kahraman said the company has presence in Europe and Russia and is looking to expand its presence in North Africa. He added that the company’s special models have Eurovent certification. Speaking on trends in Turkey, Kahraman said the company has seen an uptake of VRF technology and chillers. 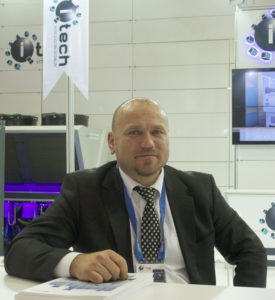 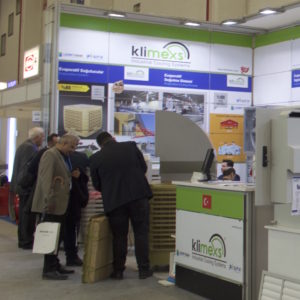 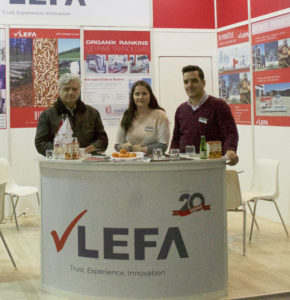 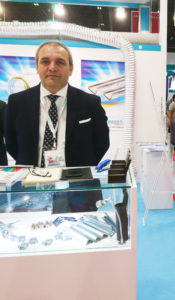 Turkey-based Makroteknik highlighted its range of products, including flanges, profiles, connectors and air channels, as well as supporting accessories. Nurettin Ozdemir, General Manager, said the company works on promoting its own products and encouraging distribution to various sales channels. Ozdemir emphasised the strong after-sales support the company offers in terms of applying and installing air channels, as well as certificates, to ensure compliance with global standards.

Turkey-based Makro Test highlighted the technical knowledge and expertise associated with its services. Işik Yücesoy, General Manager, said the company offers HVAC Testing, Adjusting and Balancing (TAB) and validation of clean rooms, among other services. Yücesoy said the company is certified and offers its solutions in Turkey, Azerbaijan and Turkmenistan, among other countries. The company, he said, is looking to enter the UAE – Dubai, in particular. 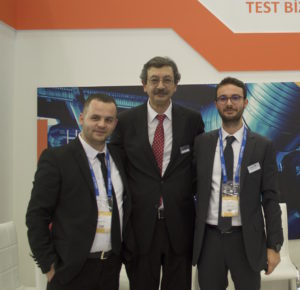 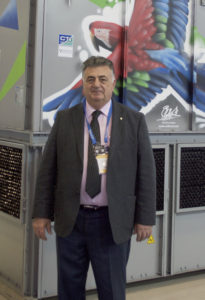 Speaking on behalf of both CENK and Niba Cooling Towers, Ersan Bakanay, Mechanical Engineer, CENK, shared that originally CENK was developed in relation to Cooling Towers, whereas Niba, while also providing cooling towers, focused on packaged units. Recently, Bakanay said, both companies have made new certified designs for cooling towers, which includes standard towers, hybrid towers and adiabatic towers. Bakanay said the company also produces FRP cooling towers and that these have passed through standard C production. Bakanay shared that he has seen demand for packaged units in Turkey and that the company is trying to sell directly to other markets. Bakanay added that the company has seen demand to upgrade old and existing cooling towers in countries such as the Czech Republic, Ukraine, Belarus and Uzbekistan. 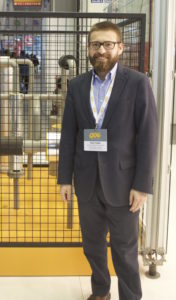 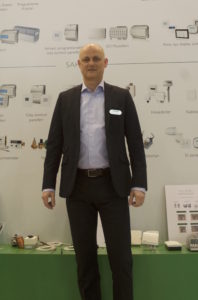 Swedish-based Regin highlighted its Building Management Systems, controllers, software, valves and actuators, which Peter Winberg, Country Manager, said reflects the company’s move to further enhance its presence in Turkey. Winberg said Regin has been present in the local market for 15 years and, of late, the company has seen an increasing emphasis on energy-saving features from stakeholders. 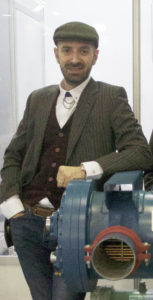 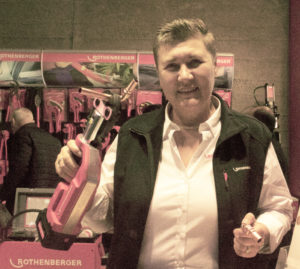 Rothenberger showcased a new connecting system for copper pipes for air conditioning and refrigeration applications, as well as its existing product range. Ingried Gerber, Technical Instructor, said the current practice among installers is to braze. However, Gerber said, the system, “connects and creates the press fitting in merely three seconds”. She said workers “see with their fingers” and feel the robust quality of the end result. 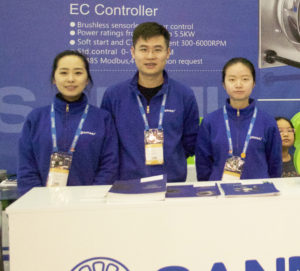 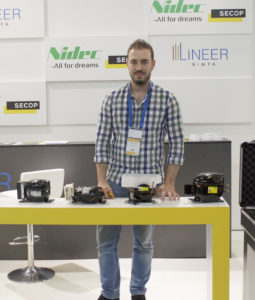 Secop, specialising in compressors and refrigeration, highlighted its range of products for natural refrigerants. Özkal Sönmez, Application and FS Engineer, Middle East and South Asia, said the company has significantly invested to develop natural refrigerant compressors following global environmental initiatives. Secop, he said, has positioned itself for a market that will shift to natural refrigerants, particularly in Europe, where awareness towards global warming and ozone depletion is palpable. In Turkey, he said, a lot of companies still use R-22, which he described as a refrigerant of the past.

Seeley International announced the appointment of Erkom, a Turkish company, based in Ankara, as the new official distributor for Turkey. Francesco Checcacci, Sales Manager, Europe, Asia, Africa, shared that Erkom will facilitate the distribution of Breezair evaporative coolers to the local market and will address new installations, maintenance of existing units and supply of spare parts. Checcacci said that the Turkish market is the most important for the company in terms of units sold in EMEA and that it is looking forward to the positive outcome of the stable partnership and to having an exclusive distributor. 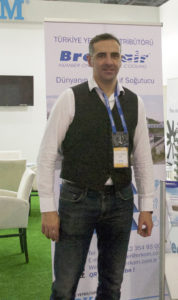 Systemair HSK demonstrated two new products, said Ayça Eroğlu, General Manager. The first, Eroğlu said, is a DX unit with cooling equipment and the second is a DX air-handling unit. All of the cooling equipment, she said, is in the air-handling unit and no chiller is needed. The main purpose of the unit, she said, is to eliminate bad odour in food courts as well as for use in hygienic applications. The booth also showcased other Systemair products, such as fans, Frico air curtains, water-source rooftop cooling units and heat pump fan-coil units, among others. She emphasised that the company aims to be a “solutions provider not merely an equipment supplier”, to Turkey and international markets.

The Association of Refrigeration Industry and Businessmen (SOSIAD) participated in the show to represent the interests of its 90 member companies and to strengthen communication channels. 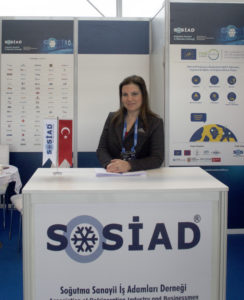 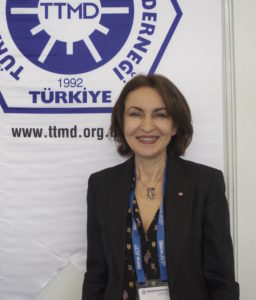 Handan Özgen, Foreign Affairs and National Associations Coordinator, expressed positive feedback towards the event. The main objective of the association, she said, is to share knowledge, theory and experiments, to help advance innovation within the industry. She said the body organises seminars, lectures and symposiums to promote correct information and improve industry practices. In an effort to cultivate further integration, Özgen said, TTMD has started to induct architects in the association. The move, she added, would foster a more cohesive dialogue among stakeholders.

Üntes exhibited products for the international market and emphasised its commitment to quality by highlighting the company’s testing laboratories in its factory in Ankara, said Serkan Uzun, Export Sales Director. Uzun said the company has four laboratories, two for chillers and heat pump units, one for packaged units and another for fan-coil units. The company, he said, manufactures water chillers and heat pumps for commercial buildings. Uzun also highlighted two of the company’s products – the first being the tropical rooftop packaged units, especially for T3 conditions in GCC countries, which, he said, can work up to 55 degrees C. The second unit Untes has recently introduced is its new range of air terminal units, which, Uzun said, is three times higher in capacity than the available ranges and has almost 35 kW cooling capacity.