by CCME Content Team
Share on FacebookShare on Twitter
With nearly a year having gone by since Saudi Arabia's Vision 2030 was unveiled, Climate Control Middle East takes a look at what the Kingdom has been doing to ensure that its policies and programmes are aligned with the transformational reforms outlined in the framework, and how the HVACR industry is faring in the resultant economic climate. 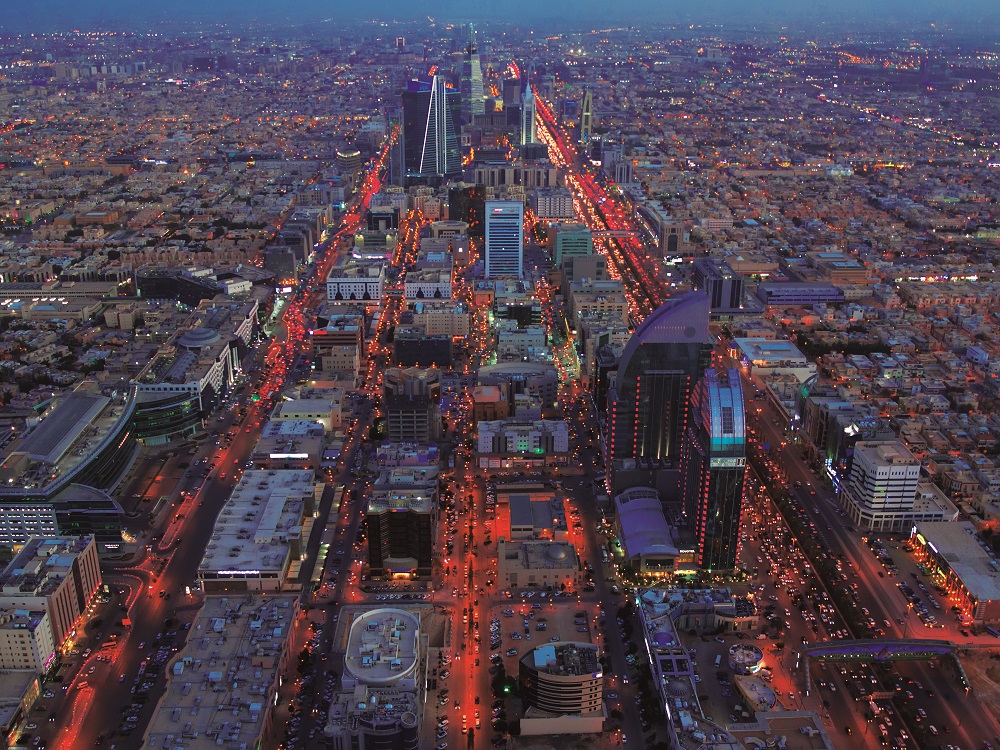 Anchored to the themes of “a vibrant society, a thriving economy and an ambitious nation”¹, Saudi Arabia’s reform blueprint, Vision 2030, generated plenty of interest when it was unveiled in April last year, with government and industry leaders from different parts of the world applauding the Kingdom’s plan to embrace a post-oil era, characterised by a diversified economy and a dynamic private sector.

Despite the general sense of approval that met the announcement, however, there was also much speculation on how exactly the country was going to achieve the various ambitious goals it has set for itself – goals that include placing among the top 15 largest economies in the world; developing its renewable energy production capabilities, with an initial generation target of 9.5 GW, for 2023; raising the GDP contribution of its private sector from 40% to 65%; and increasing government income from non-oil activities to SAR 1 trillion, from SAR 163 billion.¹

That question was, in a way, answered when the country soon after launched its National Transformation Program (NTP) 2020, which identifies targets and objectives for 24 government agencies operating in the economic and development sectors. An objective named for the Ministry of Economy and Planning, for instance, is to improve the efficiency of the country’s subsidy schemes, with a 2020 target of lowering the value of its water and electricity subsidies by SAR 200 billion. The Ministry of Municipal and Rural Affairs, meanwhile, has been given the task of promoting “sustainable and balanced urban development” in the different cities and regions of the Kingdom, with the population growth rate in small- and medium-sized cities serving as a key performance indicator.²

Our harsh climate requires HVACR systems in each single house. So most of these housing projects will be designed with energy-conservation measures in place

Further expression of Saudi Arabia’s commitment to its Vision goals can be found in the details of the country’s national budget for 2017. According to a document released by the Ministry of Finance, of the SAR 890 billion estimated expenditure budget, SAR 42 billion has been earmarked for NTP initiatives. The document also mentions the establishment of the National Efficiency Energy Services Company. “The Company,” the document states, “will provide audit, management, supervision and implementation project services to raise energy efficiency in the private and public sectors.”³

The HVACR picture
By the look of things, it would appear that Saudi Arabia is bent on implementing the sweeping change it declared it wanted, when it unveiled Vision 2030 almost a year ago. But what has its reform road map – and the schemes it has spawned – done for the HVACR industry? What does it, and what could it, mean for HVACR stakeholders?

For Khalid Al Mulhim, Business Development Director of Suhaimi Design – Protecooling, Vision 2030, owing to its focus on the preservation and efficient utilisation of resources like hydrocarbons, will encourage the use of alternative energy sources.

“Clean energy sources will add value to the HVACR industry in limited applications,” he says, “such as absorption chiller systems, where steam can be generated with solar as the energy source.” He underscores, however, that lifecycle costs must be carefully studied, explaining: “Cost and space requirements, as well as water consumption, will be higher than conventional systems.”

Other than promoting clean energy sources, Saudi Vision 2030 will “expedite the development of new regulations related to energy conservation and enforce energy performance requirements”, says Al Mulhim, adding that these, in turn, will lead to the adoption of new technologies, which he believes will have a direct impact on manufacturers and other stakeholders, in the sense that they will be pushed to consider “a new philosophy”, when designing systems and to select solutions that meet energy efficiency goals.

And then, of course, there’s the expected boom in construction activity resulting from the Kingdom’s determination to increase revenues from non-oil sectors like tourism and healthcare, and to develop the country’s smaller-sized cities. The Ministry of Housing, for example, already has numerous projects under development in various parts of the country, Al Mulhim points out, noting that housing projects present numerous opportunities for the industry.

“Our harsh climate requires HVACR systems in each single house,” he says, “so most of these housing projects will be designed with energy-conservation measures in place, including envelop insulation and air tightness to prevent air infiltration. Based on my knowledge, these projects will be installed with mini splits or centralised AC systems for the common areas. Our local manufacturers and competitive international suppliers should see, in the coming years, an increase in sales for small AC units.”

Vision 2030 will drive the energy-efficient technology race among manufacturers

To take advantage of said opportunities, Al Mulhim recommends two courses of action for members of the industry. “Manufacturers should approach the Ministry of Housing to introduce the latest in building insulation and in small AC units,” he says. “And Ministry staff or representatives should be given special invitation to participate in events and expositions showcasing HVACR systems and building materials.”

Al Mulhim further suggests that the manufacturing community, in order to do its part in helping the country achieve Vision 2030, “provide the technical staff in the government sector with technical presentations and engineering bulletins to highlight new developments in the HVACR industry that are related to energy saving and reliability”.

Spotlighting District Cooling
Describing Vision 2030 as “an excellent move that will not only reform and strengthen Saudi Arabia but also provide much-needed economic stability to the GCC region”, Abdulsalam Abdulqader Al Mobayed, CEO of Saudi Tabreed Operation & Maintenance Co, shares Al Mulhim’s prediction that the framework, by highlighting sustainability and energy conservation, will prove to be good for the HVACR industry. “Since HVACR occupies a very important role in the area of energy consumption,” says Al Mobayed, “there will be a definite need for new technology applications from the industry. I anticipate the effect [of the Vision] on the HVACR industry in Saudi Arabia to be very positive, in that it will drive the energy-efficient technology race among manufacturers.”

Besides spurring the conception of new technologies, Vision 2030 will see District Cooling replacing conventional cooling systems, he adds, saying: “In 2016, two major changes were seen, one being the inclusion of cooling under the regulation of the ECRA (Electricity and Cogeneration Regulatory Authority). The second is the decree by the Council of Ministers enforcing government developments to adopt District Cooling if their capacity exceeds 15,000 TR.”

The decree, says Al Mobayed, is a significant step towards moulding public- and private-sector perception and bringing about recognition of District Cooling as “the most efficient and reliable solution for air conditioning applications”.

Speaking about what his company is doing to align itself with Vision 2030, Al Mobayed reveals that the organisation’s leadership “has been planning extensively” and is “working with governmental bodies in spreading awareness of District Cooling and its advantages to the national economy”.

While acknowledging the progress that has been made in the District Cooling arena, Al Mobayed stresses that there’s still room for improvement. “As a District Cooling provider, we have evolved from the challenges of the past, such as electricity, water and project financing,” he says. “Moving forward, however, the Saudi Arabia government can boost the industry by introducing attractive power rates and building chilled water networks as part of government infrastructure.”

Opportunities abound
Notwithstanding his opinion about what the government can still do for the District Cooling industry, Al Mobayed is optimistic about what’s to come. He adds that he and the rest of the team at Saudi Tabreed Operation & Maintenance Co “see huge prospects for our expertise in existing plants and in the new plants being constructed” and that they are expecting a good year ahead. “2016 was a bit sluggish, yet not as bad as it was anticipated,” he says, adding that he believes 2017 will be a year of reforms that will “positively impact the future of the Kingdom”. 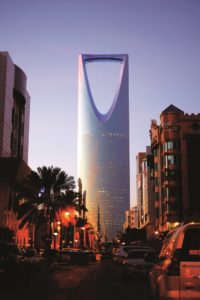 Al Mulhim holds the same optimistic outlook, saying: “I believe that many projects have already been deferred owing to the economic recession and the state of the oil prices in 2016. In 2017, maybe there will be new investment initiatives from private and government sectors for existing buildings, institutions and industrial facilities to deliver savings as well as improve reliability, performance and comfort.”

Continuing on the topic of what he expects from the industry this year, he says that the Kingdom will probably witness a push for the optimisation of cooling towers and chillers, and for the upgrade of HVAC controls and BMS, as well as a rise in demand for thermal storage tanks, pumping hydronic controls and solar-powered absorption chillers.

On retrofit prospects, Al Mulhim shares that his company has already begun responding to the demand in the market. “We are already involved in projects that align us with the Saudi Vision,” he says. “We are meeting client goals to reduce energy consumption through system retrofits. We do detailed energy calculations and financial analysis of our proposed energy efficiency measures for both short-term and long-term.”

Wait and watch
While there’s no denying that Saudi Vision 2030 is helping draw attention to the need for energy-efficient technologies, it is not an issue that came up only when the framework was unveiled, nor is the news of rising construction activity in the country.

A market report published by TechSci Research before the launch of the Vision, for instance, talks about the Saudi government initiating “a number of construction projects valued at around USD 80 billion”. Those reportedly include the construction of economic cities and metro rail networks – mega projects that are expected to increase demand for commercial and residential HVACR systems.4

According to the report, the Kingdom’s HVACR market, which “grew at a CAGR of around 10.1%, in value terms, during 2011-2015”, is forecasted to “grow at a CAGR of 13.11%” during 2016-2021. Among the factors contributing to the growth of the market, adds the report, is the “implementation of new rules and regulations by the government pertaining to the use of energy-efficient HVAC machines”.4

The report further points to thermal insulation and District Cooling as among the sub-markets that will be benefiting from the increasing attention being afforded to energy conservation. The country’s thermal insulation market, which reportedly stood at USD 314.43 million in 2015, is “projected to reach USD 449.82 million by 2021”. The District Cooling market, on the other hand, is expected to “grow at a CAGR of 17.15%, in volume terms” during the forecast period of 2016- 2021.

In the story Climate Control Middle East ran on the unveiling of Saudi Vision 2030 (“The Kingdom enters a new era”, July 2016 issue), a few of the industry insiders who shared their insights on the topic expressed their approval of the planned reforms, but noted that only time will tell if they will be carried out – and how well they will be carried out.

There’s still a long way to go before 2030, but Saudi Arabia’s Vision does seem to be making itself felt. Whether or not it will help the HVACR industry live up to the expectations of its performance in the market, however, is perhaps a question that, again, only time will be able to answer.