Countering the counterfeit – the war continues

One of the critical problems plaguing the HVACR industry is the flood of counterfeit products in the market. Experts point out that these fakes pose a serious threat to the environment, economy, and to the consumer.

In this regard, Naveen Sivakumar, Marketing Manager at Danfoss, said, “Counterfeit products do not just affect the economy, but there are significant concerns, such as safety issues and its impact on the environment because they lack the engineering, testing and meeting of specific industry standards.”  He added that the fake systems do not have lasting stability. 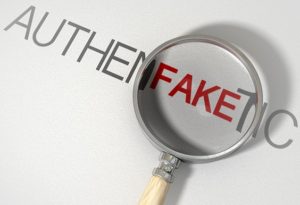 Citing an example, Sivakumar said, “In refrigeration, expansion valves are considered to be the brain of the system, and if this particular valve is faked, it can have adverse effects on the consumer.”

In Sivakumar’s view, 95% of the fake products come from China, while five per cent are from Taiwan, and Dubai is used as the major hub for distribution, especially to African countries like Nigeria.

Voicing similar concerns, a source from Dubai Municipality said, “Although the fakes come cheaper than the originals, yet they pose a serious safety issue to consumers and the environment.”

On regulations, the source said, “Whenever anyone identifies a supplier of fake products, they should report it to the authorities, after which, a joint investigation between multiple agencies is carried out, following which, raids are conducted and criminal charges are pressed if necessary.”

Sivakumar, on his part, added that Danfoss, along with the Dubai police and other government agencies, conducted sting operations in Dubai, and got the counterfeit product dealers arrested.

The source also said, “With technology, it has become easy to produce counterfeit products. However, the composition of raw materials in these products is of inferior quality.”

On spotting fakes, the source suggested that consumers should look for identification marks, irregularities in engineering designs of the finished product and differences in logo designs.