Why do we have to produce enough food to feed 10 billion people?

by Surendar Balakrishnan
Share on FacebookShare on Twitter
Over 160 delegates gathered at the 3rd World Cold Chain Summit to discuss the progress the world has made in minimising food loss and food wastage, and the challenges that lie ahead to eradicate hunger, strengthen livelihoods and lower greenhouse emissions. 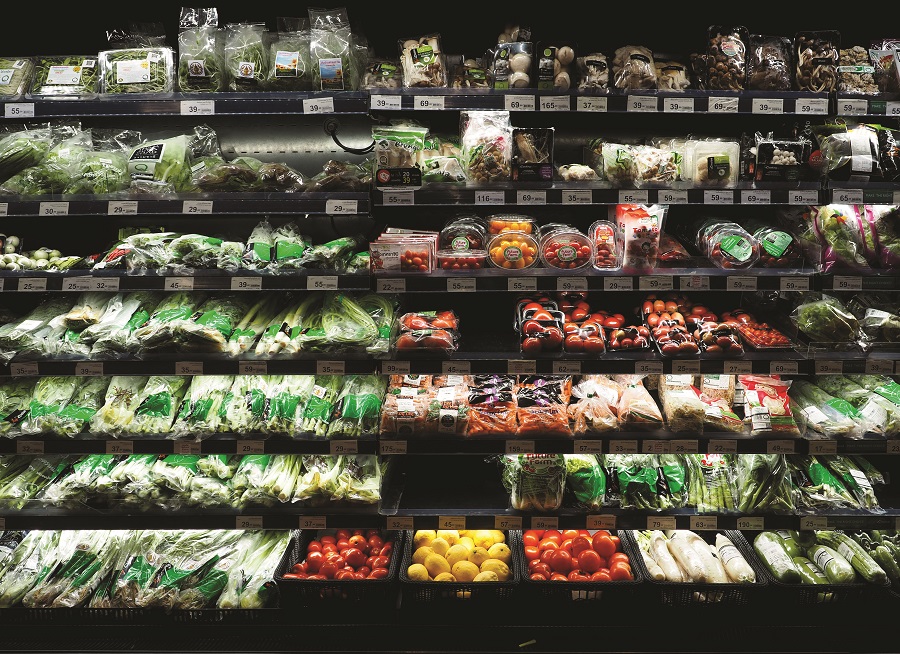 Food loss and food wastage are akin to metaphors for irony in a world desperately battling hunger, malnutrition and social inequality. Speaking at the 3rd World Cold Chain Summit, which ran from November 30 to December 2, 2016, in Singapore, John Mandyck, Chief Sustainability Officer of UTC, drove the point home when he said: “We produce food for 10 billion people. The global population is seven billion, and only six billion are actually fed. We need to waste less to feed more. Tonight alone, one in nine people will go to bed hungry without enough food.”

Mandyck’s (see related article, titled “Hidden Source”) was one among other voices of anguish, calling out for policies, strategies and solutions to ensure the world does not go hungry. Largely speaking, the answer to the challenge lies in a strong cold chain, the fulcrum of discussions in Singapore. According to estimates by the International Institute of Refrigeration (IIR), 23% of food loss in developing countries is owing to lack of a cold chain. In Mandyck’s words, less than 10% of the perishable food is refrigerated today, and that is one of the reasons the world is losing food at the distribution level.

Examples abound to prove the points made by IRR and Mandyck. In Singapore, representatives from countries around the world spoke of how a better cold chain structure, combined with greater awareness of how certain food types experience thermal distress, would go a long way in minimising food loss. Dr Sylvain Dabadé, Assistant Professor of Food Quality and Safety Management at the University of Abomey-Calavi in Benin, a country with a population of 11 million, and with agriculture contributing to 35% of its economic output, spoke of how an inadequate cold chain structure is wreaking havoc on potential for export and economic growth. The western African nation, he said, experiences temperature in the range of 25 and 33 degrees C and relative humidity in the range of 70 and 85%. The need for a strong cold chain is obvious and yet the country, he said, is plagued by supply chain characteristics that include lack of equipment and facilities for cold storage and a lack of refrigeration during transport, resulting in food losses up to 50%. He cited the example of how fish harvested from the sea experience thermal abuse along almost the entire chain. “They don’t use ice, so the fish is kept at 28 degrees C,” he said. Specifically pointing out to the shrimp industry in Benin and quoting figures pertaining to the period 2003- 2006, Dr Dabadé said that lack of adequate cold chain resulted in a loss of 60,000 jobs and 10 million euros in revenues. The country extensively exports its harvest from the sea to countries in the European Union. In view of that, Dr Dabadé suggested that importing countries ought to consider providing technical and managerial assistance to exporting countries like Benin with limited resources to maintain a cold chain.

We have been growing bananas for a long time. Even after 50 years of experience, we experience 40% losses

Dr Majeed Mohammed, Professor at the University of the West Indies, presenting on behalf of the Caribbean, spoke of how the Central American region is equally afflicted by the lack of a strong cold chain structure. Speaking of gaps in the cold chain, Dr Mohammed described how vehicles that bring in produce from the farms, are not refrigerated or ventilated. As a result, the produce may be exposed overnight or for two days, before they are loaded into chilled rooms, he said. “They are in four degrees C and then put in ambient trucks and then into shelves,” he said. “There are challenges in air transport, as well. Sometimes, the fruits and vegetables are brought in trucks with no refrigeration and ventilation, and airport authorities insist they should be brought to the airport five hours before, and there they stand in ambient conditions.”

Another key area of concern, he said, is the lack of education and awareness on cold chain and on food characteristics, in general. He spoke of how incompatible commodities are kept in the same room, the result is condensation in carrots, which begins to sprout while in storage, to cite one example. 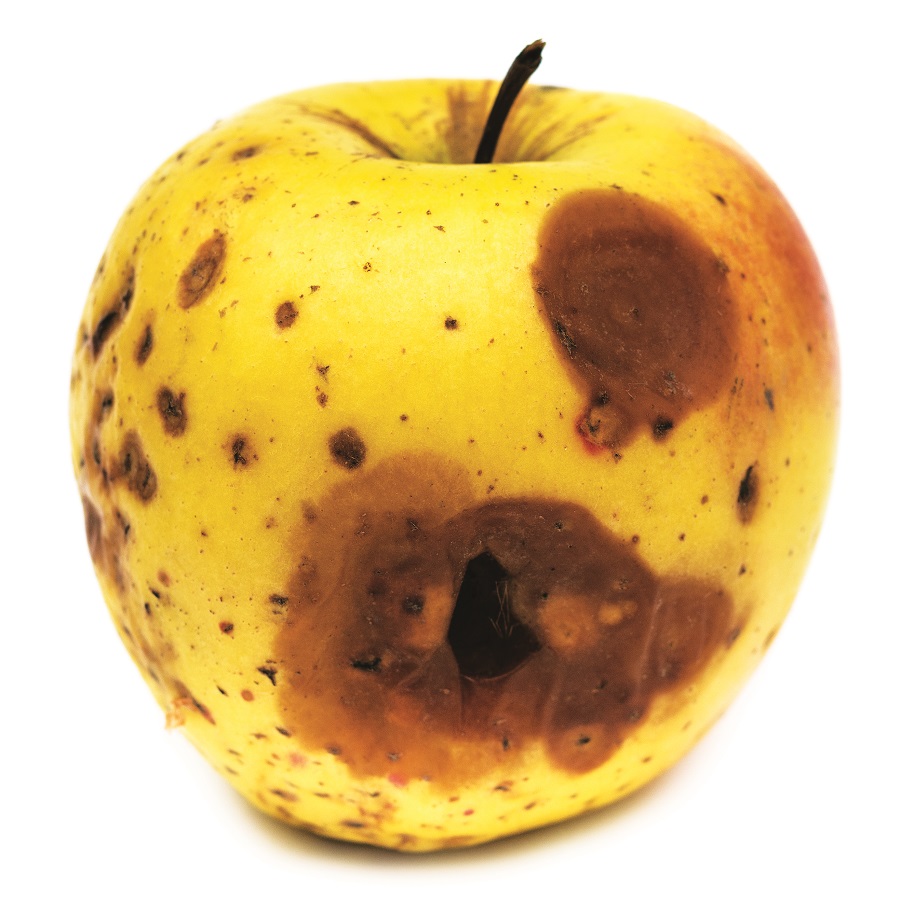 Besides carrots, the Caribbean region produces bananas, hot peppers, bitter gourds and pumpkins, among other produce, many of which are exported. For instance, the region exports hot peppers to Canada.

The losses make for dismal reading. For instance, 40-50% of the hot peppers produced are lost owing to poor cold chain infrastructure and other handling and storage deficiencies and practices, including rough handling. In the case of pumpkins, there is a 100% loss in the postharvest stage, Dr Mohammed said. “We have been growing bananas for a long time,” he said. “Even after 50 years of experience, we experience 40% losses.”

Dr Mohammed said he and his team are trying to take the route of education to cut down on food loss. They are conducting a variety of postharvest e-learning programmes for young professionals working as small-scale farmers. “We have to try to develop an unbroken cold chain from harvest to the retailer or supermarket,” he said. “We have to ensure quick and efficient product handling.”

In China, where the cold chain industry is projected to grow by over 20% in the next 3-5 years, the problems the country is facing pertain to transport refrigeration and cold storage, said Zhongfu Cui, the Vice-President of the China Federation of Logistics & Purchasing, who spoke at length on the status of cold chain in the country. China is confronted with a sharp increase in urban population, which has raised the demand for food supply. “For every one per cent increase in urbanisation, the consumption rises by 40%,” Cui said, adding that China has replaced the United States as the world’s largest food importer.

It is not that we lose only 30% of food production. We can handle only 60%. So we lose 100% of what we are incapable of handling

The change in urban demographics, Cui said, has resulted in a sustained government push towards better food management, which has promoted the growth of the cold chain. Still, compared to other countries, like the United States and Japan, China is behind in cold chain, he said. Cui cited areas for improvement through enumerating the current state of affairs, including irrational infrastructure in the forms of fewer refrigerated vehicles and lesser warehouse space per capita, irrational distribution and insufficient infrastructure at the place of origin. On the policy and human resources fronts, Cui pointed out to how the cold chain is disadvantaged by the lack of a unified standard and is the victim of an imperfect supervisory system, which is leading to a lack of monitoring staff and a general lack of coordination among different departments.

In neighbouring India, the problem is about food not reaching the end-consumer, as Pavanexh Kohli, the CEO and Chief Advisor at the National Cold Chain Development Centre of India, put it. “We are not a supply-constrained society but a delivery-constrained society in India, so we have to stop the inefficiencies,” he said. “We have a stockpile of 140 million tonnes of grains in India. With 135 million cubic metres of reefer space, India has the largest footprint of cold chain, but we have only 12% of that capacity in transport refrigeration.” Kohli said India needs an investment of USD 15 billion to overcome its cold chain-related deficiencies. “We created one million tonnes of storage in 2015,” he said, “but delivery-wise, we need to do more. We have a huge gap in delivering produce. India being the largest population density of vegetarians, has a unique profile.”

In addition to talking about the need for a strong cold chain, Kohli emphasised the importance of proper handling of food. All food, he said, must be handled with one end use in aim – for consumption. That way, he added, it is important to redefine productivity to include market access and market reach. “It is not that we lose only 30% of food production [in the country],” he said. “We can handle only 60%. So we lose 100% of what we are incapable of handling. We need to build capacity, not just technologies.”

Saying that food loss is not sustainable, Kohli called for an overall mindset and approach involving a strong willingness to build cold chain and save food, to link agriculture and infrastructure with cold chain, build public-private partnerships and implement tomorrow’s technologies and not only technologies of the past.

In the developed world, food waste dominates discussions when compared to food loss. As Kohli put it, food waste is about changing mindsets.

Eva Gouldbourne, Associate Director of US-based ReFED, spoke about how ReFED has evolved a roadmap to reduce food waste in the United States. ReFED is a non-profit organisation, which is a collaboration of over 30 businesses, non-profit foundations and government leaders, with a singular aim – of reducing food waste in the country.

Gouldbourne said that every year, American consumers, businesses and farms spend USD 218 billion (roughly 1.4% of the country’s GDP) on food that is never eaten. US food waste, she added, utilises 18% of cropland, 19% of fertilisers, 21% of freshwater, 21% of landfill volume, and five per cent of greenhouse gas (GHG) emissions.

The ReFED roadmap, Gouldbourne said, is the first ever national economic study and action plan driven by a multi-stakeholder group committed to tackling food waste at scale. It involves a USD 18 billion investment in 27 solutions to reduce US food wastage by 20% and will yield USD 100 billion in society economic value over a decade, she added.

Beyond the 27 solutions, Gouldbourne said, there is a need for four specific crosscutting actions to cut 20% of the waste and to put the United States on track to achieve a more ambitious objective of reducing food waste by 50% by 2030. She identified them as evolving a standard national policy, financing, innovation and education.

The initiative resonated well with the Mandyck refrain, “We need to waste less to feed more.”

[The writer is the Editor of Climate Control Middle East.]