‘Oil can go up at the same speed it came down’

by Surendar Balakrishnan
Share on FacebookShare on Twitter
Ashraf Abdalla, Vice President and General Manager (Middle East and Africa) of Johnson Controls, expresses optimism on business trends for 2017 for the GCC region, in this interview with B Surendar of Climate Control Middle East. Excerpts…

What is your reading of the market in view of the fluctuation in oil prices?
The governments in the region took timely and appropriate actions to counter possible recessionary market movements and kept the morale high.

The price of oil has stabilised in the range of USD 45-55 per barrel from the severe drop of the mid-20 per barrel, and the World Bank forecasts place it at an average of USD 55 per barrel for 2017. These are all positive trends for the markets. The budgets in the GCC region for this financial year were set around oil prices in the mid-40s, so even if we assume the same for 2017, prices anywhere above that are a definite plus and a boost for market liquidity and cash flow.

How was 2016 for JCI, and how do you see 2017 shaping for you?
It was a year when we held strong in the majority of our business segments and grew in others, such as our residential and aftermarket businesses, where we have grown year over year. We saw some market shrinkage in big chilled water systems, especially the large centrifugal chiller market, but we held our ground well there. The refrigeration segment was also fairly stable. So overall, 2016 was a relatively good year. If you look at economic data, it is expected that the regional GDP will continue to grow at average rates higher than two percent. OPEC actions have brought in oil price stability, and in 2017, oil prices can go up at the same speed at which they came down.

The Olympic Committee has stated that execution will ramp up soon, and I see projects being implemented and executed in somewhat of an overlap with the Expo January 2017

I would say that 2017 would be similar to the strong second half of 2016, boosted by the absence of repeated oil price fluctuations. For a big portion of 2016, there was uncertainty, but now analyst estimates indicate that oil price will trend higher, which will give the market a full year of stability and strong bases for business growth. Just imagine, if the 2015-16 forecasts and speculations that oil will fall into the teens or 20s had come true and if that was the case at the end of 2016 – it would have been a terrible start to the New Year. Thank God, such a scenario never materialised.

To state the obvious, we are closer to the World EXPO than a year ago. The same is true with the 2022 FIFA World Cup. To what extent would they help drive growth in 2017?
There is truth to the expectations that EXPO 2020 will drive growth. As an event, it has its own investment. All the development happening around the EXPO site is encouraging. We are seeing a whole city grow with the EXPO. I believe this is not a one-time event but one with a lasting effect. There are a number of hotels coming up and other projects, as well. Dubai has a diversified economy, so from that standpoint, there will be growth.

For the 2022 FIFA World Cup, Qatar is implementing a well-thought-through project timeline, and several projects have been executed. We will continue to see more projects being executed as we get closer to the event.

But would executing the plans towards the end not drive up costs, including for MEP works?
What I mean is closer than we are today. The Olympic Committee has stated that execution will ramp up soon, and I see projects being implemented and executed in somewhat of an overlap with the Expo. Also, the fact that the World Cup will now be held in winter means there will be a lower than the previously anticipated requirement for air conditioning. 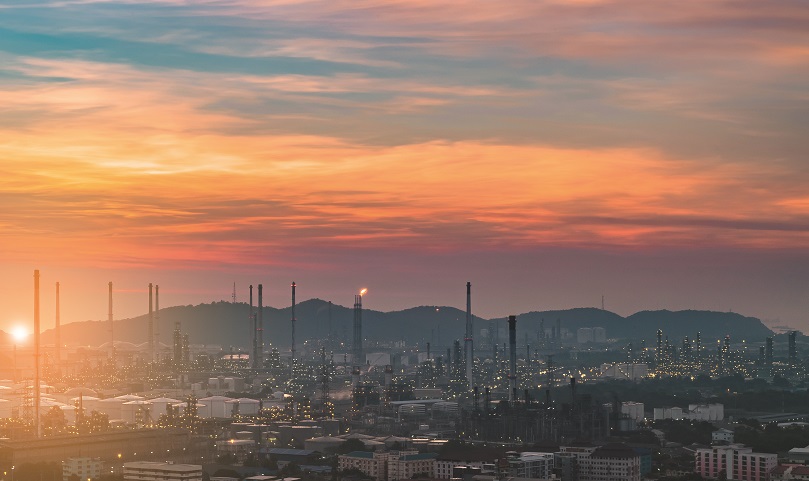 In Q4 2016, we published an elaborate report on the MEP contracting industry, which is reeling from payment delays. Most of the MEP contractors we interviewed said they were looking for greater cooperation from suppliers to help ease the pain. What is your approach to this, considering that MEP contractors play an important and specialised role in the construction cycle?
You are right, MEP contractors play an important role in the construction cycle, but it is difficult to generalise these things, and in the end it all comes down to relationships. The stronger the relationship the greater is the alignment across the value chain. It is not all about payment terms, and there are no black and white answers. The credibility of the contracting company matters significantly. You look at every project on its merit, and it tends to be more of what works for a particular relationship and situation that determines the balance.

Retrofit projects seem to be garnering some attention, especially where the government is involved in them. The same cannot be said of private projects, for many of which the capital expenses constitute a stumbling block. In view of this, it has been proposed that manufacturers of equipment could perhaps look to lease equipment. Would JCI support the industry by adopting a lease-based model?
The market generally doesn’t demand such an approach. They go for more maintenance than replacing a chiller. However, we did some of these retrofit projects and upgrades globally with a financing approach, but not in this region.

Some of the plants are starting to approach such a period that will necessitate retrofit, due to the age and the higher running hours relative to other regions

Why not in the region?
Because there has never been a demand for it, although we did offer it in the past, but the main reason is that infrastructure in the region is fairly new. You have very few plants that surpass the point of not being maintainable. If you look at many of the plants in Europe or in the United States, a considerable portion of them could be approaching the lifecycle stage of 50 to 100 years, hence driving a more of a mature retrofit market; here you have a large portion of a fairly young inventory, although some of the plants are starting to approach such a period that will necessitate retrofit, due to the age and the higher running hours relative to other regions, such as the United States and Europe.

What should be the response of building owners to HCFC phase-out schedules and the development at Kigali?
I would like to start by answering the second part of your question first. The Kigali amendment to the Montreal Protocol calls for some important and practical changes in the HVAC industry, pertaining specially to HFCs. The first key point that we need to understand is that this is a Phase Down and not Phase Out, a very important distinction. Unlike the case with CFCs and HCFCs, this latest treaty is not eliminating HFC refrigerants – it calls for a reduction over the next few decades to a base amount. 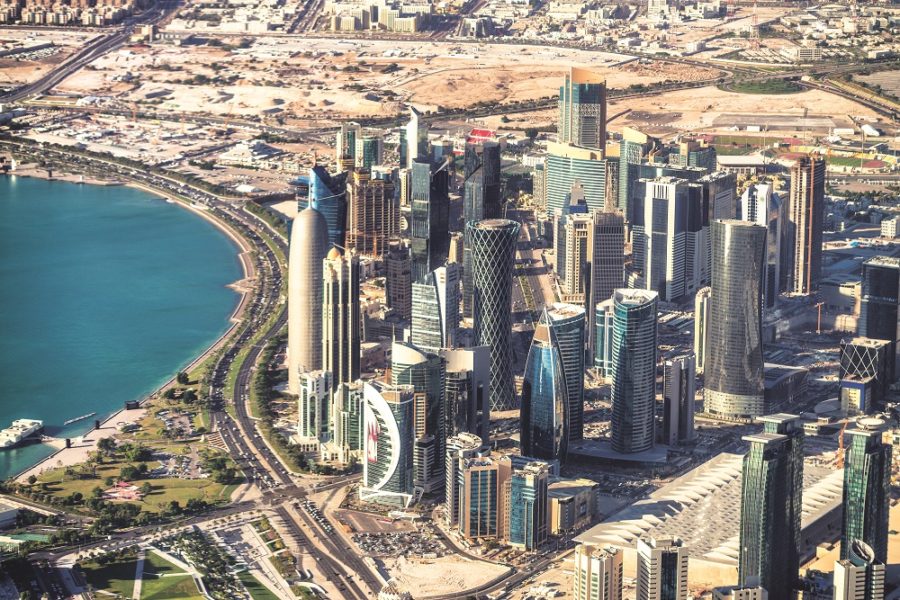 The Phase Down for the GCC, India, Pakistan, Iran and Iraq starts in 2032 and is 10% of the baseline value, calculated as the Average HFC Consumption (2024-2026) + 65% HCFC Baseline (2009-2010). The phase down then progresses by 10% every five years to reach a base amount in 2047. These regulations first phase-down (not phase-out) HFC refrigerants for the foam, automotive and commercial refrigeration industries, which make up a large market and also have very high leakage rates.

Coming back to the first part of your question, about the phase-out of HCFCs – the elimination or phase-out of these refrigerants occurred in Europe years ago, and in most industrialised nations, these are rapidly approaching their demise due to available alternatives and global treaties to eliminate them.

In our region, as well, building owners are starting to see the challenges with equipment running on HCFCs, such as R22 and R123. New alternatives look promising, but are classified as A2L, or mildly flammable. This introduces challenges for our industry, which lacks guidance on how to safely apply them in commercial applications – or if they are even permitted. These are unique challenges for our industry, and it is still early in the evolution process. While we remain committed as an industry to find appropriate solutions, we cannot lose sight on the impact of energy efficiency on the environment, and its dominant role in greenhouse gases. And, we need to investigate how the new class of mildly flammable, A2L, refrigerants can be used safely.

At Johnson Controls, we view safety as our first priority and have donated to ASHRAE to help fund research that supports the development of safety standards regarding the use of mildly flammable, low-GWP refrigerants. Johnson Controls has been instrumental in HFC regulation efforts and congratulates the parties to the Montreal Protocol for taking a decisive step to reduce greenhouse gas emissions by 80-85% over the next 35+ years. Johnson Controls have been steadily preparing for the eventual transition to low-GWP refrigerants, with research and development, and the rigorous testing required for our region due to the relatively higher running hours and more severe operating conditions. We will offer solutions for both new products and “drop in” for existing products.

[The writer is the Editor of Climate Control Middle East.]