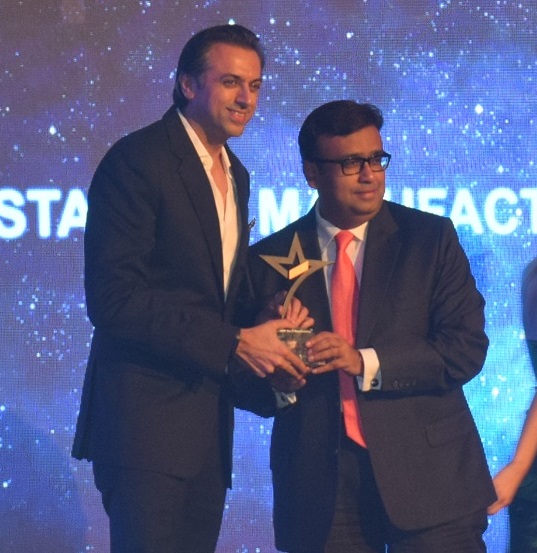 Dubai, UAE: Manufacturing company, Hira Industries, has announced being awarded the title of ‘Best Manufacturing Company’ at the NBAD Star Manufacturing Awards – a showcase award within the Stars of Business 2016 Award. The award, the announcement said, was presented to Manish Hiranandani, Managing Director of Hira Industries, at a ceremony held at Atlantis Hotel on October 27, 2016.

The NBAD Star Manufacturing Awards, the announcement explained, honours the achievements of manufacturing businesses that have made a contribution to the UAE economy through their manufacturing technology, product innovation, notable productivity or strong levels of revenue.

The company said that it won the award for its continuous innovation and excellence in the manufacturing industry, annual turnover and increase in revenue from exports and geographical expansion.

Commenting on the recognition, Prakash Sarvaiya, General Manager of Hira Industries, said: “It is indeed an honour to be acknowledged at a prestigious event like this. It’s a great privilege for us to win this category as manufacturing is a very important sector in this part of the world. This award is recognition of our efforts and demonstrates our commitment to innovation, sustainability and continued advancement. It’s a great achievement for the company and will serve as a boost for every member of Hira who has helped us achieve this stupendous growth.”