One for all, all for one

by CCME Content Team
Share on FacebookShare on Twitter
The onus is on the private sector to align itself to regional governments in their efforts to mitigate climate change, and to embrace solar energy as a giant leap towards a better and safer tomorrow, writes Ibrahim Al-Zu’bi 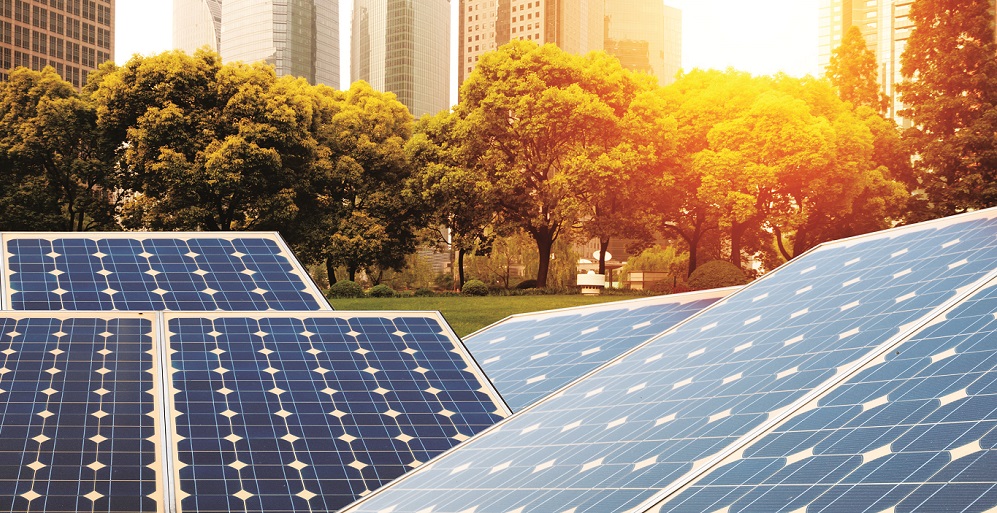 While in the fifth grade, I sold my bicycle for five Jordanian dinars so I could join the Greenpeace advocacy group. The thought of not being old enough never crossed my mind. The bicycle wasn’t even mine to sell – I shared it with my brother. But I was as determined then as I am now to play my part in preserving the environment.

In support of my cause, my father generously matched the money I made from the sale of the bicycle. A pen-pal, who sent me Greenpeace brochures from the United Kingdom, also donated to the cause, with his contribution being USD 25. While it took a few more years for me to fulfil my dream, the motivation these gestures provided carried me through my formative years in school, a gruelling engineering degree and a rewarding career in sustainability.

I’ve since had the opportunity to contribute to sustainable development in various forms: as Head of Sustainability at Majid Al Futtaim – Properties and through being part of a delegation that attended the climate talks at last year’s COP 21 negotiations in Paris. I was also able to witness the historic signing of the Paris Agreement this year at the United Nations headquarters in New York City.

Assessing the situation today, what’s palpable is that none of the achievements to date will have a tangible or long-term impact, unless the window of opportunity we’ve been given to safeguard the planet is seized. The opportunity is massive, given the fact that the UAE government is a strong supporter of sustainable development initiatives. The time is ripe for us to embrace renewable energy, say, and play a robust role in building the future energy capital of the world in the Middle East.

Solar energy has never been cheaper, or more efficient. Earlier this year, Bloomberg New Energy Finance, which tracks developments across the energy spectrum, reported that the cost of Solar PV modules has fallen 99% since 1976, and 80% since 2008, to USD 6.10 cents per watt.

The cost of producing solar energy had also fallen 50% in the 18 months prior to the Dubai Electricity and Water Authority receiving bids of USD 2.99 cents per kilowatt-hour for the third phase of the Mohammed bin Rashid Al Maktoum Solar Park, in June 2016.

In this context, Majid Al Futtaim – Properties has undertaken extensive research into the commercial viability of retrofitting solar panels to its existing assets, as well as the cost of incorporating them within future projects.

Through this process, we discovered that investing in renewables across the Majid Al Futtaim Properties’ portfolio would require a capital outlay of AED 152 million and could deliver returns in nine years – less, if legislative changes, like incentive schemes, are introduced.

We must support government objectives, if we are to avoid passing what scientists have called a point of no return. Failure to do so would be a travesty given the abundance of solar energy at our disposal

As part of our commitment to promoting renewables, we recently launched the region’s first corporate white paper on renewable energy. This paper has helped to shape new sustainability targets within the organisation. These targets include generating 38,000 megawatt hours per year from solar photovoltaic technology at existing development, by 2018.

To put this into perspective, 38,000 megawatt hours equates to the energy produced by the largest power station in Bahrain, Al Dur, running at full capacity for a day. Our carbon footprint will be reduced by 27,000 absolute tonnes of carbon emissions annually.

We also want to source 7.5% of energy use at new developments from solar energy. Feasibility studies are also focused on how to integrate solar thermal and ground source cooling technologies in future projects. Plans for offsite projects and potential purchasing agreements with energy buyers that can support the growth of renewable energy generation are also under consideration.

By spelling out our commitment, business case, feasibility and strategic drivers, we seek to lead by example and spearhead regional progress towards the 2021 UAE Vision. This also includes addressing worldwide efforts to limit rising global temperatures to 2 degrees C by 2100, as agreed during COP 21.

The year 2100 offers another motivating factor. Researchers in Germany have suggested that regular midday temperatures of 50 degrees C and heat waves that are 10 times more frequent than today, could make the Middle East and North Africa uninhabitable by the end of the century.

During July, temperatures in areas of the region were reported to have reached 54 degrees C, so the findings of the researchers in Germany may not be far-fetched.

Alarmingly, the International Energy Agency has also found that current national commitments to cut greenhouse gases are insufficient to keep the world below the 2 degrees C ceiling agreed in Paris.

As a result, while there’s no doubt that large-scale renewable energy projects being pioneering by the UAE government will be pivotal in reducing carbon emissions and market volatility, the time for companies to stand by their side and be a part of the solution is now.

We must support government objectives, if we are to avoid passing what scientists have called a point of no return. Failure to do so would be a travesty given the abundance of solar energy at our disposal. We must stop talking about vague and ambiguous goals; we must be bold, and we must keep moving forward on this front.

With the consequences of volatile oil markets plain for all to see, companies must also be engaged in developing standards that contribute to the evolution of renewables. Otherwise, we risk jumping out of the (hydrocarbon) frying pan and into a (renewable energy) fire.

As we do so collectively, the development of new renewable energy infrastructure has the added advantage of bringing the cost of energy down for domestic businesses, freeing up more oil for export, which when prices rise, can finance further investment in clean energy.

This is the message I will be taking with me to the next round of the climate talks at COP 22 in Morocco, where I hope to deliver further returns on my childhood investment in sustainability.

Ibrahim Al-Zu’bi is the Head of Sustainability, Majid Al Futtaim – Properties, and Senior Sustainability Adviser to Dubai Land Department. He can be contacted at Ibrahim.Alzubi@maf.ae