‘Dubai is committed to establishing a sustainable model in energy conservation’ 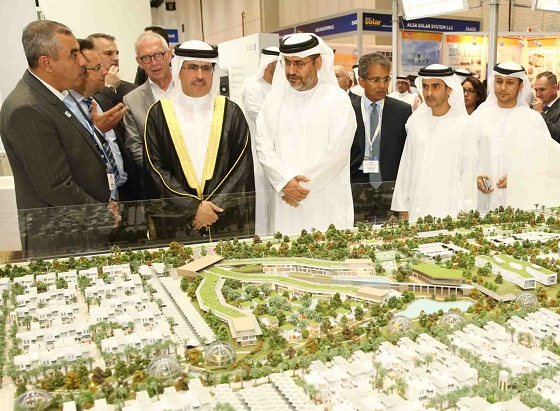 In his opening speech, Al Tayer, the release said, welcomed the Summit’s guests, and highlighted DEWA’s efforts to diversify its energy resources over the past four years to transform the Emirate into an international hub for clean energy.

“Dubai hosting this summit is very significant, as the UAE, and especially Dubai, is already leading the way in its efforts to transform into a green knowledge-based economy, while diversifying the structure of our economy to achieve sustainable development based on knowledge, innovation, and sustainable green growth,” said Al Tayer. He added that Dubai has made real progress over the last few years by launching various initiatives to limit carbon emissions and reduce the carbon footprint of the Emirate.

Al Tayer further said that Dubai’s energy sector is developing in accordance with the vision of H.H. Sheikh Mohammed bin Rashid Al Maktoum, Vice President and Prime Minister of the UAE and Ruler of Dubai. The Summit, he added, supports the UAE Vision 2021, the Dubai Plan 2021 and the Dubai Clean Energy Strategy 2050 to make Dubai a global centre of clean energy and Green Economy.

He mentioned that the Mohammed bin Rashid Al Maktoum solar park, which will generate 1,000 MW  by 2030, has attracted immense interest from the business and energy sectors, including from international solar energy companies.

Al Tayer listed all the initiatives undertaken by DEWA, such as the Smart Dubai initiative, Shams Dubai initiative, Smart Applications and Meters initiative and the Green Charger initiative, and said that they aim to achieve the “objectives for sustainable development, while preserving natural resources and protecting the environment from pollution, to ensure a brighter future for generations to come”.

“Dubai’s achievements over the past few years,” Al Tayer said, “stand as international accomplishments that meet the highest standards. Dubai is committed to establishing a sustainable model in energy conservation which can be exported to the whole world, and support economic growth without damaging the environment and natural resources.”