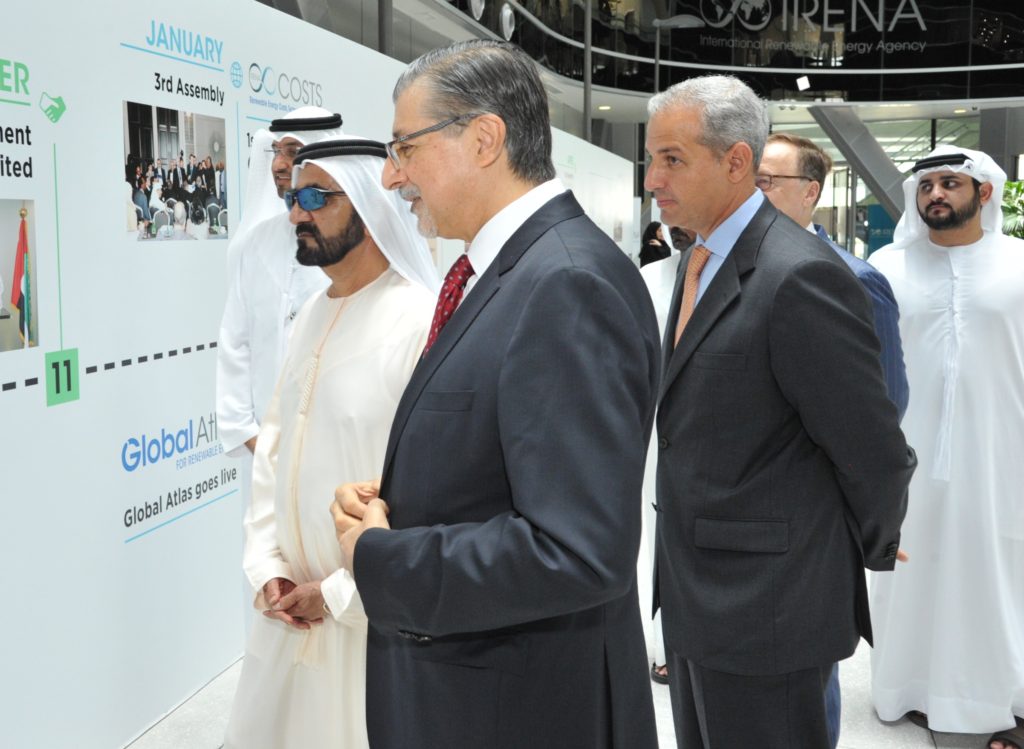 Abu Dhabi, UAE: According to a press communiqué from the International Renewable Energy Agency (IRENA), Adnan Z Amin, the Director-General of IRENA, received His Highness Sheikh Mohammed Bin Rashid Al Maktoum, Vice President and Prime Minister of the United Arab Emirates and Ruler of Dubai, and H.E. Dr Sultan Al Jaber, UAE Minister of State and Chairman of Masdar, on August 1, 2016, at the Agency’s headquarters in Abu Dhabi.

The communiqué revealed that during the visit, H.H. Sheikh Mohammed and Amin exchanged views on the latest renewable energy developments in Dubai and the United Arab Emirates, including Dubai’s Clean Energy Strategy 2050, and the third phase of the Mohammed bin Rashid Al Maktoum Solar Park, which recently received global attention for its reportedly record-low solar power cost.

Amin, the communiqué said, provided an overview of IRENA’s journey over the last five years to become the global voice for renewable energy as he and H.H. Sheikh Mohammed toured the Agency. Amin, it added, expressed gratitude to the United Arab Emirates for contributing to the Agency’s success, calling it a reflection of the country’s renewable energy leadership.

“The UAE has become a trendsetter in renewable energy deployment and Dubai has played a key role in making that happen, under the leadership of His Highness Sheikh Mohammed Bin Rashid,” said Amin. “The UAE recognizes that an essential component for the further development of renewable energy will be the empowerment of government agencies to take a holistic approach to energy regulation.”