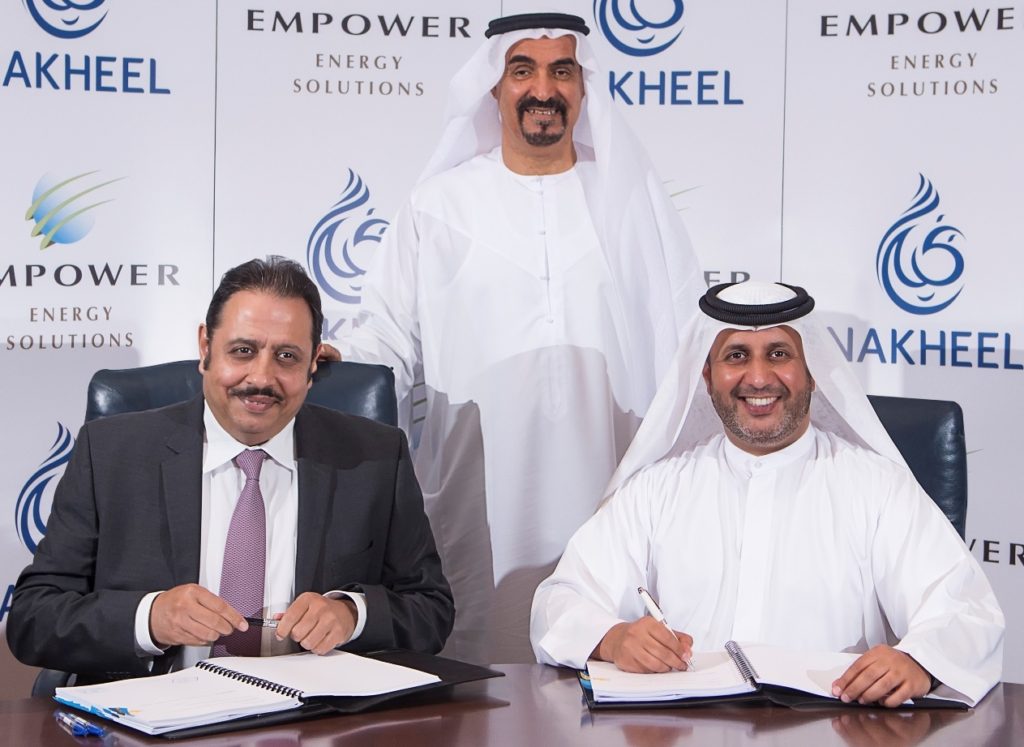 Dubai, UAE: Empower has announced signing a contract with Nakheel to provide District Cooling services to Jumeirah Village Circle and Jumeirah Village Triangle, with a total investment value of AED 1.8 billion for five years for the project.

According to the announcement, Empower will build six cooling plants in the two locations, in several phases, to provide 260,000 TR for 400 buildings, of which 30,000 TR will be produced by the fourth quarter of this year.

The company informed that the agreement was signed at Nakheel’s headquarters, between H.E. Ahmad Bin Shafar, CEO of Empower, and Sanjay Manchanda, CEO of Nakheel, in the presence of H.E. Ali Rashid Lootah, Chairman of Nakheel, and other senior officials from both the companies.

“In response to the growing demand for District Cooling, and in line with our expansion strategy, we are delighted to win these two contracts from Nakheel to provide District Cooling services to Jumeirah Village Circle and Jumeirah Village Triangle,” said Bin Shafar, while signing the agreement. “We share with Nakheel similar standards and reliability of services. Our goal is to provide world-class cooling services that live up to the expectations of residents.”

He further said, “Developers are becoming increasingly aware of the advantages of the reliability of District Cooling service.” In response to wide demands for the service, Empower, he added, will see several partnerships and agreements in the next stage of its strategy.