Turkey – stirred but not shaken

by Rajiv Pillai
Share on FacebookShare on Twitter
Turkey has recently been the epicentre of world news due to tectonic shifts in the region. This has in some ways impacted, yet strengthened the HVAC industry in the country for the coming years, say experts. 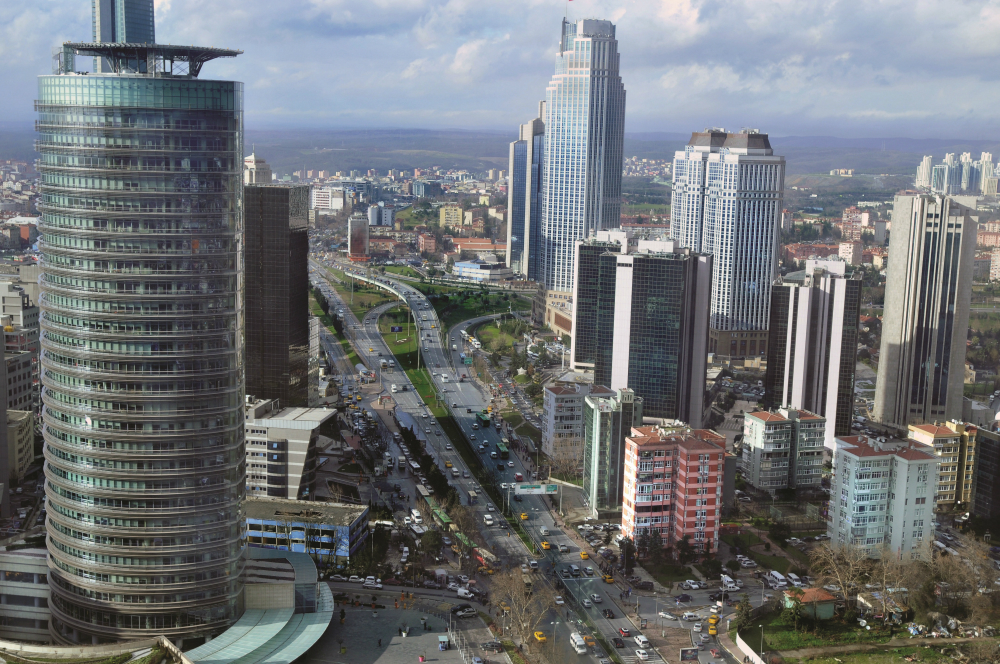 Ayça Eroğlu, Managing Director at Systemair HSK Turkey, says that the year 2015 was not a satisfactory one for Turkey, as a result of the two elections during the same year and geopolitical turmoil the region has witnessed, that have affected the country. This included the political conundrum with Russia, which affected a trade volume of USD 30 billion between the two countries. Turkey’s aim was to increase this amount to USD 100 billion by 2020.

Tracing their relevance to the HVAC industry, Eroğlu says, “This problem will affect tourism mainly, which will have a direct negative impact on the HVAC industry.” Eroğlu believes that it will also have a bearing on big contracts that major contractors have bagged. Also, changes taking place in the MENA region, in general, she thinks, will prompt them to look elsewhere for opportunities.

They may build an airport in the Middle East or refrigeration plant in Pakistan or a high-rise building in Moscow, but the HVAC products go from Turkey

However, it is not entirely a downward spiral, hints Eroğlu, and enumerates examples: “We have aimed an annual growth rate of six per cent. There are city hospital projects, a third airport project and a third bridge project that will boost the HVAC market. The year 2016 will be tougher than 2015 in terms of export markets, but better than 2015 in the local market because of such projects.” She reveals that Systemair HSK has won the biggest city hospital project in Bilkent Hospital, Ankara, with a total of 558 air-handling units (AHUs). She adds that 255 of the hygienic AHUs will be used in the ventilation of the Bilkent Integrated Healthcare Campus, with capacities ranging between 700 m³/h and 44,000 m³/h. The delivery, which started in April, will go on till September, she says, and adds, “This is the largest healthcare campus in the world.” 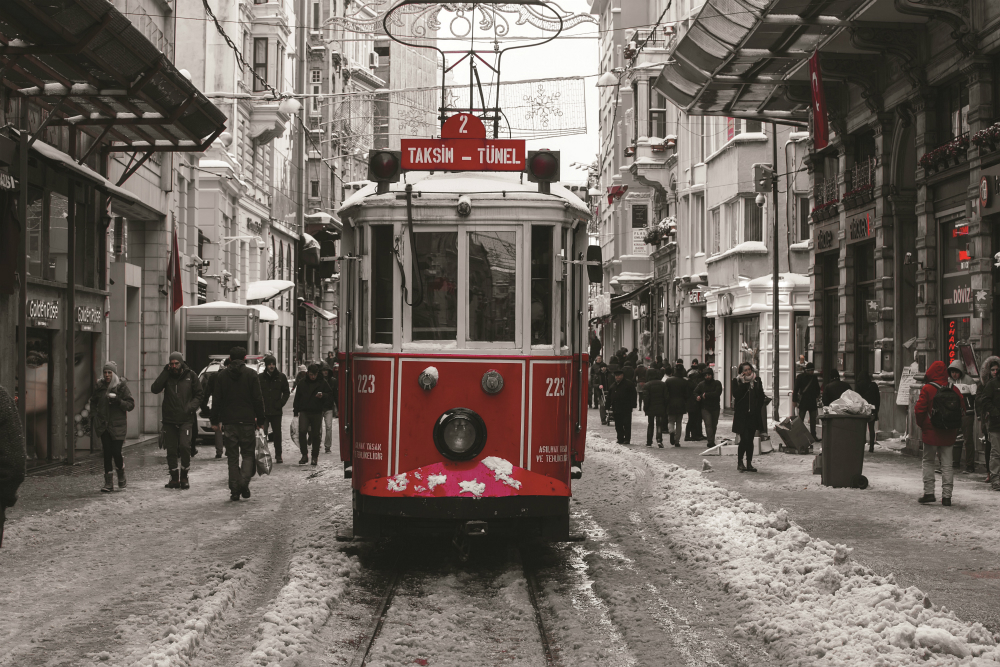 The Air Conditioning Council of The Union of Chambers and Commodity Exchanges of Turkey (TOBB) has prepared a report for the sector to reach its 2023 goals. According to the report, it is estimated that exports of the Turkish air conditioning sector will increase to USD 25 billion, and that the internal market size will reach USD 35 billion in 2023. Reportedly, 60% of this is predicted to be met through products and services produced in Turkey.

Some global players are buying Turkish companies in order to produce in Turkey, sell in Turkey and export from Turkey

With such positive figures, the immediate question that comes to mind is what are the key HVACR market drivers? Hüseyin Yüksel, Director at ISKID (Air conditioning & Refrigeration Manufacturers Association), giving a market-wide analysis of air conditioning systems for the last few years in the region, says that split air conditioners for homes and small offices had made big sales for years; however, in the last two years, their sales have dropped “due to climate change and the economic situation”. In the meantime, he informs, the demand for VRF systems have grown. “Chillers, AHUs, fan coils – these are continuing to grow, but VRF has taken some portion of the market from these products,” he says. “For AHUs, Turkey is actually a competitive market because of the high quality; there are many companies that are producing high-quality AHUs. Also, some global players are buying Turkish companies in order to produce in Turkey, sell in Turkey and export from Turkey.”

Eroğlu says that most of the global HVAC brands have a presence in Turkey; however, many of them are trading companies. The country saw a huge surge in foreign direct investment flow from the year 2000, which ushered in a new era for the Turkish HVAC market, Eroğlu says. “In the past, local and family businesses were dominant, but currently, the situation has slightly changed,” she elaborates. “In business units, AHU manufacturers are increasing. Also, some AHU companies have started to manufacture FCUs (fan coil units), screw chillers, water source heat pumps and rooftop units. Their intention is to complete the package as one-stop shopping concept.”

Strategically located at the cusp of East and West, Turkey has always been a witness to history. Just when it was re-asserting itself as an emerging market for a wide array of products and services, and as a global gateway and a rising economic powerhouse, the country has yet again been caught in the crossfires of history.

The gaze once reserved for BRIC countries had turned to TIMP1 – Turkey, Indonesia, Mexico and the Philippines. Bob Turner, Chief Investment Officer of US-based Turner Investment Partners, who coined the acronym, had predicted a new economic world order built on shifting fault lines. Turkey, in particular, had been a beneficiary of the post-Gulf War peace dividend. As a report in the Financial Times had then succinctly summed up, “The Americans won the war, the Iranians won the peace and the Turks won the contracts.”2

Piggybacking on this, even as countries around the world were trying to recover from the recent financial battering, Turkey had quietly registered a steady growth.

Despite the recent regional setbacks, Turkey and, in turn, the HVACR sector, are expected to rise, propelled on the one hand by the country’s strong middleclass population, which aspires for a better lifestyle via electronics and luxury goods like air conditioners and coolers, and on the other, as an export hub. Added to this, the need for buildings has increased in Turkey, with increasing population, urbanisation and industrialisation.

With a combination of several factors at play – both encouraging and debilitating – Turkey, which was poised to soar high a few years ago, is still determined to fly, but seems to have charted a less ambitious flight path for now.

She stresses that the major contractors in Turkey do play an important role in the sector for both the export and local markets. “They have very big investments in the neighbouring countries, including Commonwealth of Independent States, Middle East and Africa,” she says, and underlines, “They also mainly supply the HVAC equipment to Turkey, and that’s a very big strong point for Turkish manufacturers.”

Yüksel says that one of the strategies for the HVAC industry to stay afloat in the coming years is through R&D. He adds that it has been, in fact, a priority for the industry, and for the government, so much so that almost 10 years ago, ISKID decided to recommend that its manufacturer-members reserve 2.5% of their turnover for R&D. “Many companies did it,” he says, and stresses that in the ethos of fierce global competition, “one has to be innovative, fast and creative”.

Yüksel points out that mirroring the global trend, the construction industry in Turkey is, indeed, highly competitive. “Turkey is the second after China [in the construction industry],” he highlights. “This is also a very good advantage for our HVAC industry, because their parts are assembled in Turkey. So they may build an airport in the Middle East or refrigeration plant in Pakistan or a high-rise building in Moscow, but the HVAC products go from Turkey.”

Looking at the future, Eroğlu believes that the major driving factor that will influence the sector is going to be Industry 4.0 – the fourth industrial revolution, which includes the ongoing and expected major upheavals in modern manufacturing – and the Internet of Things (IoT). These, she predicts will bring about a huge conceptual transformation that will change customer habits and the mechanical side of the sector. She elaborates: “The BMS solutions will also change the nature of the products. AHUs with plug-and-play features will help customers eventually. We see a global trend, where there is a consolidation of electrical and mechanical services, when it comes to MEPs.” This, Eroğlu thinks, will also lead all HVAC equipment manufacturers to pay attention, and combine the two fields. “In the next 20 years, we will see differentiation in manufacturers in this respect, and this will be the most challenging part for all the players in the HVAC [industry].” Eroğlu also envisages that ERP regulations and eco-design solutions will eventually spur the Turkish HVAC sector, with an attendant increase in energy-efficient solutions.

The anticipated revolution driven by Industry 4.0 and IoT, could hold the blueprint for the HVACR sector in Turkey in the coming years, as indeed, for the industry itself, globally.

References for the side-bar, titled ‘Despite clipped wings, Turkey poised to fly’:

(The writer is the Features Writer of Climate Control Middle East.)