by Rajiv Pillai
Share on FacebookShare on Twitter
There appears to be no ebb in demand for compressors in the Middle East, despite the current market scenario. Industry experts explain why. 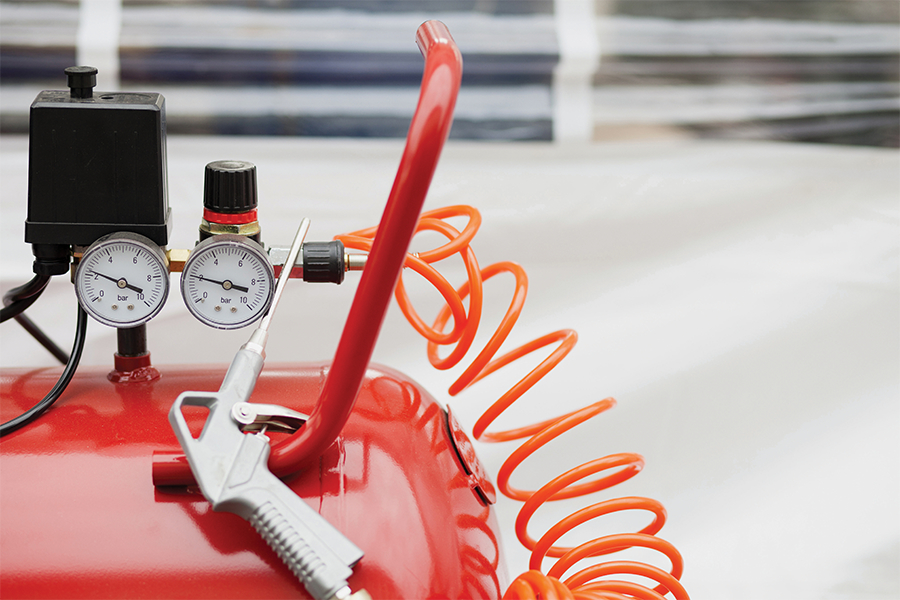 Ashok Joshi, Vice President – Sales at Emerson Climate Technologies, MENA, says that the year ahead appears to pose both challenges and opportunities. He elaborates: “From a challenge perspective, the markets look to be softening, as the extended period of low commodity pricing puts downward pressure on government and corporate budgets and spending. A considerable amount of business is tied to large projects and capital spending, in both refrigeration and commercial air conditioning, which seem to be increasingly delayed or postponed.

“From an opportunity standpoint, the evolving regulatory landscape and the expected refrigerant transitions present the possibility for Emerson Climate Technologies to not only serve our customers’ future design needs but also to introduce new technologies and integrated solutions to the marketplace that deliver greater levels of energy efficiency.”

Joshi summing up the situation, believes that with continued challenges the industry faces in terms of skill levels of technicians and the ability to attract talent, coupled with the slowdown in capital spending, there are new opportunities for those who can demonstrate better lifecycle costs.

Mustafah Abdul Jabbar, Mechanical Engineer at Royal Cool, giving another reason for the growing demand in compressors, says, “In the light of the new standards being launched in the region, we expect the market demand to increase for new models to satisfy new requirements.” He adds that while the market prices are going down, consumers look at the option of getting air conditioning systems repaired, rather than buying a new one. “This” says Jabbar, “will lead to a relative increase in the compressor industry.”

According to Transparency Market Research’s new report of 2015, the air compressor market is growing at 5.8% CAGR due to the increasing oil and gas production activities in the Middle East and Africa. This view is shared by Virein Kumar Yadlapalli, Program Manager, Industrial Automation & Process Control Practice, MENA, at Frost & Sullivan. In a 2014 article that appeared in Climate Control Middle East, Yadlapalli said that the demand for compressors was dominated by the oil and gas industry in the MENA region. “Given the sophisticated nature of the industry’s requirement, most of the globally renowned compressor manufacturers are present in the region,” he said. “Major manufacturers specialising in customised solutions cater to most of the high-value projects, especially oil and gas, and those involving compressors for critical process requirements.”

He added that major multinational corporations like General Electric (GE), Siemens, Atlas Copco, Elliott Group and Dresser-Rand dominate the MENA market. These companies have engineered portfolios (product/solution) suited to the local requirements, and their presence in the MENA region spans across pre-sales and sales support, marketing and comprehensive after-sales support. Also, in more recent times, the otherwise dominant American and European vendors have witnessed high competition from Asian vendors. This trend, said Yadlapalli, could be attributed to increasing penetration of Asian (mainly Korean) engineering, procurement and construction (EPC) contractors facilitating greater acceptance of compressors from their respective countries.

The other drivers, says Joshi, are upcoming mega events like EXPO 2020 and 2022 FIFA World Cup. He thinks that the vast majority of projects in the region, be it a hotel, restaurant, apartment complex or stadium, will require some kind of air conditioning or refrigeration solution. This will logically lead to the compressors market remaining buoyant.

Joshi says that such ongoing buzz is bound to inspire the compressors market to innovate. “The high-level ‘mega-trends’ that continue to influence innovation in our industry include topics like energy efficiency, environmental stewardship and connectivity,” he says. “In order to align to these trends, the industry is moving towards part-load efficiency regulations, which are driving the introduction of capacity modulation technologies. We see modulation technologies, be it the two- step or digital or variable speed compressors and drives, as innovations that are enabling our OEM customers to meet the new industry standards and a growing end-user demand.”

The positive inference one can draw from the signals emerging is that the compressors market is growing at a steady pace, with innovation in tow.

(The writer is the Features Writer at Climate Control Middle East.)