The Internet of HVAC

by Rajiv Pillai
Share on FacebookShare on Twitter
The Internet of Things is poised to be a USD 19-trillion global business by 2025, reveals Cisco. How much of that chunk belongs to the Middle East market? How involved – or connected – is the HVAC sector? Is it doing enough to adopt smart solutions? Rajiv Pillai attempts to find the answers to these questions and others.

The IDC FutureScape: Worldwide Internet of Things 2015 Predictions Web Conference held in 2014 in Massachusetts, United States, foretold that the local government will represent more than 25% of all government  external spending to deploy, manage and realise the business value of the Internet of Things (IoT) by 2018. By 2018, 40% of IoT-created data will be stored, processed, analysed and acted upon, the conference further predicted. The Middle East is primed to become a global driver in IoT-connected innovations, as the GCC’s cloud market is set to grow to USD 668.5 million by 2020, said industry experts at the GITEX Technology Week 2015, held in Dubai last October.

Sougata Nandi, Founder and CEO of 3e Advisory, says that a large chunk of the IoT will be linked to HVAC devices and equipment, as well as energy metering. “The planet was operating perfectly fine even before the advent of HVAC systems,” says Nandi. “And there is no reason why they [HVAC systems] will not continue to operate perfectly, even without IoTs for HVAC. However, change is inevitable, and we have moved on from steam locomotives to Maglev trains.”

Nandi predicts that the IoT is here to stay, and that much has already been invested in it by significant players. However, he believes the important questions to ask are, “Does IoT really have any commonality with the HVAC industry?” and “How effectively can the HVAC industry leverage IoT?”

Jean-Luc Meyer, Senior Vice President of Strategy and  Innovation (Partner Business Unit) at Schneider Electric, responds by saying: “Given the possibility of having sensors and actuators on an IT network, there is an opportunity to further reduce cost, in terms of installation, in terms of technology devices. So you want to be able to detect the problem and do the analysis. And send to the cloud an alarm that says this chiller is not functioning well. You do not have to send gazillions of data to the cloud to do analytics. The whole idea is also to gather the analytics and do the computing at the right level of infrastructure.”

How prepared is the Middle East?

Nandi thinks that in the context of the HVAC sector, the IoT is yet to start making its mark, particularly in the Middle East. “The HVAC industry in the region has not yet woken up to the shift in global paradigm through IoT,” he says. “There have been sporadic interests and initiatives by a handful of players, but they have neither been effective nor sustainable, simply because, the stakeholders are yet to see either the commercial value in this, or how to actually utilise it to their benefit in the most effective way possible.  The industry leaders by and large acknowledge the need and benefits of IoT. However, the unfortunate reality is that while equipment manufacturers have the technological expertise to deploy IoT, they are yet to come up with the correct approach to commercialise it.”

However, Colin Bridges believes that the UAE, in particular, has shown itself to be a forward-thinking country with respect to energy use, and that it will continue to be one of the early adopters of the IoT technology. Bridges is the General Manager at Belimo Automation, Qatar.

Ghassan Barghouth, Vice President, Middle East for Oil & Gas and Industrial Sales at Schneider Electric, believes that the Middle East is ahead when it comes to the IoT. “We hear customers asking for it; it is a big thing in the Middle East,” he says, and adds, “It is inevitable. If you want to be competitive in this market and provide the best service for your customers, you need to differentiate yourself. This is where the world is going. These are efficiency tools.”

Faisal Zaidi, Marketing Manager at TROX, feels that having remote access to HVAC systems via the Internet is becoming the norm for accessibility, fault diagnosis, alarm monitoring and commissioning purposes. “Many more manufacturers are offering products with the capability of remote access,” says Zaidi.

It’s all about mindsets and skillsets

Meyer says that the major challenge with the Middle East market is with the management. “I believe a change is required in the management, and your readers should embrace that change,” he advises, and adds, “So this is not necessarily on the States.” Highlighting the need for skillsets and mindsets to work in tandem, he points out: “The big thing I would say is skills. The technology is there today. But are the people willing to learn new things? We, as human beings, don’t really want to change.” 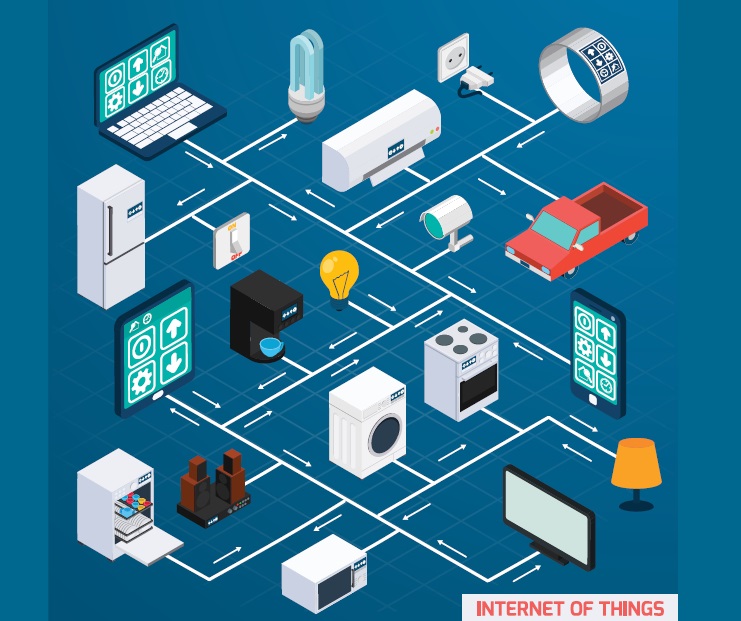 About changing mindsets at the top, Meyer explains: “If you look at facilities managers, they tend to be people who are coming from the trade, they were experts in their field and they grew [in] the ranks because they knew how to fix a chiller, etc. With this [IoTs], they need to be better at explaining to their management what the ROI is. Yesterday, they were saying, ‘I need money because this is good; I need money because this is mandatory, as there is a new regulation.’ Now they need to say, ‘I need more money because I am going to make you save more money.’”

Regarding honing skillsets, “There should be the need for collaboration with IT,” Meyer says, and elaborates, “I was at a conference in the United States not too long ago, and the people were saying that young engineers coming out of school preferred to work for IT industries like Google or Facebook, rather than to work as engineers on the BMS. And these people do understand IT. So there is a challenge in terms of skills.” He hints that once these issues are fixed, everything should fall into place. Thus, he believes that a significant shift in thinking is required to understand and take advantage of the IoT capabilities.

Jim Schwartz, Director, Global Product Marketing, at Johnson Controls, in a December 15, 2014 interview with Archnews. com, too, underline that understanding the IoT involved a change in mindset. “The Internet was made by people for people,” he explained. “But, now, it has become the Internet of Things. Experts predict in a few years, there could be 100 billion devices – actual physical things – connected to the Web. Some of these devices are online today. More – many more – are coming soon.”