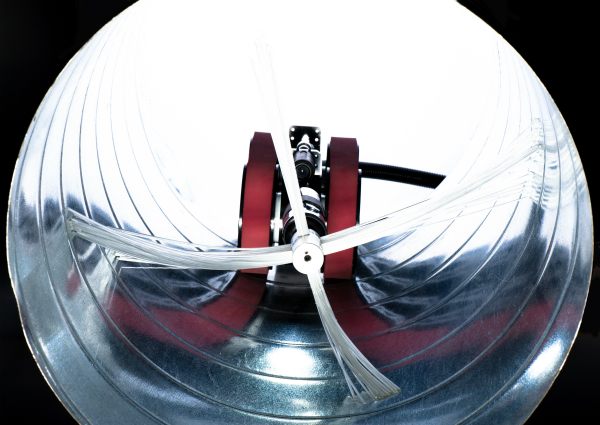 The process of duct cleaning requires a sophisticated level of equipment and training, as a single uncleaned corner can contaminate the air. Yet, the industry regulations are only slightly more rigid than those for janitorial cleaning. Regulations have become more common in Europe, especially in France. However, though these correctly define the end-result of the service, duct cleaning equipment regulations leave out the quality of the equipment to be used, allowing some companies to charge more, while taking longer for the work and providing lower quality service.

The nooks and crannies of duct cleaning

There are three categories of problems which emanate from lack of attention to duct cleaning: Health risks, energy efficiency loss and dust explosions in factories. Health risks include asthma¹, allergic reaction, sinus problems and respiratory infections² from mould and dust mites, and Legionnaires’ disease from contaminated water blown through the duct³, which can cause hundreds of deaths, especially in a large facility, such as a shopping mall, school or hospital.

Many leading companies in the industrial, pharmaceutical and laboratory sectors in Europe and the United Arab Emirates, rely on robotics for cleaning

A Climate Control Middle East article (September 2015), titled “Energy thief… Ignored even as the ME region loses billions of dollars a year“4 focuses on billions lost due to faulty and leaky ductwork. It must, however, be stressed  that even a functioning ductwork will operate 11% less efficiently if it is not cleaned correctly5, and the cost of this increased energy bills is transferred to the air conditioning system itself. This is because, in order to distribute the air through a contaminated system, the air conditioner must work harder than it was designed for, which will reduce the life of the system and increase the chance of breakdowns. Dust explosions have caused billions in damages, and over a hundred deaths in the United States alone, which could have been avoided by cleaning the air ducts.6 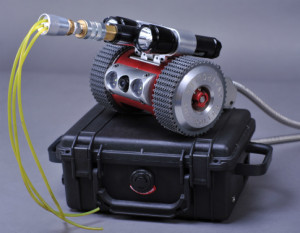 Jean Sebastian Didier of IGIENAIR, a French-based IAQ specialist  in the United Arab Emirates, warns, “The ducts are exposed to heat, humidity, condensation, sand and salt, and in the case of corrosion, high levels of dust, and  frequent microbial growth, there will be major health and energy efficiency consequences.” This highlights that duct cleaning must not continue to be regulated archaically. Where a general end-result is expected, it should be enforced as a process where ducts are inspected, followed by brushing, while a dust collector vacuums the entire system, or it is vacuumed directly and then sprayed with disinfectant and/or a sealant.

Robotics to the rescue 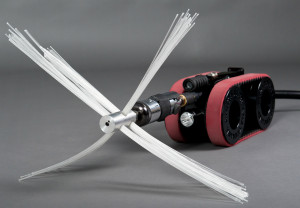 In this context, robotics is an effective option. Employing robotics decreases time and labour costs compared to outdated manual cleaning equipment and methods for the same tasks.

In light of this, duct cleaning regulation needs to include equipment which does the cleaning more effectively and efficiently. In fact, many leading companies in the industrial, pharmaceutical and laboratory sectors in Europe and the United Arab Emirates rely on robotics for cleaning, as do several professional companies around the world.

Cheap equipment which can’t pull its cable 30 feet, forces you to cut holes all over the duct

Lack of the right equipment is the cause of most common problems in manual duct case with robotics. Cheap equipment which can’t pull its cable 30 feet, forces you to cut holes all over the duct. A robot which can’t climb an obstacle or slope won’t do most of the work required. A robot which gets stuck when it flips over, takes painful amounts of time to retrieve. And these are just a few examples of problems which plague a few of the robots on the market. Also, cheap products constantly push the bar lower in equipment standards.

It needs to be reiterated that there are almost no laws to protect duct cleaners from equipment that brings lengthy sub-par jobs. Therefore, unless there are laws to protect them, it will be impossible to protect building owners from paying more and incurring longer down-times on their buildings, because it will be simply impossible to follow the law impossible to follow the law and remain in business with such equipment. In this regard, setting higher equipment standards will encourage because equipment providers will be forced to focus on offering quality tools, rather than cheating duct cleaners with inferior equipment.

Industries worldwide are moving towards robotics, and with its growth in the IAQ industry, the future of duct cleaning looks positive. Not only will cleaning be thorough, faster and easier, but also, though advanced cleaning equipment, it will be possible to record the work, which can be streamed online in real-time, to allow the staff to ensure everything is completed to standard. In addition, reduced contract length will make duct cleaning less expensive, as it reduces the cost of having to shut down sections of the building for duct cleaning jobs. Owing to the aforementioned reasons, building owners will be less resistant to duct cleaning, leading to greater demand for it, and a cleaner, healthier and safer IAQ.

Steven Scanlan is Head of Marketing and Communications Robotics Design Inc. He can be reached at steve.sc@roboticsdesign.qc.ca.