Dubai, UAE: As part of its preparation for World Expo 2020 to be held in Dubai, Dubai Electricity and Water Authority (DEWA) has announced launching a wide range of initiatives, including the allocation of over AED 2.6 billion to boost electricity, water and renewable energy projects. This, the announcement said, was in support of Expo 2020 Dubai’s theme of “Connecting Minds, Creating the Future” and its three sub-themes of sustainability, mobility and opportunity. 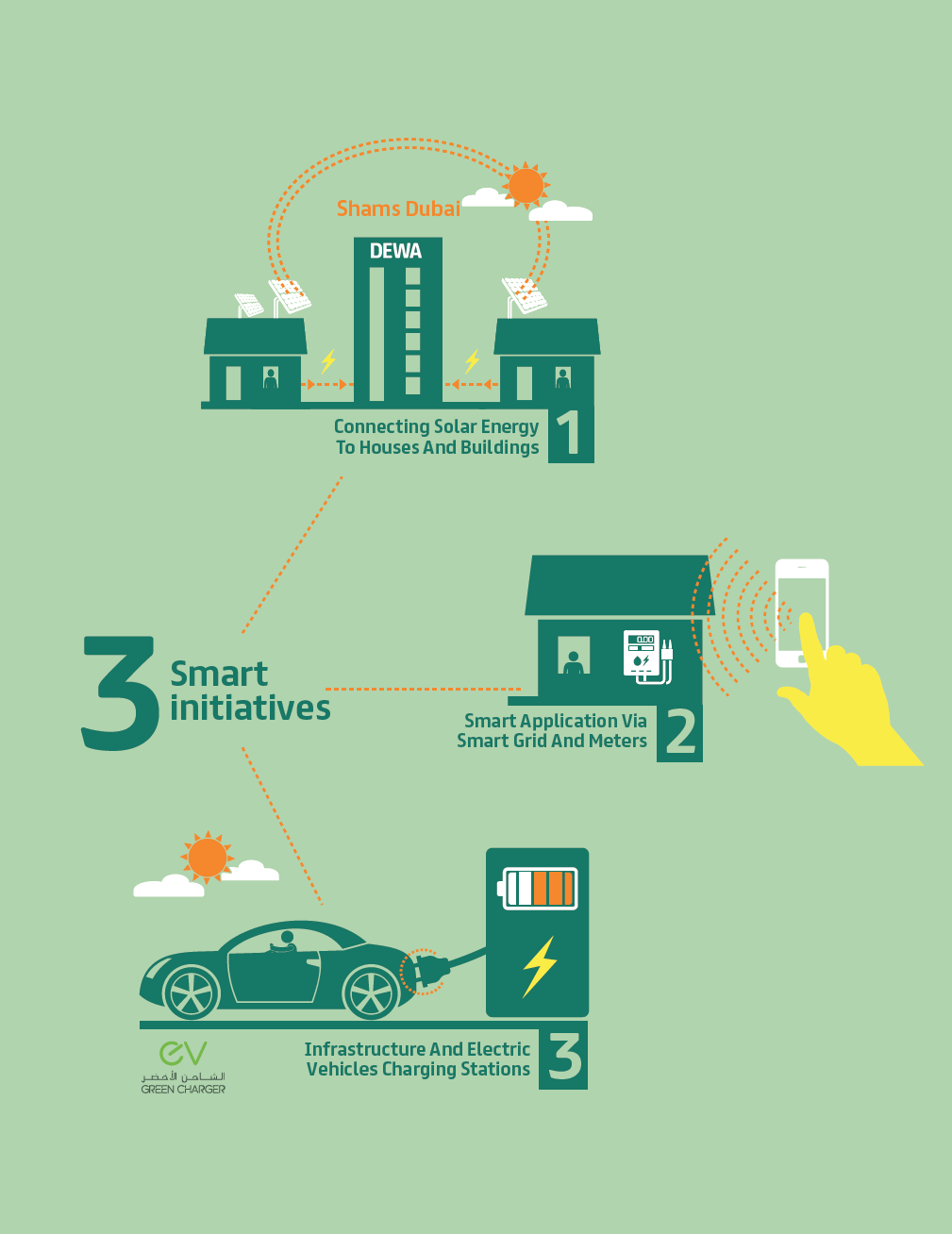 Giving details of the initiatives undertaken, DEWA said that it had assigned a large part of the budget to clean-energy-related projects in support of the Dubai Clean Energy Strategy 2050, launched by His Highness Sheikh Mohammed bin Rashid Al Maktoum, to provide 75% of Dubai’s total power output from clean energy by 2050, as also to emphasise its commitment to sustainability.
This, it claimed, would make Dubai’s carbon footprint the lowest in the world.

According to DEWA, Mohammed bin Rashid Al Maktoum Solar Park project, touted to be one of the largest single-site renewable energy projects in the world, would have a capacity of 1,000 MW by 2020, and 5,000 MW by 2030, and provide a dedicated supply of 100 MW to Expo 2020, to manage its energy requirements. Through this project, it added, the Park was expected to reduce 6.5 million tonnes of carbon emissions by 2030.

Asserting its support for the Smart Dubai initiative, DEWA said that as part of its Smart Applications and Smart Meters initiative, it was building a smart grid, which it claimed would be the first network in the world to cover generation, transmission and distribution systems to customers. The smart grid, it informed, would include demand-side management, asset management, distribution automation, substation automation, system integration and smart meters.

DEWA, which has implemented Hassyan Clean Coal Power Plant based on the IPP model, said that the plant would have a production capacity of 1,200 MW, with the first phase becoming operational by 2020.

Furthermore, DEWA informed that it had signed a contract with Siemens to expand its M-Station electricity and water desalination plant.

“DEWA,” said, H.E. Saeed Mohammed Al Tayer, MD and CEO of DEWA, “is a leading, world-class utility service provider that has several drivers to make it an active contributor to organising the best World Expo in Dubai.”