The tip of the iceberg

by Pratibha Umashankar
Share on FacebookShare on Twitter
We’ve been looking at AC-lore for a while, so let’s get refrigeration out from cold storage…

By the time you read this, COP21 would be in the news, with all eyes on Paris. Coolants like HFCs would be one of the hot-button issues debated by world leaders. 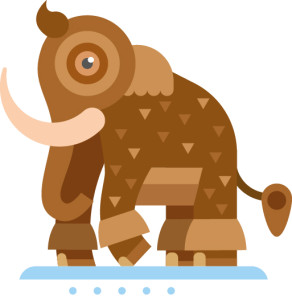 Cut to another evening with distinguished guests – the evening of 1847. It was Bastille Day or the French National Day – July 14 to be precise. The place was the mansion of Monsieur Rosan, the French Consul, stationed in Apalachicola, Florida. The guests raised a toast and clinked their overflowing glasses, but to their amazement, the glasses had ice cubes! Ice in Florida at the height of summer, and in 1847?! If at all the place saw ice, it was when specially fitted vessels brought big blocks of harvested ice – from lakes and rivers in the North – that, too, during cooler climes, covered in layers of sawdust for insulation, transported and delivered at great expense. The miracle of ice cubes in summer had been wrought by Dr John Gorrie’s ice machine.

We are by now familiar with Dr Gorrie – the self-same physician, who, in 1842, used his Cold Air Machine – employing an air-cycle method – to cool sickrooms in a hospital in Florida, surmising that controlling heat and humidity would curb bacterial growth. In fact, it was the first mechanical refrigeration system. And Dr Gorrie’s basic principle of cooling caused by rapid expansion of gases, is used in most refrigeration systems even today.

New kids on the ice block

For all those who made an indelible mark in refrigeration record books, a few melted away into oblivion, or well, almost…

In 1748, William Cullen, in a laboratory at the University of Glasgow, let ethyl ether boil into a vacuum. This was the first known scientifically demonstrated artificial refrigeration. The same year, G Richman presented papers on experiments in cooling at St Petersburg Academy of Sciences, Russia. (Later, he was electrocuted while trying to quantify the response of an insulated rod during a thunderstorm, sadly becoming the first person to die while conducting an electrical experiment.) In 1803, Thomas Moore received a US patent for a refrigerator – the first to be issued in the country for refrigeration. In 1805, in the United States, Oliver Evans, designed a closed-cycle, vapour-compression refrigeration system, but he never really built it, and the design probably gathered dust on the drawing board. Using Evans’ concept, Jacob Perkins, an American expatriate to Great Britain, developed a volatile liquid closed-cycle compressor in 1834, but it remained an experiment.

In 1844, he wrote in Apalachicola’s Commercial Advertiser: “If the air were highly compressed, it would heat up by the energy of compression. If this compressed air were run through metal pipes cooled with water, and if this air cooled to the water temperature was expanded down to atmospheric pressure again, very low temperatures could be obtained, even low enough to freeze water in pans in a refrigerator box.” And that was the genesis of a working ice cube tray.

Realising the wide-ranging application his invention would have, and its far-reaching implications, Dr Gorrie sought to take it beyond the portals of experimentation. Ergo, on that July evening of 1847, he used compressor technology to create ice to stun the guests.

Having successfully publicly demonstrated for the first time that ice could be made artificially in a refrigerator, the good doctor submitted his patent petition the next year, in 1848, and received a UK patent for his machine and the method in 1850, and a US patent in 1851. The air compressor, he believed, could be powered by horse, water, wind-driven sails or steam power. Sadly, he found no backers to make the concept commercially viable, and died trying.

Probably his idea was ahead of its time, or there was no startup culture or an angel investors then. It could be that the natural ice-harvesting lobby put a spoke in his wheel, or rather, his refrigerator. Leakage and unpredictable performance could also be reasons why Dr Gorrie’s machine didn’t catch on. He is, however, regarded a pioneer in the field of refrigeration for inventing ways to artificially manufacture ice. Gorrie Museum in Florida, with the model of the original ice-making machine and other contraptions he used, stand testimony to this.

Around 1855, the American businessman and inventor, Alexander C Twining successfully used sulphuric ether as a refrigerant, and set up what’s considered the first commercial ice-making plant, using vapour-compression refrigeration, in Cleveland, Ohio. Around the same time, James Harrison was experimenting with vapour compression for ice making, in Australia, and founded the Victorian Ice Works. In 1873, he was honoured with a gold medal for proving that frozen meat was edible even after months. Commercial refrigeration had arrived, and meat packaging and pharmaceutical industries were the big beneficiaries.

Ferdinand Carré developed a sophisticated ammonia-absorption refrigeration system. Rapidly expanding ammonia proved to be a better refrigerant, as it liquefies at a much lower temperature than water and, thus, absorbs more heat. However, ammonia later received some bad press due to its toxicity and flammability.

Anyway, back to Carré, his system, signalled the arrival of modern refrigeration as we know it, and is still the most widely used form of cooling. And that was way back in 1859 in France. And that brings us back to where we started – France 2015 and COP21. And we’re also back to experts backing ammonia as a refrigerant. But that’s a debate for another day, elsewhere.

Why do we measure air conditioner capacity in tonnes? Here’s a bit of trivia behind it… 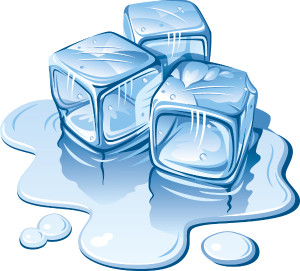 Using tonnage as a unit to measure air conditioner capacity dates back to the time when ice was harvested in winter and spring to keep buildings cool in summer. For example, the River Hudson in New York could sometimes yield about four million tonnes of ice in winter. And the amount of ice used was converted into BTUs (British thermal units) per hour of cooling. A BTU is approximately the amount of heat you get from burning one standard matchstick all the way down. So the tonnes stood for the number that indicated how much heat an air conditioner could remove from a place in an hour. Coming back to ice, it takes (143 BTU/lb) x (2000 lbs) = 286,000 BTUs to melt a tonne of ice completely. One day/24 hours was fixed as the standard time reference. If ice melts uniformly over 24 hours, it absorbs heat at the rate of 286,000/24 hrs = 11,917 BTU/hr, giving us a round figure of 12,000 BTU/ hr. Ergo, a tonne of air conditioner capacity is equal to 12,000 BTU/hr. In 1893, a committee to define “standard tonne of refrigeration” was established by the American Society of Mechanical Engineers. And tonnage stuck in HVACR jargon even after the “ice-age” ended in modern air conditioning evolution.