Hey, let’s go to the movies!

by Pratibha Umashankar
Share on FacebookShare on Twitter
The matinee idols who rule the hearts of millions owe their stardom to air conditioners, which made going to the cinemas cool.

Movie-going wasn’t the favourite summer pastime it is today. Hundreds of cine-goers crammed into a heated-up cinema hall, made matinee shows unviable, especially when the mercury soared. 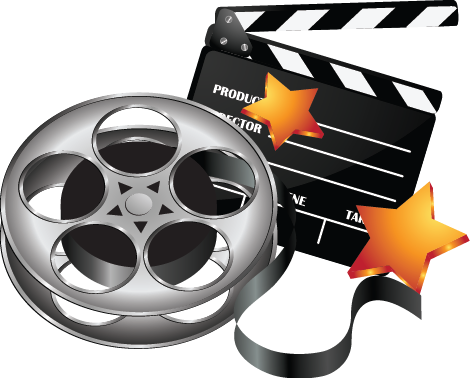 Yes, Willis Havilland Carrier had come up with the concept of air conditioning in 1902 and, in 1906, patented the device as “Apparatus for Treating Air”. The same year, Stuart W Cramer had coined the term “Air Conditioning”. Gardner T Voorhees had baffled visitors at the St Louis World’s Fair of 1904 by “magically” reducing the temperature at the expo in Missouri State Building – supposed to be the first public debut of air conditioning. Alfred R Wolff had used an air-cooling system at the Carnegie Hall in New York City, as also, later, other buildings in the commercial capital. Way back in 1842, Dr John Gorrie had used an air–cycle method of cooling air in hospital sickrooms. Several others in various parts of the country, and in Europe, had experimented with different systems to manipulate indoor air. But theatres were not yet on the radar.

Before the advent of air conditioners, summer months saw an economic slowdown. New York City, the business hub, emptied out with a month-long vacation in August. Industrial workers felt sluggish in the muggy heat. Even government work slackened, with senators in Washington DC migrating to cooler climes. But air conditioning changed all that.

In 1936, Carrier prophesied: “The average businessman will rise, pleasantly refreshed, having slept in an-air conditioned room; he will travel in an air- conditioned train, and toil in an air-conditioned office, store, or factory – or dine in an air-conditioned restaurant. In fact, the only time he will know anything about heat waves or arctic blasts will be when he exposes himself to the natural discomforts of out-of-doors.”

By 1960s, air conditioning had changed the business landscape, not only all through the United States – businesses moved from typically the northern States to the South and the West – but also in many parts of the world.

Incidentally, “colderising” and “mechanical weather” were among a few of the names given to cooling the air.

And then in 1917, York introduced a cooling system, called “air washing”, in the Empire Theater in Montgomery, Alabama in the sweltering South. The same year, Central Park Theater in Chicago, backed by theatre giants, Balaban & Katz, was designed to use air conditioning technology, giving boost to summer-time movie screening. There are contesting claims about which theatre was at the finishing line first. But for trivia buffs, Barney Balaban had earlier worked for a cold storage company, ergo the cool idea.

But World War I had sapped everyone’s energy and resources. So it was only in ‘The Roaring Twenties’ that war-weary Americans began to finally enjoy life with a vengeance. The era saw the birth of grand movie ‘palaces’, where people flocked; but ticket sales still slumped during summer.

Carrier, sighting an opportunity here, installed air conditioning at Sid Gauman’s Metropolitan Theater in Los Angeles in 1922. In 1924, he strode across to Dallas to cool the Palace Theater, leaving the owner, Will Horwitz beaming all the way to the bank. The time was now right and ripe to go big. So in 1925, he talked the Paramount Pictures Corporation into installing the complete centrifugal chiller system he had come up with, at the Rivoli Theater on Broadway in New York City. After several dummy tests, the Memorial Day – traditionally the last Monday of May – was chosen for the launch with a “real” audience. Typical of showbiz, the event was heavily advertised. On the crucial opening night, people thronged to the theatre with an admixture of curiosity and scepticism, many armed with fans – a standard accessory of movie-goers.

Quietly sitting in the balcony was Adolph Zukor, President of Paramount Pictures, observing the audience’s reaction. He had probably come all the way from California for the event. For him the stakes were high. Carrier, too, was waiting with bated breath, as people lined up hours before the doors opened. He knew it was an experiment that could go wrong. But the screening was a runaway success. Carrier heaved a sigh of relief, when people slowly stopped fanning themselves as the temperature dropped. And Zukor, a man not given to hyperboles, gave his stamp of approval at the end of the show with a terse, “Yes, the people are going to like it.”

Just as elevators made the concept of skyscrapers viable, air conditioning made storage and delivery of foodstuff across the world, pharmaceutical and computer chip manufacturing and data storage centres possible. In fact, it has influenced businesses across the spectrum.

That night changed the US cinema industry, and the world of movies. Audiences began to come to theatres for all the shows right round the year. For many, the film didn’t matter much. It was an escape from the heat. This heralded the concept of thermal comfort for the general public. Though the country, albeit sparsely, was already beginning to be dotted with air conditioned department stores, factories and pharmaceutical labs, it was the movie houses, which popularised comfort cooling.

In the next five years, Carrier was able to get his climate control technology installed in 300 cinema halls across the United States. Movie-making and screening had now become an extremely financially viable business proposition. And with box office cash registers ringing the most during summers, studios released their best and biggest movies in this season. And thus began the era of blockbusters!