by Rajiv Pillai
Share on FacebookShare on Twitter
In the last decade, Turkey’s HVACR sector has turned its attention to the export market. Superior technology,  backed by R&D, the rising number of manufacturers with international certifications and quality standards, improved marketing techniques and well-established after-sales service system, are some of the reasons for the sector making a mark globally, say industry experts. 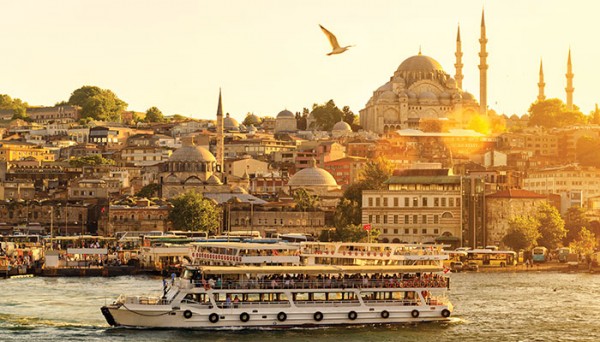 Thanks to Turkey’s Mediterranean climate – hot summers and cold winters – it needs extensive indoor cooling or heating right round the year. This accounts for a perennial demand for HVACR products. In terms of revenue, Levent Taşkın, General Manager at Danfoss, says that the local HVACR market size is about USD 2.5 billion, with the current export value standing at USD 5 billion, the target in the next 10 years being pegged at about USD 25 billion per year.

Ali Türker, General Manager at ODE, lists a few of the demand drivers for the market:

Türker reveals that Turkish consumers prefer “home-produced products”, which has helped the sector successfully create its own brands. Türker adds: “These Turkish brands are gaining ground in the international arena, too, especially in EU.” He observes that in recent years, local HVACR companies have begun to form joint ventures with global firms, creating knowledge and technology transfer opportunities for both Turkey and the HVACR sector.

With products, such as split air conditioning systems, boilers, DX units, fan coils, Air Handling Units, refrigerators, freezers, VRF systems, cooling towers, chillers, cold rooms, heating and cooling coils and rooftop/packaged units, Taşkın highlights that Turkey’s wide product range is sufficient to “flood” international markets. In his view, the ongoing construction activity in the region acts as a catalyst for the HVACR sector. “As per government plans, there is expected growth at a CAGR as high as 10% until 2022,” Taşkın informs, and highlights that according to a new regulation, central cooling is mandatory for new buildings that are more than 2,000 square metres, which will, in turn, increase the demand for the sector that has already registered growth.

Manufacturers in Turkey, in a bid to gain market share in the Middle East and Europe, are reducing their product cost, says Taşkın. He adds: “The government is also supporting manufacturers with incentives. This essentially motivates Turkish manufacturers to increase their brand awareness.” Türker agrees when he says, “Branding is the number one priority for increasing the market share.” Apart from this, he thinks that building a marketing team with technical knowledge is essential. “Additionally, R&D plays a significant role in transforming commodities into value-added products,” Türker underlines. “Since Turkish HVACR manufacturers give high priority to innovation and new product development, research and development activities are continuously conducted.”

Türker goes on to reveal that around 15 years ago, until elastomeric rubber foam was discovered, it was glass wool that was considered an alternative to elastomeric rubber foam. He claims that now there are specialised forms of rubber foams that are being produced as a result of such R&D activities. “R&D merges the market needs with the capabilities of companies, delivering satisfying results,” he sums up.

Another development, reveals Taşkın, is that Turkey has been announced as the official “Partner Country” for the ISH 2017 Frankfurt Fair, which is one of the world’s leading fairs in the field of energy-efficient heating and air conditioning technologies, renewable energies and innovative bathroom designs. “Turkey being a partner country for the fair, to be held in the year 2017, will provide more opportunities for promoting the Turkish HVACR sector and for consolidating and developing the made-in-Turkey image,” Taşkın proudly claims.

With its 12,000-strong active exporting firms, Türker says that Turkey is one of the leading countries worldwide in the HVACR sector. “The sector enjoys a continuous increase in exports,” Türker reiterates, and explains: “In the last decade, the exports have increased six-fold. We, at ODE, are proud of being a part of this success, too.” ODE claims to have exported 4,000 different kinds of insulation materials to 75 countries. As per a 2010 report titled, “HVAC­R INDUSTRY” by Tolga Taylan, the main export markets are the UK, Germany, France, Iraq and Italy. Taşkın elaborates: “Turkish HVACR sector’s biggest exports are destined for Germany; the HVACR exports to Germany has increased to USD 419 million in the year 2014, which is nine per cent more compared to the previous year. The other places of export are the UK, France and the Middle East.”

Speaking of future strategies, Taşkın reveals that the GCC region is one of the main target export markets that Turkey’s HVACR sector is eyeing. “Many Turkish companies have their branches in Dubai, Saudi and Kuwait,” Taşkın, citing information from the Turkish economic mid-term plan, confirms, and underlines, “ISIB, an HVACR Exporter Association related to the government, has certain GCC countries as export targets until 2020.” Evidently, Turkey, is, indeed, set to take flight.

How have regulations and standards in Turkey, established over the years, be they related to energy efficiency, reliability, ease of installation or sustainable practices, impacted the HVACR industry? Ali Türker, General Manager at ODE, says:“The Regulation on Thermal Insulation in Buildings focused on insulation. It was introduced to reduce the energy consumption of new buildings to be constructed and existing buildings to be rehabilitated to a certain extent. This regulation was revised in 1998 and became compulsory in 2000. It complements the National Insulation Standards for New Buildings (TS 825 standard). The Regulation sets the limit for annual heating energy requirements in buildings, which are different, depending on the climatic zone (defined in the TS 825 standard). Since the implementation of the regulation, thermal insulation has started to become an indispensable need for buildings. Another point is that at the beginning of 2003, in order to sell products in the Turkish market, it became obligatory for Turkish HVACR market to fulfil CE requirements.” Levent Taşkın, General Manager at Danfoss, says:“When it comes to refrigerants, we don’t have any certain regulations. Only for some cases, such as R12, R22, etc., where it is forbidden or to be used in limited amounts. We hope that the first step of F-Gas Regulation will be accepted by the end of the year. The Environment Ministry has all the procedures in place (they have worked on it for more than three years). However, because of the general election, and the delay in formation of a government, the F-Gas Regulation couldn’t be realised. The other regulations are energy-efficiency certificates, starting from A to A+++ and the mandatory requirement of high-efficiency pumps, which is expected to be implemented in 2016.”

At the recent Cityscape Global Dubai 2015 event held at the World Trade Centre on September 8-10, Turkish developers, amongst others, showcased a host of new property projects. An interview with İbrahim Kahraman, Chief Financial Officer at Siyahkalem Engineering Construction, one of the developers at the event, revealed a sense of optimism in Turkey’s real estate sector, despite the present global economic scenario.

“Currently, Turkey is the most attractive real estate destination because of its increased GDP and economic growth,” Kahraman said. Talking about his project, KÖY, meaning “The Village” in Turkish, he claimed that KÖY spans across an area of 467,000 square metres and promises young urban families a quality of life that has so far been accessible only to high-end villa owners. The land, he said, is owned by a semi-government firm, Emlak Konut Real Estate Investment Company, which is responsible for the construction completion and delivery of units to home owners. Giving details, he said, “It is also the first project in Turkey designed and developed in accordance with LEED Neighborhood Development criteria, which is one of the world’s benchmarks for high-performance Green Buildings that recognises best-in-class building strategies and practices.”

When asked whether such projects are viable considering the present economic slowdown, he responded: “Yes, there are still a lot of takers for such projects. This is a green project.” He added with optimism, “This economic problem is cyclic; it comes and goes.” He claimed that since the inception of the project, 60% of the first phase had already been sold. “The time’s now,” he reiterated throughout the conversation, highlighting the positive mood in the country’s construction sector.

HVACR industry over the years

According to “HVAC­R INDUSTRY”, a 2010 report by Tolga Taylan, the Turkish HVACR manufacturers started their operations in the 1950s. Since then, the Turkish air conditioning and heating sector has been growing rapidly, both in production and capacity. The increase in population and living standards has resulted in the need to come up with more HVACR products, the report says. However, it adds that the actual market development began in the late 1980s. The number of companies and the type of equipment available in the Turkish HVACR market increased in the 1990s, the report further states.