by CCME Content Team
Share on FacebookShare on Twitter
With government initiatives, like the Dubai Supreme Council of Energy's on District Cooling, perhaps driving the growth of the cooling tower market in the region, is there a greater sense of optimism? Rajiv Pillai reports on the current state of health of the industry.

With government initiatives, like the Dubai Supreme Council of Energy’s on District Cooling, perhaps driving the growth of the cooling tower market in the region, is there a greater sense of optimism? Rajiv Pillai reports on the current state of health of the industry.

In 2011, the Dubai Supreme Council of Energy enshrined District Cooling as one of the eight strategic pillars towards achieving 30% power savings in the emirate by 2030. Inherent in the announcement by the Council was a concerted push towards 40% market penetration for District Cooling. The development came as a shot in the arm for District Cooling-related equipment manufacturers, including the cooling tower industry.

If that were not enough, there is plenty of anticipation – and excitement – surrounding the imminent release of the blueprint for the EXPO 2020, which should further energise the market. “Owing to the two mega events [EXPO 2020 and the 2022 FIFA World Cup], there will be a boom as we get closer to the events,” says Jeevan Joy, the Managing Director of SPIG Middle East. “Moreover, with the new developments that will be announced as a part of these mega events, there will be a surge in demand for District Cooling.” 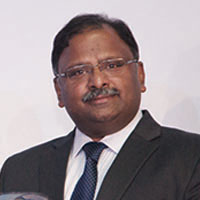 Dan Coday, the Sales Manager – Offshore FRP & Concrete Towers at Tower Tech, Inc., believes that the market size for cooling towers in the Middle East region is approximately USD 150 million annually. Zooming into the region, Coday adds that in the GCC, the Kingdom of Saudi Arabia, the United Arab Emirates and Kuwait are the major markets for cooling towers. Georges Hoeterickx, the Director of Business Development at Evapco, Europe, says that the market size depends on which countries one looks at, and the applications and the size of the projects in view. “Some manufactures only offer small- and medium-sized towers,” he says. “Some are only active in District Cooling, while others are not focusing on this market segment.” 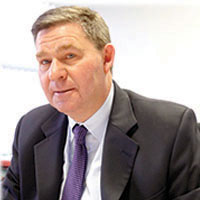 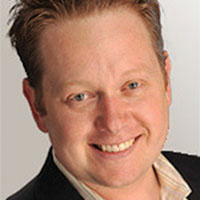 Hoeterickx feels that the demand for cooling towers in the UAE, although high, is not as high as it was in 2008. He adds: “Often, customers accept design changes to decrease the initial cost, which finally has a negative impact on quality, performance and overall efficiency.
Often, these changes are introduced under the name, ‘value engineering’ but that term is often misused.”

Besides business-related challenges, the cooling tower industry finds itself facing lingering technical challenges. Hoeterickx says that while District Cooling plants often offer the additional benefit of having a more professional operation and maintenance team onsite, which assures efficient and safe operation, the smaller individual systems sometimes lack proper maintenance, which could have a negative impact on their efficiency.

Elucidating more on the challenges relating to the maintenance and treatment, Hoeterickx mentions that issues like corrosion, scaling and biological fouling are mostly maintenance-related problems, and most often when the cooling tower suffers, other system components will also be affected. He says that the responsibility of maintenance ought to be handled in a proper manner; a new approach should be in place, he says, that extends the scope of the manufacturer. He suggests that the manufacturer should also operate the cooling tower but that the responsibility of maintaining the tower and handling the water treatment aspects is with the client. So, effectively, in Hoeterickx’s view, this becomes a shared responsibility.

While the structure of operation and maintenance, and the relationship between the manufacturer and the client perhaps needs to be crystallised, a close look at the nitty-gritty of maintenance also reveals divergent views – for the better or the worse. Coday and Bhaskaran, the Manager (Water Treatment Division) at Abu Dhabi-based Water Bird, are of the view that chemical treatment is the most common and current form of maintenance practice. 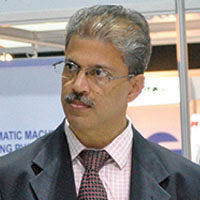 Hoeterickx, on the other hand, takes a contrarian view to the use of chemicals. “Till now, they still use chemicals, but there are options that are less harmful for the environment,” he says. “It is the role of the consultant to specify better solutions, and hopefully, these will be applied during project execution.” Bhaskaran, though, disagrees. Most of the chemicals are environmentally friendly, he says. And biocides are biodegradable.

Getting into the specifics of water treatment technologies, Coday says that alternative water treatment approaches are gaining in popularity, including the use of water softeners for reducing water makeup demand.

The broader issue with water, when it comes to cooling towers, is the source of the water. The source continues to be an important topic of discussion, given the obvious precious nature of water in the arid conditions of the GCC region.

Water has always been a cause of concern in the Middle East for a long time. “Since everybody uses DEWA water as the makeup for cooling towers, the water demand has been increasing,” Bhaskaran says, in the context of Dubai.

Despite all the challenges associated with using TSE, Coday and Hoeterickx agree that this is the route forward and that the challenges must be factored in at the design stage. Joy concurs by saying: “There is TSE availability, but the network and distribution of TSE for the District Cooling plants needs to be looked into from an earlier stage of the project. If TSE is being proposed for makeup, the developer has to ensure that the network is able to feed the towers with TSE once it is ready.”

Another well-known alternative source is water from the sea. However, Coday feels that there is a cost factor involved when it comes to reaching out to the sea. “The idea of using sea water for cooling tower makeup has been spoken about, but I believe the initial capex pressure on new District Cooling plants has been a deterrent to using tube materials, such as titanium, which can withstand sea water. Additionally, sea water accelerates corrosion of mechanical equipment on induced draft cooling towers.” By way of adding to the argument, Hoeterickx cautions that the impact of thermal effluents on marine life cannot be underestimated.
Coday, however, also believes that as water costs rise and titanium prices relax, there is bound to be more interests in sea water for District Cooling plants. Joy talks of how worldwide, there has been an increased usage of sea water as makeup in petrochemical, power and process plants. “The users and consultants,” he says, “should come forward and implement sea water cooling wherever it is feasible.”

Do not make hay when the sun shines. That’s what cooling tower veterans will tell you. Cooling towers, when not properly designed, installed and operated, can be the cause of a Legionella outbreak, Hoeterickx says. “Cooling tower designs should include full sunlight blockage into the circulating water, for example; have high-efficiency drift eliminators, certified by an independent third party; sloped basins designed for absolute minimum water volume into the tower and easy access for maintenance,” he clarifies. This means that careful attention must be paid at the design stage, as Joy mentions ad infinitum. Coday further corroborates, “When Legionnaire’s Disease is contracted from a cooling tower, it’s typically because Legionella was bred in a stagnant cold water basin and, then, transported to the host through drift emissions.” Proper maintenance and treatment is the obvious solution to avoid such issues, all three say.

To pre-empt the whole issue around Legionella, Joy recommends taking recourse to guidelines. “There are strict guidelines with regard to the prevention of Legionella disease outbreaks, which should be implemented during the operation and maintenance of the towers,” he says.