by CCME Content Team
Share on FacebookShare on Twitter
Zafer Ure extols the virtues of adiabatic air inlet cooling in saving energy and in improving the performance of air-cooled chillers, dry coolers and condensers. 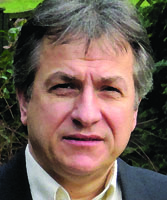 Zafer Ure extols the virtues of adiabatic air inlet cooling in saving energy and in improving the performance of air-cooled chillers, dry coolers and condensers.

In the face of such circumstances, adiabatic cooling offers itself as a solution. Adiabatic cooling as a concept is several millennia old. Indeed, many ancient civilisations made use of the natural effects of water and evaporation to cool indoor areas.

The Ancient Egyptians are known to have used porcelain clay pots to collect water and have their slaves fan the cooler air into their vicinity. In a similar yet slightly more advanced manner, the Romans are noted to have engineered their aqueducts to circulate water throughout the walls of their houses, hence maintaining a cooler air temperature. The Persians went one step farther – they engineered dedicated building structures, which featured a tower in each corner; at the bottom of each tower was a water reservoir, and at the top lay a specially designed roof. The air from outside was captured by the roof’s design and funnelled down and across the water reservoir, below, cooling the occupants within the building. These instances from the pages of history are truly astonishing; furthermore, they offer an insight into the world’s first true HVAC applications.

Without the shadow of a doubt, cooling represents one of the main sources of power consumption within any modern building application, especially in the Middle East region. With an ever-increasing demand from businesses and individuals alike, many buildings and facilities are being pushed to their technical cooling limits.

Increasing energy prices and government regulation, in conjunction with the potential consequences associated with a complete system shutdown or cooling failure, has led to a new breed of building services, where systems must be far more wisely designed and backup facilities put in place. Even with the smartest possible design, it is sometimes unavoidable that issues, such as heat surges, wind direction changes and installation environment affect the system’s efficiency.

In many cases, chillers/HVAC equipment are installed extremely close to one another, leading to a domino effect of heat being transferred from one unit to another. This creates an artificial ambient, far higher than the actual ambient, outside. It is in such conditions that the compressor shuts down, leading to complete cooling failure.

In response to these issues, a multitude of methods and technologies have arisen, and they have targeted the addition of evaporative cooling as the solution. Evaporative condensers and cooling towers were once seen as the best and most economical solutions; they have, however, come under increasing scrutiny not only due to tight regulations to overcome the risks of Legionella but also due to lack of adequate water resources in the Middle East. Concerns over health risks and availability of water opened the doors wide for adiabatic cooling technologies, including plastic drift eliminators, rigid/paper mats, direct water spray on to the coils and various forms of fogging systems.

Atomised fogging systems may provide efficient cooling, but as the water is constantly sprayed at a very high rate through a high-pressure pump, the water consumption is significantly high. As the water is atomised, light water droplets can be directly sucked into the incoming air stream, which may carry over these droplets back to the aluminium and copper coils; inevitably, scaling and corrosion become a serious and on-going threat. Moreover, since there is a requirement for a high-pressure pump and a UV light to minimise the health risk, the end-result is a complex system, which demands a high maintenance schedule, which ushers in associated costs.

A wet pad as a concept is an alternative option, where cardboard pads are directly placed in front of the condensing coil; water is then dripped throughout the pads by means of a sump pump, allowing for the adiabatic evaporative cooling process to take place on the surface of the pads. Although this system uses less water than an atomised system, the dust and dirt clogging the pads could cause significant pressure drop, leading to decreased efficiency and eventual compressor shutdown. The need to maintain the sump pump as well as replace the pads on a regular basis makes the concept a rather inconvenient proposition.

The mesh Adiabatic Cooling System is based on intermittently spraying water straight from the mains water without any pump or water treatment onto a mesh placed in front of the heat reduction surface. When the hot air passes across the wet mesh, it evaporates the water and effectively cools the incoming air by as much as 15-25 degrees C (20-30 degrees F).

This reduces power consumption by as much as 30-40% and improves the performance of the air-cooled chillers, dry coolers and condensers and refrigeration plants. Moreover, the mesh acts as a self-cleaning filter even without any water spray; additionally, it provides year-round shading against direct solar gain.

The mesh system’s simple water-spray concept can be considered as being virtually maintenance-free. In addition, the system is customisable and lends itself to retrofitting, as it can be applied to any make or model of heat-rejection equipment for new as well as existing units.

Every country the world over is trying to reduce its CO2 emissions, and any evaporative air-cooling concept ought to be viewed as a powerful ally in the efforts underway. Any form of adiabatic air inlet cooling can be considered as an acceptable solution to achieve not only environmental benefits but also significant energy savings.

Zafer Ure is the Chairman of EcoMESH Adiabatic Systems Ltd. He may be contacted at z.ure@ecomesh.eu