by CCME Content Team
Share on FacebookShare on Twitter
Figure represents a payout ratio of 53%. Shareholders of Abu Dhabi-based Tabreed have approved a cash dividend of five fils per share at the company’s Annual General Assembly (AGA).

Figure represents a payout ratio of 53%

Shareholders of Abu Dhabi-based Tabreed have approved a cash dividend of five fils per share at the company’s Annual General Assembly (AGA).

The AGA was chaired by Waleed Al Mokarrab Al Muhairi, Tabreed’s Chairman, and attended by

Tabreed’s Board of Directors, shareholders, and the company’s senior leadership team.

Tabreed’s approved dividend distribution of five fils per share represents a payout ratio of 53% and a yield of 4.6%, the company declared.

Commenting on Tabreed’s performance in 2014, Al Muhairi said: “As a utility company, Tabreed distinguishes itself by providing sustainable and stable earnings year-on-year, a trend that we maintained in 2014 by returning a strong set of results that build upon the preceding years’ performance.

“2014 is the third consecutive year that we have distributed cash dividends, which underscores the company’s commitment to enhancing shareholder value and its healthy financial position.” 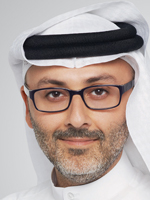 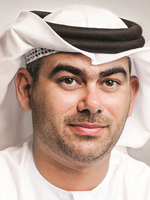 Addressing Tabreed’s shareholders, Jasim Husain Thabet, the company’s CEO, added: “Tabreed continued to benefit from its position as the only district cooling provider with regional operations as we made significant connections in Qatar and Saudi Arabia during the past year.”

Shareholders also approved the Board of Directors’ Report, the Independent Auditors’ Report and the Financial Statements for the year ended December 31, 2014.

Robust economic growth and increasing demand for District Cooling across the region enabled Tabreed to reach several critical milestones in 2014, including an AED 1.05 billion acquisition of the existing district cooling plant on Al Maryah Island in Abu Dhabi in a consortium with Mubadala Infrastructure Partners, the company said. The company also signed a long-term concession agreement with Meraas Leisure and Entertainment to provide 45,600 TR of cooling to the new Dubai Parks and Resorts development in Jebel Ali, and has renewed its master services agreement with the UAE Armed Forces in a contract valued at AED 6 billion.