‘It is worth considering DC to achieve demand reduction targets’ 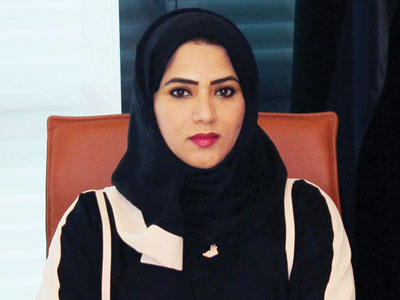 Abu Dhabi has allowed the synchronising with the grid. Dubai is now opening the doors for Renewable Energy to be linked to the grid? Will we be seeing a unified Federal policy regarding distributed generation?

The UAE vision for economic development is to achieve a sustainable and diversified economy, fuelled by an equally sustainable mix of energy sources and energy-efficiency programmes, and the target for clean energy is 24% by 2021.

To achieve the target and to set the long-term targets for energy mix, the Ministry of Energy and the stakeholders concerned have formed the UAE Energy Strategy Development team to develop the UAE energy mix strategy and the demand reduction targets, compared to business as usual. The UAE government is conscious about the environment and is keen on reducing the environmental footprint, which is positively affected by cleanly distributed energy production.

When are we likely to see the details of the Energy Strategy?

The Ministry of Energy is directing attention to Renewable Energy, efficiency and conservation through the Energy Strategy, which will not be isolated from existing strategies or policies in the emirates.

And it is clear to us that energy-efficiency projects are the low-hanging fruit that produce fast results. District Cooling, as an example of energy-efficiency options, helps reduce energy consumption and costs compared to conventional air conditioning and, therefore, we believe that it is worth to consider it while developing the detailed policies to achieve demand reduction targets.

How can Natural Gas be used in the different emirates of the country? We see progress being made in Abu Dhabi and Sharjah, but what about the rest of the emirates?

Will the local market in the country have priority when it comes to getting Natural Gas?

Compared to other sectors, power generation, as of today, is getting nearly 100% of its fuel requirement from Natural Gas.

Is the UAE Government planning to give an energy rebate to District Cooling? In the US, there is a 30%-40% rebate given to Renewable Energy and also a rebate for ultra-efficient projects. When will we be seeing an integrated approach to that?

Is there any move to remove subsidy on the pricing of power and create a more uniform pricing strategy across the UAE?

For the electricity sector to be a sustainable business, the tariff should reflect the actual cost of the service. This depends on the energy mix, the cost of fuel and the cost of utility operation. In the UAE, we have four electricity and water utilities, each with different costs for delivering the services to the consumer. Abu Dhabi has already revised its tariff, and Dubai has a slab system and fuel surcharge in place. If you look at the different sectors, some of them are already reflecting the actual cost of the service.

Many countries, like Singapore, are giving real-time pricing. They send out signals to consumers on what the price will be in the next half hour. When can we hope to see real-time pricing, so as to send the message that peak hours are, for instance, three to four times more expensive than non-peak hours?

To implement a real-time pricing system, an energy market mechanism, regulation and smart infrastructure are required. The shifting to smart meters from conventional meters is going on in the UAE, through which some of the electricity utilities have achieved nearly 100% smart metering systems, and others are progressing.

The UAE is rich in Natural Gas. Now, Natural Gas is highly subsidised at 0.9-1.4 for million BTU. In the US, it is four dollars. Would you agree that if the subsidy is removed, there is a possibility it will encourage the internal trading of gas instead of spending energy on liquefying. From a financial point of view, would the country consider exporting oil and using Natural Gas internally?

The UAE is an importer and exporter of Natural Gas. The government has recognised the need for meeting the increasing local energy demand while maintaining its reputation as a reliable supplier of oil to the world. As an oil and gas producer, we have commitments to the world, and that’s one of the drivers for undertaking measures to set a strategy to reduce the demand on energy and for energy resource diversification.

The UAE started the initiatives for diversification of energy resources many years ago and is leading the region in clean energy projects. In addition to Natural Gas, the country is looking at solar and nuclear power. We are expecting the first nuclear plant reactor to come online in 2017. And from there, we expect to add one every year towards reaching a total of 5.6 GW. When it comes to solar, we have 11 MW at Masdar and100 MW in the Shams project. And in the Mohammad Bin Rashid Solar Park, we have a 13 MW plant in operation and another 200 MW under construction.

Tri-generation, it is being said, can save 75% of primary energy compared to the current standard of District Cooling. It needs Natural Gas, though, and it needs some rebate and encouragement from the government. This (offering of rebate) is what the Americans, the Europeans and the Japanese are doing. Isn’t it time the UAE considered this approach to address the increase in power demand, which is putting enormous pressure on generation?

Most of the generation plants in the country are combined cycle, to achieve the highest efficiency. When it comes to tri-generation, the distance between the power plants and the District Cooling plant has to be studied. This can be one of the areas to be studied by the utilities to achieve the demand reduction target.

As I mentioned earlier, we are in the stage of defining the energy mix and the technology; enablers and regulation will come in the second phase, where we will investigate the initiatives that best fit the UAE to achieve the targets.