A champion of champions

by CCME Content Team
Share on FacebookShare on Twitter
The US EPA has been credited for helping school districts across the United States resolve various IAQ challenges and provide students with a healthy learning environment. Here, Fatima de la Cerna dissects the body’s role in establishing a programme to give an IEQ framework to schools…

The US EPA has been credited for helping school districts across the United States resolve various IAQ challenges and provide students with a healthy learning environment. Here, Fatima de la Cerna dissects the body’s role in establishing a programme to give an IEQ framework to schools… 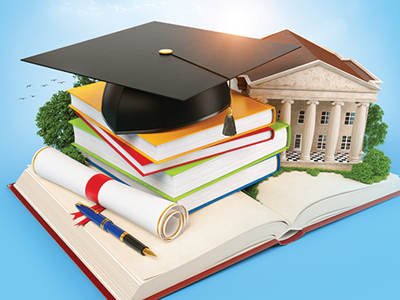 In the February 2015 issue, Climate Control Middle East featured a report prepared by Francine Locke, the Environmental Director of the School District of Philadelphia (SDP)*. The report spoke about SDP’s indoor environmental quality (IEQ) programme and its related activities and projects, and related how the district took both reactive and proactive approaches to the issue of school facility health based on, among other things, the US Environmental Protection Agency’s (US EPA’s) Indoor Air Quality Tools for Schools Program.
SDP is not the only school district in the US to credit the agency and its IAQ programme for the improvements it has seen in its indoor environment and the resulting improvements in student productivity and attendance. The agency’s Web site (www.epa.gov) indicates that the IAQ Tools for Schools guidance “has been implemented successfully in tens of thousands of schools nationwide”. Some of those schools and school districts, such as SDP, have been awarded the title of IAQ Champion. EPA states that the institutions are recognised as such, because they “demonstrate an exceptional commitment to maintaining healthy educational facilities while institutionalising comprehensive IAQ management practices”.

Components of an effective IAQ programme

EPA’s IAQ Tools for Schools guidance is anchored on what the agency refers to as the Framework for Effective School IAQ Management, which identifies six key drivers and seven technical solutions.

The key drivers, described by EPA as “the essential elements of effective and enduring IAQ management programs”, are: organise (for success), communicate (with everyone all the time), assess (your environments continuously), plan (short- and long-term activities), act (to address structural, institutional and behavioural issues) and evaluate (results for continuous improvement).

With the Framework to guide them, schools interested in implementing the EPA programme are encouraged to use the programme action kit, which includes checklists on – just to mention a few – renovation & repairs, ventilation and building & grounds maintenance.

As previously pointed out, Locke’s school district is not the only one in the United States to utilise the EPA programme and see results. The agency has published several case studies on various school districts and the measures they have undertaken to improve their IAQ.

One such case study was carried out in the Katy Independent School District (KISD) in Texas. According to the details of the study, published by EPA, KISD suffered from a mould crisis in 2002, which brought about the closing of one school and the relocation of more than 700 students. The crisis reportedly pushed the district to establish an IAQ programme that has produced tangible results, such as reduced absenteeism and “improved student, teacher and staff comfort, performance and satisfaction”. The published study also recognises the programme for the role it played in turning around a negative situation and transforming negative publicity into a story of success.

Peggy Caruso, the Assistant Director of the KISD Maintenance & Operations Department, has been quoted by the EPA as saying: “The IAQ Tools for Schools guidance has become a part of the KISD culture and the ‘way we do business’. The expectation is that we will provide a clean, healthy environment for our students and staff, and the IAQ Tools for Schools guidance allows us to do just that. As time passes, we continue to instil those lessons in our employees and see buy-in at all levels; it has become an integral part of our day-to-day operations.”

With mounting scientific evidence supporting claims that a school’s indoor environment has noticeable impact on the health and performance of students, EPA is driving the message home not only by promoting its IAQ programme but also by encouraging its school districts to work together by collaborating and sharing best practices with each other. The IAQ Champion title, for instance, is not handed out as a mere reward. Districts classified as IAQ Champions are expected to help those that are facing difficulties with the quality of their indoor environments.

As EPA puts it, if a school or district has IAQ troubles, they are encouraged “to reach out to these exemplary programs to learn more about the strategies, challenges and commitments they have taken to protect student and staff health and safety”.

If EPA had its way, having champions as mentors would eventually lead to the birth of new champions and a dearth in ailing schools.

*The full issue can be viewed at https://climatecontrolme.com/digital-issue-of-february-2015/

Climate Control Middle East follows British English spelling. For the purpose of this report, proper names of programmes established by the US EPA appear in American spelling.

In 2006, the North East Independent School District (NEISD) recognised the link between IAQ management and asthma control, as a large number of students with asthma were visiting the school nurse regularly for reliever inhaler doses and for missing school. Once the connection was made to student health and productivity, NEISD’s IAQ management programme took on a new sense of urgency. By developing the Department of Environmental Health, the district sought to improve its control over IAQ in its classrooms by reducing airborne pollutants and other asthma triggers. NEISD strives to maintain a sustainable and institutionalised IAQ management programme, while continuing to transform its mission – to create healthy buildings for all students and staff.