Automatic for the people

Experts agree that clever control systems can drastically reduce energy consumption in built-environments, but due to lack of engagement among end-users, the GCC market has been slow to warm to the idea.
By Fatima de la Cerna, Assistant Editor 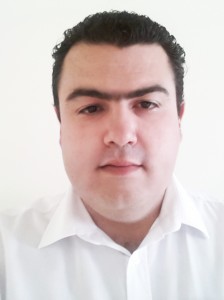 In Dubai, a five-star hotel inaugurated only last year has a dedicated – for lack of a better term – meter reader, i.e., an employee who is responsible for inspecting all of its 12 meters and noting down on a piece of paper the amount reflected on each. He does this twice a day, taking two hours each time. That means four hours of his workday and 20 (more if he works six days a week) of his workweek are solely devoted to the task of writing down some numbers. Extrapolated to a year, that would translate to almost a thousand hours.

The above is not a fabricated scenario, clarifies Henrique Pereira, Managing Director of SEABRA Middle East, who believes the employee’s time could be put to better use if the hotel would only install a clever building management system (BMS), one that integrates all HVAC systems into a single platform and, thus, allows management to see the whole picture, of which meter readings make up only a small part.

“If only,” muses Pereira, sharing that the hotel story he mentioned is, unfortunately, not only true but also just one of the many representative scenarios of the current “level of reality” in the UAE and the rest of the GCC region.

First impressions
Talking about his first time in Dubai, Pereira admits to being astounded by what he saw. “Seeing all those beautiful buildings, I was so sure that everything must be automated. I was very surprised to discover that I was wrong.”

He recalls his initial meetings with facilities managers, saying, “I’d ask them if they had a BMS installed, and they’d say ‘no’. Other times, I’d get a ‘yes’ but then be told that they weren’t using it. There were also some who claimed that they were using their BMS, but when I asked them to show me, they couldn’t even remember the password. The only reason they have BMS is because regulations require their installation. They don’t care about using them. They just buy cheap products they don’t intend to use to get a check mark on certification requirements.” 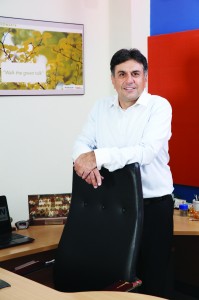 Bakhtiar H Wain, CEO of Avanceon, has an explanation for why this is the case. “There is no question that the regulations are there. We can see that governments in the Middle East are working towards sustainability,” he says. “But governments can only do so much. Certifications are important, of course, but people must genuinely believe in the need to be green; they need to have that mind-set, because efficiency is an end-user-driven industry.”

Wain, expanding on this last point, names contractors as an example. “Ideally, contractors should educate their clients on the need for energy-saving control systems, but their primary objective is to meet the specs identified and to deliver the project on time so they can move on to the next one. They can, perhaps, ask the clients if they want to be educated on what their options are, but if the end-users are not engaged or interested, there’s not much the contractors can do.”

Keeping up with the times
Drawing upon his exposure to the industry, Pereira observes that what GCC countries have in common is how their buildings tend to be equipped with only the very basic of controls. “I’ve worked with hotels that are only a decade old, making them fairly new, but they face a lot of challenges. They cannot reach desired temperature levels or they have to change equipment often,” he says. “This is because even though scenarios are different now – sources of cooling have changed, staff size has changed – the equipment behaves the same.”

SanjivSachdeva, Managing Director of Gulf Engineering System Solutions, echoes this observation. “Buildings here are more fan coil units, or room units as we call them, and most use technology that is 10 to 15 years old,” he says. This lamentable state, he adds, can be improved if consultants are up to date on current trends. “It is even more important today to keep consultants informed, because controls is one field that is changing very fast. They need to know what new technology is available out there, so they can make the right specifications.”

Manufacturers, explains Sachdeva, are consultants’ source of new information, so interaction between the two is important and in everybody’s best interest. “Consultants learn in university and in the seminars they attend, but in the real world, interaction is necessary. It brings technology forward and trends into focus.”

On the bright side
Not all is doom and gloom, however. As per Sachdeva’s rough estimation, the size of the GCC controls market – commercial and industrial combined – for 2014 reached USD 25 billion, with Saudi Arabia, the UAE and Qatar contributing USD 6 billion, USD 5.25 billion and USD 3.75 billion respectively. And he is expecting those figures to increase this year.

“It’s still early in 2015, but so far, the HVAC industry has been upbeat, enjoying 25% growth compared to the same period last year. At the end of this year, I’m projecting a 15% increase in market size for the whole industry, since more projects are in the construction phase,” says Sachdeva. He adds that with policy-makers expressing more support for green building, new development projects will mean more awareness of, and interest in, controls and automation. 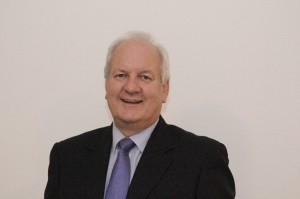 “Even now, people are already making smart choices,” he says. “Most are choosing products with BACnet protocol, since old products are difficult to integrate. The market is also showing a preference for EVL (Ethernet Virtual Loop) platforms to control and monitor services, and for systems that come with freely programmable functions and are easy to operate.” The latter is especially important, he stresses. According to him, a complicated BMS will only frustrate users, who will then decide to just bypass controls altogether. “Control systems must be user-friendly. They should be designed in such a way that they are less technical for the end-users. Leave the technicality to the engineers and the installation team.”

Other features that are attracting the attention of the market are remote access and energy-saving and energy-monitoring capabilities, adds Sachdeva. “Owners of hotels and store chains, for instance, are realising the benefits and importance of being able to check what’s happening in their buildings even while they’re away. They want to be able to compare the energy usage of their properties and determine the cause behind any discrepancy.”

Sachdeva also suggests that the industry focus on promoting active humidity controls. “When you go into a room, you’ll normally see a thermostat to control temperature, but humidity control is missing,” he says. “It’s a prevailing misconception that you can control humidity by controlling temperature. You can’t. We must change our controls strategy to address active humidity, which is just as, if not more, important as temperature to indoor environmental quality because it encourages microbial growth.”

For his part, Wain is convinced that the industry should take a closer look at what he believes is the next big thing in controls. “IoT, or the Internet of Things, is becoming quite a buzzword. Personally, I am very excited about it. It’s going to shape the future of controls. We talk about BACnet and all those other protocols, and they’re great, but who’s to say if they’ll still be of value in the next three or four years? Maybe with IoT, there will no longer be a need for them.”

Efficiency is business
Pereira, like Sachdeva, holds a positive view about what is in store for the controls market. “The future is looking up,” he says. “The size will dramatically increase in the next four to five years with companies now beginning to introduce efficiency, comfort and automation.” 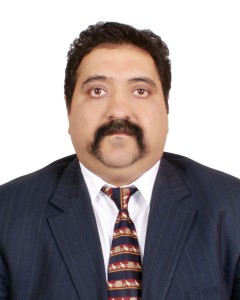 While he admits that, at present, buildings in the GCC can’t be described as healthy and efficient in general, the region has seen numerous improvements. “Efficiency was not a pressing concern before, but it is becoming one now and not only because of its relation to the environment. For the business owner, efficiency through controls means a decrease in utilities costs. The benefit goes directly to the bottom-line.”

Not many things, Pereira elaborates, offer the same promise of immediate results. “Controls can give you fast ROI (return on investment). They are dramatically effective. By introducing automation, customers can expect 10 to 20% reduced energy consumption, and 95% will enjoy payback in less than two years.”

Bringing those numbers to the attention of the customers, says Pereira, should be a priority among those in the sector. “Our role is not to convince them but to demonstrate to them why they should install controls in their buildings. It’s not about putting on presentations but giving them concrete data that can be audited later. What we do is not marketing but engineering, and engineering is about estimating and giving figures. It is about getting the solution to fit the problem and not the other way around.”

Building health in the GCC 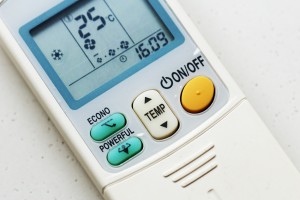 In many cases, only simple air conditioning is implemented. There is often little fresh air, or it is not being controlled correctly or the use of fresh air control is not understood by building operators. This ends up causing dampness or, in severe conditions, mould.

I recently visited a building and looked at their BMS. I immediately found out that they were supplying fresh air into the building at 24°C and the RH was over 80%. This was introducing high moisture content into the building, which would eventually have caused issues with the building fabric.

How the GCC compares to other regions

I’ve been in the Middle East for 33 years, and I think our BMS industry is well behind those of Europe and North America. There has been very slow uptake of some of the newer technologies. Also, in those regions, projects with BMS don’t just stop at the installation stage because systems have to be used and maintained to enjoy savings. Here, an installed BMS usually becomes a mere monitoring system or, worse, ends up in a corner, gathering dust.

Market behaviour and how it must change
We went through a phase of ‘build it [at] low cost and worry about energy costs later’. Now, many building owners are shocked at the actual running costs of a building and looking to make savings as energy prices rise.

Unfortunately, the market here has been very price driven and project specifications are not updated with the latest energy-saving technology and options. With the use of advanced cost modelling and some real thought on the materials and design, large sums in energy could be saved, even with the use of currently installed plants.

Also, I think everything comes down to the final engineering of each system and to the engineers themselves. They must be encouraged to implement the systems in line with the projects’ real needs and to monitor the whole plant, so it offers the best comfort and energy solutions. Put more engineering into the projects in the early planning stages and it will pay major dividends in the long run.