by Pratibha Umashankar
Share on FacebookShare on Twitter
So the Romans had hypocausts and frigidariums and the Koreans had ondols. And the Indus Valley Civilisation may have predated them all when it came making indoor air behave itself. But wait, the Egyptians were pretty cool too! 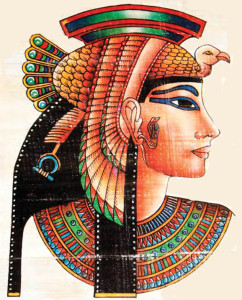 Picture this: It’s a hot and dry summer evening in Egypt, circa 1300 BC. The lady of the house hangs yards of damp cloth over the open doors and windows. A light breeze blows across and over the wet curtains. The interior cools to create a comfort zone, and the family sits down to enjoy a meal. That’s evaporative cooling for you!

In fact, ancient Egyptians are credited with being the first to use evaporative cooling using this simple and practical method. They also used wet blankets (no idiomatic pun intended) and reed mats soaked in water for this purpose. Jugs made of porous material filled with water did the same trick.

What was more ingenious was these jugs of water, or specially cast ceramic blocks with porosity uniformly distributed all over and dipped in water, chalk moulds, pads of water-soaked linen placed outside the house in the path of the wind, all acted as “wind catchers”, with the resultant evaporation cooling the air outside even before it entered the house.

Passive cooling in our times

Passive cooling is defined as a building design approach that focuses on heat gain control and heat dissipation in order to improve indoor thermal comfort with low or no energy consumption.

Palm trees strategically planted around the house or in the courtyard itself, near placid pools of water, and ponds outside the house, as part of the building layout, with breeze playing over them and wafting into the living spaces were also great wind catchers. Pads of moist cloth were placed over apertures on top of buildings to ensure that a steady stream of air wafted into the interior. Overhead water tanks with a slow drip system kept the pads moist. In short, large wet surface areas were created for evaporation.

Passive cooling? Well, yes, for passive cooling is a method that uses wind and water evaporation for cooling, with no blowers used. All right, “no blowers” was not a tradition strictly followed by the royalty and the rich. They had slaves constantly fanning these pots of water or reed mats or other paraphernalia inside and outside the mansions, with lotus leaves, we are told, to accelerate the cooling process. Well, in a sense, it could be called “passive cooling”, as the slaves, exploited as they were, had no choice but to passively and silently keep fanning the water jugs and jars. 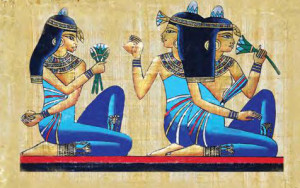 If all this  sounds  a  bit  far- fetched,  and  if  proof,  indeed  be needed, an Egyptian fresco dating back to 2500 BC shows servants fanning  water  jars, which   are   regarded   as   an early documentation of human endeavour  to  condition  the  air. It is believed that this practice was prevalent even in ancient India.

During most of the year, the winds in Egypt blew, and still blow, from the north. And then there’s the great Nile, as the carrier. The architectural design had doors and windows of buildings strategically placed and other wind catchers incorporated to face these winds to facilitate evaporative cooling.

This form of cooling had an added bonus: it acted as a humidifier by adding moisture to the arid desert air and the built environment.

And what about winter? It was time to make ice. And again, good old evaporative cooling came to the rescue. Shallow ceramic pans of water were kept in the direction of the cold desert breeze. This, coupled with near-zero humidity helped create a layer of ice. Ice was then scooped out from these “ice trays”, wrapped in some kind of insulating material, buried deep in the earth, and taken out in small portions on hot days. It kept the drinking water cold and helped preserve food longer. Natural refrigeration, d’you think? 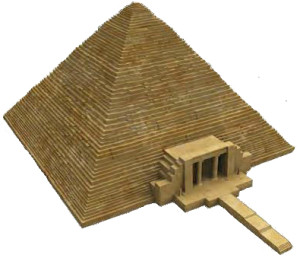 Ancient Egyptians knew how to move stone slabs. The massive pyramids are testimony to this. But the technique was not only used for helping pharaohs make a safe trip to the nether world, but also for practical purposes. For example, they moved stone blocks out into the desert at night, and inside during the day. Are we thinking heat pumps here? Well, going strictly by the definition, “A heat pump is a device that provides heat energy from a source of heat or ‘heat sink’ to a destination. Heat pumps are designed to move thermal energy opposite to direction of spontaneous heat flow by absorbing heat from a cold space and releasing it to a warmer one.”¹ And stone walls have thermal mass to both store heat and “coolness”.