We are preparing for … a world without oil

by CCME Content Team
Share on FacebookShare on Twitter
Scandinavia is bracing itself for total independence from oil-based power generation. Following the devastating oil crisis of 1973, the region is now making inroads into exclusively producing power from renewable sources. We have the report.

Scandinavia is bracing itself for total independence from oil-based power generation. Following the devastating oil crisis of 1973, the region is now making inroads into exclusively producing power from renewable sources. We have the report. 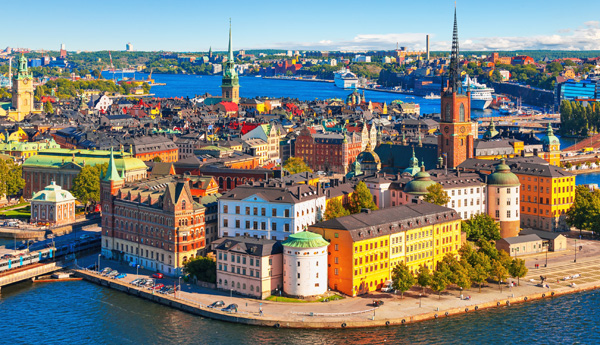 The continued progress of many of the world’s economies is bringing about an exploitation of finite resources on a larger scale. This not only harms the planet and puts the coming generations in grave jeopardy, but it also has a potentially negative effect on global economic returns. In response to this predicament, many countries in Europe, like the Scandinavian nations, have embraced the concept of sustainability and clean energy, and have set highly ambitious renewable energy goals for the future.

The disastrous effects of the global oil crisis of 1973 have made a mark on the collective psyche of the Scandinavian people. It has especially influenced the way they look at energy production and CO2 emissions. Richard Steed, a freelance journalist who has worked with Denmark’s Ministry of Foreign Affairs, in an interview with Blue & Green Tomorrow, said that the country had realised that greater energy efficiency and a more diversified energy supply would help Denmark reach its economic, political and social goals. “Since then [the crisis],” he said, “it has had an impressive record of pioneering onshore and offshore wind farms, district heating systems and energy generated from waste.”

By taking a pioneering stand on renewable energy production and reduction of CO2 emissions, Denmark has furthermore proved that “growth” and “green” are not always necessarily conflicting concepts. “Denmark’s economy grew by 45% from 1990 to 2007, and its CO2 emissions were reduced by 13%,” said Steed.

Owing to the encouraging development that the country has been making in the renewable energy front, Denmark has set a staggering goal of producing 100% of its energy from renewables by 2050, and the entire country is said to be determined to reach it.

Sweden has also been observed to have reduced its fuel imports since 1973, and is said to be planning to be completely free of oil dependency in the not-too-distance-future. In line with this, the Swedish government has launched a multi-billion dollar programme to promote renewable energy. The efforts towards this end have gained traction in the country, with renewable energy productivity rising from 33.9% in 1990 to 42.4% in 2009. As a validation to the ongoing development, Swedish Minister of Sustainable Development, Mona Sahlin, in an interview with The Guardian, said: “We want to be both mentally and technically prepared for a world without oil.” Norway and Finland are also reported to be making significant contributions to a cleaner future. In 2009, Norway opened a number of research institutions specifically designated to harness the potential of clean and renewable energy technologies. Finland, on the other hand, has diversified its energy sources, making more extensive use of wood and peat-based fuels, and biogas harvested from waste digestion.

Brian Suggitt, Managing Director of Systemair, gives finer details of how the Scandinavian countries in particular, and the members of the European Union in general, are adopting an energy- and environment-related goal they call 20/20/20. “It means that Europe should use 20% more renewable energy, reduce primary energy consumption by 20% and decrease CO2 emissions by 20% in 2020,” he says.

In order to meet these objectives, Suggitt says, the European Commission has established an eco-design directive for Energy-related Products (ErP), like washing machines, television sets, pumps, fans and HVAC equipment, to name a few. “For each product group, there are different energy-related levels that have to be reached so that the product is allowed placement on the European market,” he says. “The levels are usually updated every two years.” He adds that the factors being measured are the rated Coefficient of Performance (COP) and the rated Energy Efficiency Ratio (EER). 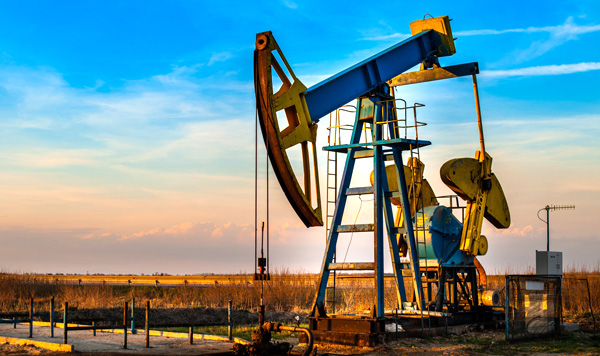 Michael Hager, General Manager of DESMI, offers a glimpse of another important facet of Europe’s drive towards energy efficiency and environmental stewardship, as he shares his insights on District Energy (DE), the integration of District Heating (DH) and District Cooling (DC). “Heating and cooling,” says Hager, “account for 46% of global energy use, and DH and DC represent a huge potential for reducing CO2 emissions.” He reveals that DH was developed more than a hundred years ago, and today, 63% of Danish households enjoy the benefits of being connected to environmentally clean and energy efficient systems.

Hager explains the technology in depth: “Co-generation (Combined Heat & Power or CHP) plants have turned out to be the most used platform to produce heating, cooling and electricity. This makes financial and environmental sense.” He points out that in the early days of CHP, the fuel used were gas, coal and oil. Now, he is happy to report that he is seeing a transition to more renewable fuels, such as biomass, solar and wind. “The interconnection and combination of these energy sources enables the use of various types of fuel, he says. “The flexible system configuration ensures an optimal and reliable energy supply, increases efficiency and reduces fuel costs.”

Scandinavian companies and the Middle East

Suggitt believes that the ongoing energy efficiency and environmental stewardship campaign in the Scandinavian countries will positively affect the Middle East in the long run. He is of the opinion that the Middle East market will benefit from the European initiatives, because more energy-efficient products from European manufacturers will be offered to the Middle Eastern market. “From a Systemair perspective, we believe that we are in a position to influence the Middle East market,” he says. “Influencing another region to follow suit involves dedication, direction, desire to enhance product development and willingness to educate and share,” he emphasises. He says that the objective of Scandinavian companies, like his, is not simply to raise the degree of prescription in project specifications, but to provide more information on technology and the direction of trends and regulations. “Knowledge and market demands help all parties to drive the implementation of technology and solutions,” he highlights.

Hager, on his part, also believes that the Middle East will gain valuable lessons as Scandinavian companies share their experiences with the CHP technology. “The waste-to-energy plant technology,” Hager says,  “is still in the very early days in the Middle East, but the technology is already strong in Scandinavia.” He explains that as the cost of waste handling in the Middle East increases, and as its environmental effects are questioned, CHP plants are proving to be a logical source of heating and cooling in the region, backed by the positive experiences and technological know-how from Scandinavia. He elaborates: “In addition, it is well known that the cooling demand of a building is responsible for 60% to 70% of its total energy consumption. DC, in this case, can provide up to 60% more energy efficiency compared to conventional AC systems. Plus, it significantly reduces CO2 emissions.”

In summary, Suggitt says that his company’s approach to development, market information and training, active participation in working parties and certification activities at a European level creates an excellent base for Systemair to influence developments throughout the Middle East.

Hager seconds this view and adds that the stringent regulations on environment and energy efficiency in Scandinavia are helping to create the right solutions for DC systems (and for HVAC systems) in the Middle East.