The real cost of economic development

by CCME Content Team
Share on FacebookShare on Twitter
Kuwait’s economic growth is heavily anchored on to industries that are observed to consume the most energy. We have the report.

Kuwait’s economic growth is heavily anchored on to industries that are observed to consume the most energy. While it is currently enjoying a high level of economic buoyancy, the frenetic pace of business and social activities is taking its toll on the country’s energy reserves. We have the report. 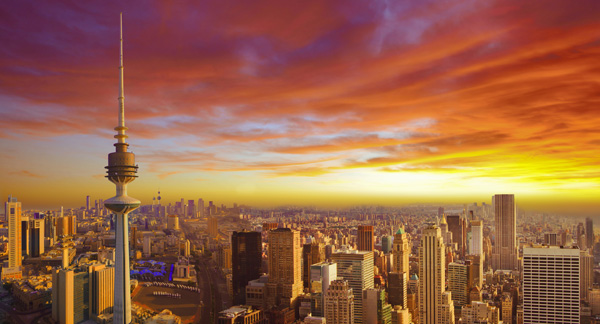 A growing population and a strong economic development have prompted a steep rise in energy demand, not only in the GCC, but also in the entire Middle East. Realising that a consistently growing electricity demand may rein in the regional development that the Middle East is currently enjoying, governments in the region have launched serious energy efficiency initiatives to curb the requirement for electrical power. Some countries in the region which have launched national energy efficiency and conservation programmes include the Kingdom of Saudi Arabia, which focuses on energy audits, load management, and regulation and education; and the United Arab Emirates, which is seeking to promote efficient use of electricity in the residential and commercial sectors. Similarly, Kuwait has made significant inroads into developing an energy efficiency programme, spearheaded by vital local entities, including the Ministry of Electricity and Water, and the Kuwait National Petroleum Company.

What can be done? 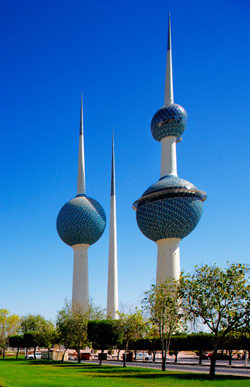 According to several studies conducted with the aim of predicting the trajectory of energy demand in the Middle East, the high level of investment that is continuously entering the region, the influx of expatriates that exponentially increases the population, and the Middle East’s unique climatic conditions, together may cause the gap between supply of and demand for electricity to widen in the coming years. There might come a time, warn industry stakeholders, when the constantly increasing energy consumption in the region could pose a threat to the Middle East’s economic competitiveness.

Energy authorities in Kuwait estimate that peak demand for electricity could spike to more than 30,000 MW by 2030 from about 12,000 MW at present, if the present consumption trends persist. If this holds true, then to be able to support the level of demand, the country will have to use up about 30% of its total fuel production in 2030.

Kuwait authorities project that a stringent energy efficiency programme could possibly cut peak power demand by 2030 to 20,000 MW. Thus, as energy consumption is observed to be more intense in residential and commercial sectors, the focus of energy efficiency schemes in Kuwait is largely on promoting responsible use of power at homes and offices, and in ramping up the efficiency of electrical equipment, like HVAC systems. Today, the latest HVAC technologies claim to have efficiencies that do not only guarantee a lower consumption of electricity but also lesser expenditure on installation, commissioning and maintenance. Cooling approaches, such as the variable refrigerant flow (VRF) technology and District Cooling, promise to offer qualitative and economic benefits to buildings and residential units. These two vow to provide better comfort and reliability, while increasing the efficiency of energy distribution and utilisation.

Focus on renewables: Is it plausible?

Kuwait’s production of primary energy is largely dependent on oil and natural gas – both finite sources. In addition to energy generation, oil and natural gas play a major role in the economy of Kuwait, as they are part of the country’s main sources of revenue. Now, the conundrum is that these resources are non-renewable, and as the reserves continue to recede, both Kuwait’s ability to produce power for its industries and the country’s economic buoyancy may be impeded.

In recognition of this future scenario, Kuwait took a proactive step and launched a renewable energy programme as early as in 1975. According to the Kuwait Institute for Scientific Research (KISR), between 1985 and 1988, Kuwait heavily invested in solar and wind energy applications. However, the country found the then-existing technologies not viable, largely owing to high initial cost, lack of efficiency and high maintenance costs. Thus, in 1988, the renewable energy programme was discontinued.

Renewables: Are they aligned with the country’s needs?

Kuwait has one of the highest energy consumption per capita rates in the world, with an average Kuwaiti said to be using 22 times more resources than the country offers per person. In an effort to boost the country’s energy reserves and to avert the grim scenario described above, Kuwait has set a target to generate 15% of its electricity from renewable sources by 2030.

This initiative is clearly intended to veer away from energy generation by burning fossil fuel, because, according to experts, Kuwait will need to use 20% of its oil production capacity just to be able to meet the country’s energy demands within four years. As Kuwait is an oil-dependent economy, the above-mentioned consumption pattern is, thus, deemed unsustainable. But, are renewable energy sources, like solar and wind, sustainable in Kuwait? KISR believes so.

During the summer months, when electricity consumption spikes in Kuwait, with HVAC equipment in full blast, the abundance of intense sunshine guarantees maximum power availability from solar power generation sources. Moreover, Kuwait has a wealth of desert land where solar power facilities can be installed. An area of five square kilometres (0.03% of the land area of Kuwait) is said to be adequate to generate 500 MW of solar power.

The western and the southern regions of Kuwait are perceived to be more suitable for wind power generation. According to KISR, Al Wafra and Al Taweel may be the best locations. In addition to boosting the national power reserves to meet peak demands, wind electricity generation may represent an economical choice at less than 40 fils/kWh.

Kuwait’s energy situation: What lies ahead?

Harnessing the potential of alternative power sources is not the be-all and end-all of Kuwait’s perceived energy challenges. While renewable energy sources are gradually being developed, stabilised and optimised, their present penetration level in the country makes it unrealistic for them to become the main source of electrical power in Kuwait. Renewable energy technologies are fast gaining traction, but there are still several obstacles to be addressed, including:

At present, there is still a pressing need to promote energy efficiency in all types of buildings, particularly in residential and commercial units. As the highest electricity consumption is ascribed to HVAC equipment, the onus is on manufacturers and consultants to be more proactive, and research and develop systems that optimise energy performance. In this regard, industry professionals need be trained and be abreast with the most updated energy efficiency best practices in order to maximise the energy-saving potential of the latest technologies on offer.

Generating electrical power from renewable sources has an enormous potential to ensure the sustainability and viability of Kuwait’s natural gas resources, which are critical not only to the country’s industries but also to its economy. While new sources are being exploited, citizens should not forget that they also have a fundamental role in maintaining a healthy energy mix. With stringent energy efficiency regulations and vigilance in opting to purchase and use power-efficient equipment, Kuwait’s economic and social growth can be assured. 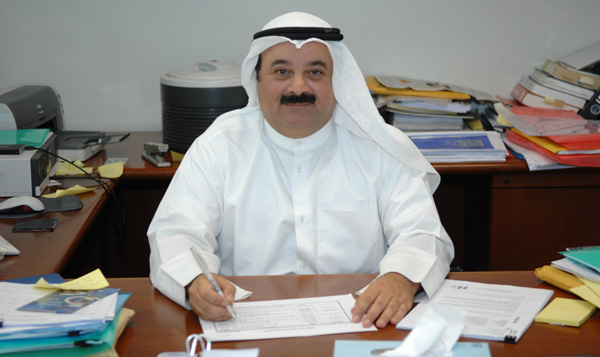 “In the aftermath of the Iraqi invasion, Kuwait sustained excessive amounts of fume from over 600 burning oil wells, which has affected the climatic conditions. The smoke plumes acted as a ‘shield’ against the UV radiation and the warmer temperature arriving from the sun. Owing to these climatic conditions, Kuwait witnessed colder winters and hotter summers. From this experience, Kuwait recognised the consequences of climate change and its effects on the daily lives of the residents. Such events increased the awareness of climate change in the country and drove Kuwait to take a closer look at the impacts of such environmental tragedy.

“Most of the residential units in Kuwait rely on central air conditioning. Most of the electrical power generated in Kuwait is used for AC (70%). The rate of increase for power demand in the country is around six to seven per cent annually, which prompts power plants to generate the extra electricity required.

“In light of the steep rise in power requirements in the country, the Ministry of Electricity and Water is now promoting the concept of reducing the energy waste by updating the Energy Code. Now, the GCC is planning to issue the GCC Code of Practice for buildings, which covers the use of energy in different contexts.

“The Government is promoting the reduction of energy usage, particularly during the summer months. The Government is looking at peak load shaving by utilising other sources of energy and abolishing the use heavy crude oil. It is also capitalising on renewable sources of energy and green building technology through integrated building design. Moreover, KISR has participated in providing a couple of studies related to integrated building design in order to save energy and promote a cleaner environment.”