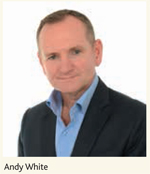 According to a report released in April this year by consultancy, Ventures Middle East, entitled “Exploring UAE’s Strong Investment Environment”, new projects, combined with many previously stalled projects now forging ahead, will continue to bolster the 2013 upswing into 2014. The report has also stated that the UAE’s GDP for 2014 is set to grow at four per cent to reach USD 404 billion, fuelled by the construction sector upturn and support from the oil & gas sector.

In line with the continued growth, the country’s infrastructure sector has also seen significant investment and development, particularly in roads and airports, the report revealed, and added that similarly, in Abu Dhabi, the AED10.8 billion Midfield Terminal Building project – a 700,000-square metre site with what is set to be the world’s largest baggage system – remains on schedule to open by July 2017.

The UAE is expected to spend over USD 300 billion on infrastructure by 2030, according to a report by hospitality consultancy, HVS to include the expansion of the Dubai Metro Red Line, new concourses at the recently opened Maktoum International Airport, interchanges on the Sheikh Mohammed bin Zayed Road, and the construction of the main Expo 2020 centre.

In the wake of these developments leading to a positive economic and market outlook, The Big 5 will reflect the renewed industry confidence with its largest edition yet, the show organisers informed.

“The Big 5 has become the region’s leading hub for construction professionals to source new products, discover the latest innovations, engage in educational workshops and conferences and network with thousands of key players and potential customers,” said Andy White, Group Event Director of The Big 5.

The Big 5, PMV Live and Middle East Concrete will run from November 17-20 at the Dubai World Trade Centre, and are open from 11am to 7pm daily.