Empower CEO receives special recognition from Board of Directors 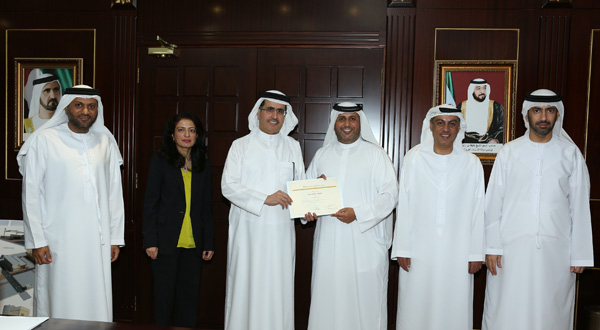 Empower has announced that Ahmad bin Shafar, its CEO has received special recognition from the company’s Board of Directors for his leadership.

The recognition comes in the wake of the company successfully adding double-digit capacity since 2009, expanding its portfolio from 250,000 Refrigeration Tonnes (RT) to an estimated one million RT in 2013, signaling a 30% cumulative growth during this five year period, the announcement added.

According to Empower, it recently finalised an agreement with TECOM Investments’ to provide 120,000 RT District Cooling services for Dubai Design District (d3) project. The multi-phase AED750 million development will reportedly boost Empower’s portfolio by nearly 12%, with the first phase expected to begin in Q4 of this year.

Commenting on the success of the company, H.E. Saeed Mohammed Al Tayer, Chairman of the Board, said: “Since its birth in 2003, Empower has emerged as the world’s largest District Cooling services provider due to its constant growth and capacity expansion. Empower has followed the vision of a green economy of His Highness Sheikh Mohammed bin Rashid Al Maktoum, Prime Minister and Vice President of the United Arab Emirates and Ruler of Dubai. The company’s solid progress over the last decade makes it a unique success story that can be attributed to the Ahmad Bin Shafar’s leadership of a 600 strong team.”

On receiving the recognition, Bin Shafar added: “Our success is a group effort and could not have been possible without the contribution of each and every employee. As a Dubai company, we have the responsibility of fulfilling the vision of the government that not only satisfies the demand for current residents but also provides valuable and lasting services for future generations.”