by CCME Content Team
Share on FacebookShare on Twitter
The market for VRF systems will grow exponentially, considering the base itself is small, says Syed Jafar Imam, the Regional Director for AHI-Carrier, in an interaction with B Surendar…

The market for VRF systems will grow exponentially, considering the base itself is small, says Syed Jafar Imam, the Regional Director for AHI-Carrier, in an interaction with B Surendar…

Has the VRF industry turned the corner in the GCC in terms of better acceptance? 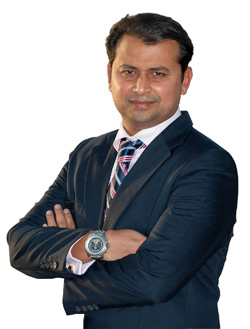 The process of selection for the Middle East is different. We are now seeing the taste and flavour for designing VRF-based projects here. That flair, seen elsewhere, is now here. We are seeing an amalgamation of client expectations and the flow of knowledge from Europe and, at the same time, making the technology suitable for the Middle East.

I accept that VRFs are still not on the minds of consultants. Generally speaking, consultants are asking questions on support. Consultants also need to have a knowhow on how to select VRFs, and so suppliers have to support consultants.

Different brands are doing it but from their perspective. VRF is still a strange animal for people here. Consultants are getting the hang of it now, though. They are more vocal about it, and we are witness to a trend of 300-villa projects and 500-villa projects specifically going for VRFs.

I am optimistic the market will grow exponentially, because the base itself is small. The trend indicates that VRFs will go viral. Earlier, clusters of apartments and villas used to opt for ducted splits; today, they are asking about VRFs.

The virtues are certainly there. In packaged units, how much temperature can you control? With VRFs, you can control that aspect.

In 2013, about 2,400 outdoor units reportedly were sold in the UAE. Is that an accurate assessment? And can we make any projections?

Numbers and projections could be skewed. I have had a recent instance of a project that was not even in my database. All of a sudden, they were saying, “We need to fast-track.” The project in question involves 500 villas. Assuming two to three outdoor units to a villa, and if we take the higher side, that is 1,500 outdoors for just one project.

So everything that was in the slow burner will likely go for momentum owing to Expo 2020. But I cannot generalise, because it could also be a culmination of the government’s commitment for affordable housing.

Refrigerants-wise, where are we heading? R410A seems to be a popular choice as an interim refrigerant, though some may disagree with the word, ‘interim’. And what about R32?

Let me begin by saying that for R22 it is just a matter of time. For example, JAFZA (the Jebel Ali Free Zone Authority, in Dubai) is saying, “Only R410A”. In my estimation, by 2015, R410A will have 50% of the share in the country. The change will not be immediate, though, because obviously, we are talking of a lot of equipment coming from Malaysia, Taiwan, etc., and they still use R22. So the question is, “Are we ready to transition immediately? Not yet, the change will be gradual. I see R410A taking on R22 in some ranges.

Now, as for VRF, it is driven by Japan. Any serious clients and consultants cannot keep Fujitsu, Toshiba or Daikin out of business, because VRF is an engineered product. In Japan, there is a tilt towards R32. At the end of the day, Japanese industry collaboration will go for R32. That’s my opinion. It’s about solidarity.

But Daikin will have to open up. Things are still at an early stage now, but thoughts become ideas, and ideas become reality. The fact of the matter is that R32 cannot be discounted down the line. The Japanese have a strong tradition of due diligence; theirs is a solid approach.

I feel that Daikin has managed to convince the forum in Japan. In my view, R32 will be here to stay for a long time, but ‘long time’ is relative. Long time could mean five years. Air conditioning is part of the global economy, and so changes at hurtling pace are part and parcel of the trade.

Finally, don’t forget, to use R410A itself, there is cost involved.

Apart from the UAE, what are the key growth areas for VRFs in the GCC?

The UAE is one of the biggest VRF markets in the GCC, followed by Saudi Arabia. But do remember that in Saudi Arabia, one project alone could swing it to a higher rank, such is the size of the country.

Another promising market is Oman. In our case, we have supplied 300 outdoor units – a total of 3,000 TR – to Phase 1 of a PDO project. We started in February 2013 and finished supplying everything by September 2013.

Oman has been very fast in accepting the VRF technology but, at the same time, has very stringent rules. In the case of PDO, they asked us to demonstrate our system as running for 24 hours at a stretch in 50°C!