by CCME Content Team
Share on FacebookShare on Twitter
Visible scars of the recent economic downturn are gradually fading from the face of the HVAC industry.

Industry players say that the visible scars of the recent economic downturn are gradually fading from the face of the Canadian HVAC industry. Jerome Sanchez has the report. 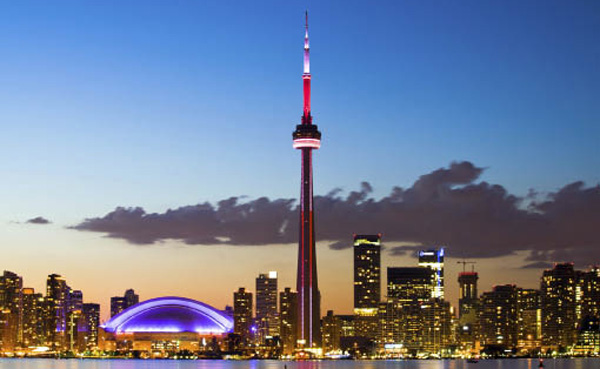 In spite of the global economic uncertainty, the HVAC market in Canada is said to have maintained its stability and is even observed to be growing. There is currently a perceived increase in demand for innovative HVAC products, owing to a higher level of consciousness on the part of the Canadian market of the need to reduce energy consumption. In the aftermath of the global economic crisis, HVAC industry players believe that innovation is the essential business strategy that will work.

In the face of the global crisis

Though the global financial downturn did not leave Canada entirely unscathed, the blow was somewhat cushioned. Maurice Piché, Administrator and Co-owner, Sonitec-Vortisand, considers Canada to have been relatively exempt from the latest recession. “Canada suffered [only] a mild slowdown of its economy, thanks to a healthy real estate market and stringent bank regulations,” he says. He believes that despite the condition of the export market to the United States during the crisis has affected the Canadian economy, the top manufacturers have compensated the losses experienced in the United States by extending their export activities to other markets.

Although Piché can sense a mild recovery, he says that the still-fragile market expansion causes the manufacturers to be very cautious in their forecasts and investments. “Fortunately,” he says, “the prevailing low interest rates will favour investments in production equipment and productivity improvement measures.”

Dean Wood, International Sales Manager, Envira-North Systems, also attributes the slight slowdown of the Canadian economy to the decrease in exports to the United States and Europe during the crisis years, but says that despite this, Canadian markets remained stable. “Small constant gains from new construction, and a consistent retrofitting base, stabilise our market,” says Wood.

Rakesh Saxena, General Manager, Trimac, agrees with Wood and says that the steady growth of the Canadian HVAC market has been brought about by the double-digit growth in residential and commercial construction activities.

On drivers and challenges

Owing to the economic downturn, home and building owners have grown increasingly conscious of the energy cost of their facilities. This heightened attention to energy savings, say the industry players, is driving the growth of the industry in Canada. Wood says that despite the economic uncertainty, energy-efficient technologies drive the growth of the market. “Products like Altra-Air fans encourage owners/operators to retrofit their buildings to continually generate savings.”

Saxena seconds Wood, and adds that retrofit projects, in addition to an increase in expenditure on construction projects, keep the Canadian HVAC industry buoyant. “Increased customer awareness about energy savings and the various incentive programmes have contributed to the growth in retrofit projects,” he explains. He shares his observation that customers in Canada are investing in VFDs, automation, heat recovery units and duct sealing solutions, among others.

“The key drivers,” says Piché, “will be those manufacturers that invest in innovative, and energy- and water-efficient technologies, bringing to the market value-added solutions geared for an international audience.” Piché believes that the “generosity” of the Canadian taxation system further fuels innovation among Canadian HVAC manufacturers: “The Canadian taxation system, being one of the most generous [systems] in supporting R&D investments, is another key incentive to outperform the traditional approach,” he emphasises. “Even for a small company, like Sonitec-Vortisand, these incentives have been maximised, and the management has decided to invest over USD 500,000 over the last 24 months to design a new generation of cross-flow filters launched in October 2013, the H2F Vortisand.”

While manufacturers welcome the fact that R&D among Canadian companies is ramping up, and that new products are gradually being welcomed by the market, they do not deny that there still exist challenges, mostly brought about by the crisis of recent years and by the novelty of energy-efficient products.

Saxena points to the uncertainty of the US economy and underscores the fact that the United States is a large trading partner of Canada, and that the fluctuation of the Canadian Dollar against the US Dollar is one of the foremost challenges to the industry.

Piché, on the other hand, points out that diversifying export activities outside of the United States still remains a challenge for Canadian HVAC companies. “Government programmes and trade associations are very active in promoting market expansion to the BRIC (Brazil, Russia, India and China) countries and to the growing Asian markets,” he says. However, he sounds a warning when he says that the long selling cycles in the above-mentioned countries, as well as the lack of regulatory enforcement for protecting IP (intellectual property) is discouraging for any innovative manufacturer. On a lighter note, Piché shares the news that the Canadian Government has recently signed a free trade agreement with the European Community, though the benefits of this “major breakthrough” are expected to yield results five to 10 years from now, as the European economy starts to recover from its current turmoil.

Wood explores another facet of the issue, when he says that, in his opinion, customer education is one of the biggest challenges facing the HVAC industry in Canada. “New technologies are constantly available; the key is educating customers about which technologies are best utilised and where.” In his opinion, the key to addressing this challenge is to understand the objectives put forth and provide the necessary expertise to the customers, so that they are able to make educated decisions.

Eyes on the Middle East and beyond

In the face of the economic uncertainty in North America and Europe, Canadian industry players are looking to expand their operations towards other regions, such as MENA. Piché says: “It is quite obvious that any manufacturer developing innovative technologies to address the key concerns observed in the MENA region is poised to [achieve] market penetration success.” He reveals that the GCC will remain a prime target for Sonitec-Vortisand to expand its operations in. “Depending on the market penetration depth and speed of adoption for our technologies, we are seriously considering to [expand] in the GCC with an assembly facility and service organisation that would allow us to service other markets in the MENA region,” he adds.

Saxena adopts the same optimistic tone about his company’s operations in the Middle East, as he shares the view that Trimac is heavily investing to drive energy-efficiency awareness in the region. He reveals that his company has introduced several energy-saving products in the region, such as a robotic duct cleaning solution and high-volume low-speed (HVLS) fans.

“Our innovations,” says Wood, “are introduced into markets, as they evolve to meet the needs and demands of end-users in each market.” He explains that the growth in construction activities in the GCC region helps drive innovation in his company, as market-specific requirements push the development and evolution of its technologies for use in the GCC and other potential markets.

Though the opportunity to enter new markets is generally attractive to Canadian HVAC manufacturers, Wood believes that his company will continue to carefully evaluate each market – a practice that has brought it success. “Without mentioning specific targets,” Wood says, “new emerging markets represent excellent opportunities for our company and our Canadian colleagues.”