The peninsula is currently experiencing an incipient ramp-up in construction-related projects, owing to its hosting of the 2022 FIFA World Cup and the Qatar National Vision 2030. Though this bodes well for the sector, HVAC industry players say that its impact is yet to be felt. Jerome Sanchez has the report. 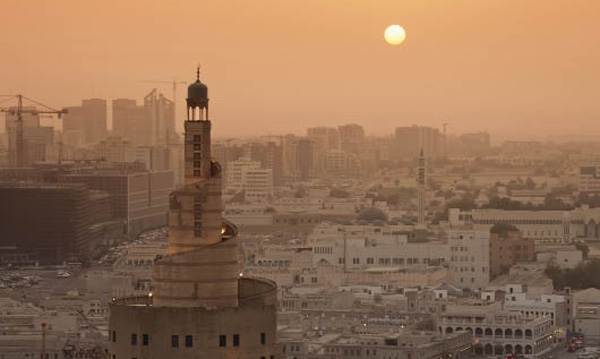 To say that these are exciting times for the Qatar HVAC industry could be an understatement. There is a palpable nascent ramp-up in construction-related projects, in light of Qatar’s hosting of the 2022 FIFA World Cup and the country’s National Vision 2030. Taking note of the trend, industry players are expressing their optimism about the growth of business in the peninsula.

“The HVAC industry in Qatar is growing,” says Raphael Khlat, CEO of Faisal Jassim Trading Group. He explains that there are various factors pushing the expansion of the industry in Qatar, including the increase in the number of construction projects and the extreme weather conditions in the country. “Of course, add to that the country’s win to host the FIFA 2022 World Cup and the Qatar National Vision 2030,” he elaborates.

Gaëtan Pierrefeu, Managing Director, Aldes Middle East, agrees with Khlat and says that part of the country’s preparations for the 2022 sporting event is constructing key facilities and structures to accommodate spectators and tourists, who are expected to pour in for the global spectacle. “To date,” he says, “the country is abuzz with major projects, like airports, universities, hospitals, stadia and road expansions and development.” He adds that naturally the presence of these projects will also mean an increased demand for high-standard HVAC design and products.

Mohammad Mokdad, Export Manager of Maico Gulf (Dynair and Elicent), is of the opinion that the increase in government spending, in line with its vision of building a sustainable infrastructure in relation to its National Vision 2030 and the increasing requirement for residential units owing to the country’s growing population, fuel the growth of construction activities in Qatar. 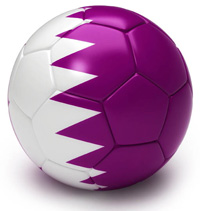 Though the news that Qatar will be hosting the World Cup has long been announced, Pierrefeu says that the HVAC industry has yet to feel the full impact of this fact. “Most of the projects linked to the preparations for the 2022 event are still in their design stages, and are expected to commence construction by 2015,” he says, and adds that, in his opinion, the next two years will see a lot of infrastructure work. Once the initial stages are through, Pierrefeu predicts an exciting phase for the industry, as he believes that HVAC companies will play a big role in the completion stages of the projects.

Mokdad echoes Pierrefeu’s view, and adds that the biggest challenge for Qatar, in light of hosting an event of such a magnitude will be to construct eco-friendly stadia with environmentally sustainable cooling systems. Mokdad says that there are a number of projects that have already been announced, particularly in Lusail, where all the new construction has been “mushrooming”, as part of the preparations.

While constructing sustainable sporting facilities pose a challenge, Khlat sees this as an important driver. “The construction of eco-friendly stadia and the sustainable cooling systems for them, of hotels, and commercial and residential complexes for players, organisers and tourists is one way that the FIFA win has affected the HVAC industry in Qatar,” says Khlat. He cites the expansion particularly of the airport, in order to accommodate the influx of people into the country, as a major factor contributing to the growth of the construction industry, and, thus, the HVAC sector, in Qatar.

Qatar’s National Vision 2030 is said to define broad future trends and to reflect the aspirations, objectives and culture of the Qatari people. In addition to shedding light on the fundamental choices that are available to the Qatari society, the Vision is envisaged to inspire the Qatari people to develop a set of common goals related to its future.

“Qatar has outlined its 2030 National Vision, wherein it aims to be an advanced society, diversified beyond oil, and providing a high standard of living,” says Mokdad. In his opinion, approximately USD 130 billion is earmarked for investment over the next five to six years, of which USD 65 million to USD 70 million will be devoted to non-energy projects. “The government spending on the educational and health sectors is noticeable,” he observes, “with lots of new schools and hospital projects under construction or being tendered and announced.” This, he says, bodes well for the industry.

In light of the fact that HVAC systems are considered the largest energy consumers, responsible for approximately 60% of a building’s total energy cost, Khlat says that the fourth pillar of the Vision, which is on Environmental Development, greatly impacts the industry. “An efficient HVAC system,” he says, “can reduce consumption by 35% to 40%.” This, he adds, can help achieve the green building standards of LEED and ASHRAE, both important certifications widely used and adopted in Qatar and in the GCC region, in general.

While industry players are satisfied with the buoyant HVAC sector in Qatar, they share the view that some of the challenges they face in the country include complicated custom procedures for importing equipment, specific certification and local approval process, and the high competition for projects.

“Custom procedures for importing equipment,” says Mokdad, “can sometimes get complicated and difficult to understand, as they are frequently changed.” Despite this difficulty, Mokdad recognises the need for the “strict” import procedures, especially after the unfortunate incident that occurred at the Villaggio Mall in May 2012. In order to avoid problems and delays in importing his company’s equipment to Qatar, he says that their head office and factories ensure that all necessary certification and documentation is complete and updated as per custom authority requirements.

Pointing out that Qatar is regulated with specific certification and a local approval process that may require special consideration, Pierrefeu says that his company is aligning itself to the set regulations and, at the same time, is lobbying for more streamlined rules and regulations.

Khlat expresses his optimism that the quality, service and pricing that his company offers the Qatari market keep it buoyant. “We have the added benefit of relying on our branch in Dubai (FJTCO) for engineering, logistics and administration,” says Khlat. “Add to those the networking opportunities that our company uses to convey what it stands for, what products it stands behind and its commitment to the market, and we are confident that Faisal Jassim will prevail over the competition.”

One cannot deny that there is a growth in construction activities and in the demand for HVAC systems in Qatar. The question, however, is, until when will this last, and whether this can be sustained even after the 2022 World Cup.

Pierrefeu feels confident. “Qatar has the resources and the funds to finance its projects and its growth,” he says, and shares his observation that the country has a capacity of investment that “many countries would envy” and the resources to call on the best competencies worldwide to work on its projects and development.

Mokdad believes that Doha’s desire to diversify away from its energy resources is responsible for more than half of the economic output, and is leading the way towards the country’s sustainable growth. “Qatar’s ambitious economic policy has been delivering a double digit growth rate,” says Mokdad. “The country’s successful bid to host the 2022 World Cup is a testament to [the country’s growth strategy] and will generate good demand for housing and retail space.”

Despite the great positivity surrounding the country’s economic strategies, Khlat says that Qatar still needs much more infrastructure and construction work if the government means to fulfil its vision for 2030. To this recommendation, Pierrefeu adds: “All it needs is a bit of planning and organisation, and Qatar will surely be one of the most modern and advanced countries in the world.”