by CCME Content Team
Share on FacebookShare on Twitter
Recommendations from the participants and delegates at the 1st Annual Middle East VRF Conference revealed an intensified call for the formation of a regional industry association and transparency via third-party certification. We bring you the third and last installment of our in-depth report.

Recommendations from the participants and delegates at the 1st Annual Middle East VRF Conference revealed an intensified call for the formation of a regional industry association and transparency via third-party certification. We bring you the third and last installment of our in-depth report.

Day two of the 1st Annual Middle East VRF Conference saw a cluster discussion, in which the participants and delegates, including representatives from government bodies and agencies, the industry, the media and the academia, exchanged ideas, insights and perspectives on some of the key industry issues and views posited during the two-day conference.

Based on the discussion, the participants were asked to draft recommendations on a range of topics, including the formation of an association for VRF stakeholders, standardisation of codes and regulations for VRF system certification, information dissemination among VRF system manufacturers and training for installation and maintenance personnel.

One of the key issues to emerge from a presentation by Ghaleb Abusaa, CEO, The Three Factors Company (en3 Solutions), delivered prior to the cluster discussion, was that district cooling service providers were able to take a huge share in the Dubai market in less than 15 years, because they managed to set up an association dedicated to the industry, which also sells and educates people about district cooling as a technology. Abusaa, then, threw a challenge at the VRF industry and called upon the stakeholders present to spearhead a similar formation for VRF systems. Abusaa said: “Those who are eager to see VRF systems take a bigger share of the market should join hands and keep personal competition aside for the benefit of the industry itself.”

Endorsing this view, recommendations from the participants established the fact that industry representation was missing in the region and, therefore, the formation of an association would give VRF stakeholders a “voice”. In line with this, Moan Abraham of Johnson Controls shared the information that there would soon be a GCC-based organisation of air conditioning manufacturers and suppliers, and that bylaws were currently being drawn out. He pointed out that forming an association with a committee exclusively dedicated to VRF was more feasible than forming a completely independent VRF association.

Refrigeration expert Yaqoub Al Matouq, speaking during the cluster discussion, also contributed some valuable information on the subject of forming of an association, saying that during a meeting with AHRI, industry stakeholders present agreed to set up an organisation, though the location of the headquarters could not be decided upon. Therefore, the parties present resolved that AHRI would remotely run the association for three years, and then, after the necessary legal framework was ready, it would hand over the association to the GCC countries, which would then choose the location of the headquarters.

Another key point that came out of the exercise was that the efficiency of VRF systems had not yet been proven owing to the lack of standards in the technology’s certification process. “We need a third-party certification system to cleanse this industry,” said Peck Zhao, Marketing Manager, Midea. “Every manufacturer’s product should be governed by only one regulation. At present, everyone’s declaration is under different rules, and we need only one regulation,” he added.

The participants were of the opinion that VRF manufacturers and suppliers were providing information about their products under different conditions or partial load percentages. They recognised the need to unify the standards and codes and suggested that the governments had to formulate regulations so that VRF manufacturers would be able to calculate their data based on some specific conditions. They were also unanimous in saying that data coming from manufacturers should be supported by third-party certification.

The recommendations also reflected the desire of the participants to see a collaborative effort among VRF stakeholders to promote the technology, test their respective systems and present the results to the public in order to promote the culture of transparency within the industry.

In this exclusive in-depth coverage of the conference, we also bring you excerpts from some of the presentations made. 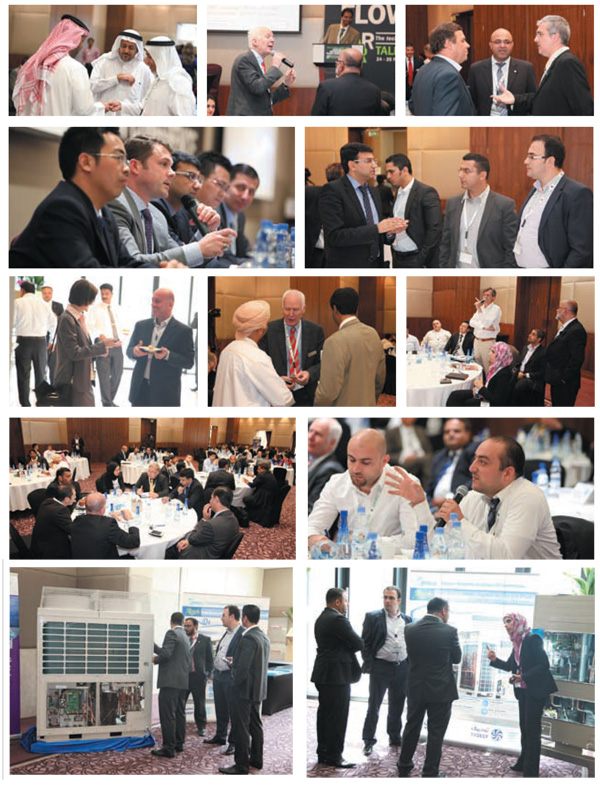