by CCME Content Team
Share on FacebookShare on Twitter
Aided by the anticipation of a slew of construction-related projects in the peninsula, the 10th edition of Project Qatar achieves the distinction of being the busiest show yet

Aided by the anticipation of a slew of construction-related projects in the peninsula, the 10th edition of Project Qatar achieves the distinction of being the busiest show yet. Story and photographs: B Surendar. 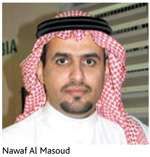 With Qatar in the initial stages of what looks like a purple patch for construction-related activities, the interest generated by the 10th edition of Project Qatar was evident in the throng of consultants, clients and other interested visitors. According to the organisers, the show, which ran from May 6 to 9, at the Doha Exhibition Centre, attracted over 2,500 exhibitors from over 50 countries and occupied over 70,000 square metres of space.

It would be a cliché to say that these are exciting times for the peninsula, but that’s precisely the mood in the country. Though not palpable, the looming FIFA World Cup has occupied mind-space like no other phenomenon, and there is the country’s National Vision 2030. For 2022 alone, the Government of Qatar has made a commitment to spend a whopping $100 billion in a raft of construction-related projects.

Sensing the massive opportunity, several HVAC entities set up shop in the peninsula a few years ago. Since then, more and more have moved in for a share of the pie.

At the show, several of them were present as exhibitors, along with long-established names. Companies like Leminar, Trane, Hira Industries and Alessa Industries. Trane, celebrating its centennial year, was there to showcase its TVR technology. The company is on the throes of launching its next version for T3 conditions, called TVR 4G. It used the show to demonstrate the technology behind its system and to meet consultants and potential clients (see related interview).

Alessa Industries was another significant presence at the show. Speaking to Climate Control Middle East, the company’s President, Nawaf Al Masoud, spoke of how he was keen on Qatar as a business destination for Alessa, especially in view of the 2022 World Cup. “I am impressed by the high government spending and definitely see a market for our technically sound and green products,” Al Masoud said. “We see a lot of projects happening. You have Saudi Arabia and the UAE, and now it is Qatar.”

Alessa is engaging consultants and the government in Qatar to show the advantages of its products that contribute to saving energy. At the show, it particularly highlighted the Huntair-Arabia Fanwall technology. “For the owner,” Al Masoud said, “it means lower total cost of ownership, reduced unit footprint, lower sound levels and vibration and retrofit applications.”

According to Alessa, the lower total cost of ownership encompasses redundant fans, which maximise the uptime and low energy usage, which reduces the operating cost of the air handler. Also, the direct drive feature means no belt or bearing maintenance, according to Alessa. In addition, the technology’s small motors and fan wheels mean easier maintenance, according to the company. Further, a uniform air tunnel means longer filter life, Alessa claimed.

For the architect, Alessa said, the system means reduced unit footprint, as much as 33%, which means more useable building space for the project. Also, the reduced weight, Alessa added, may reduce structural costs.