by CCME Content Team
Share on FacebookShare on Twitter
In the light of a growing concern over Indoor Environmental Quality and energy effi ciency, air moving equipment manufacturers are ramping up technologies to meet the demands of an increasingly discerning market. Jerome Sanchez has the report.

In the light of a growing concern over Indoor Environmental Quality and energy effi ciency, air moving equipment manufacturers are ramping up technologies to meet the demands of an increasingly discerning market. Jerome Sanchez has the report. 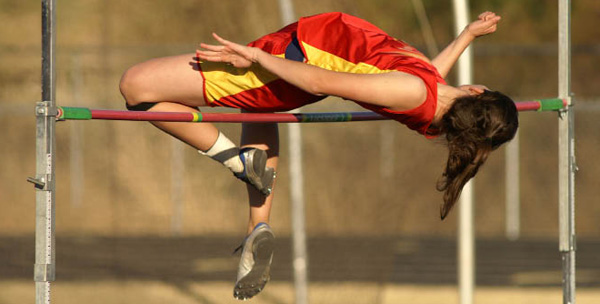 The recently concluded 1st Annual Middle East Indoor Environmental Quality Conference, produced by CPI Industry, the publishers of Climate Control Middle East magazine, saw a myriad presentations and deliberations on the effects of poor IEQ on occupants. Poor performance in school, decreased productivity and increased chances of contracting respiratory illnesses were just some of the consequences discussed during the event. With more and more reports and case studies on the subject highlighting the manifold adverse effects of poor IEQ, the call for improvement of indoor environment is growing ever louder.

As with other product segments within the HVACR industry, the air moving equipment sector was also affected by the global economic downturn. Industry players are unanimous in saying that the dent that the construction sector sustained during the economic crisis heavily affected the HVACR industry. Commenting on this, Ghassan Freiwat, Commercial Leader, Trane Middle East & Africa, says: “The economic downturn probably impacted Dubai more severely than anywhere else in the GCC. One of the most evident manifestations of the slowdown was that the large district cooling plants, designed and built to provide efficient cooling to multiple buildings, were hit hard, as many buildings were either not built or not completed.”

Tawfiq Attari, Global Sales and Technical Director, MENA Market, DuctSox MENA, a fabric air dispersion product manufacturer, adds: “The construction sector has been among those hit the hardest. But it has managed to effectively stabilise in the region over time.”

The industry players, however, do not paint a completely grim picture of the crisis years. In Attari’s opinion, the GCC region was less affected by the crisis, compared to Europe or the other regions across the world. “Although there has been an impact, of course, the local economy attempted to use all the available resources to stabilise the financial sector and to reduce the negative impact that can still be seen across countries that have not yet managed to get out of the crisis,” he says.

Bhartesh Tamse, Division Manager, Euroclima Division, Faisal Jassim Trading Company, describes the downturn as a “blessing in disguise”. “Post recession, the client or the consultant had more time on the submittal, which was good for a highly quality-driven product like ours. There were only special projects available in the market,” he explains.

Freiwat, speaking against the backdrop of his company’s strategy during the crisis years, says, “Buildings that are air conditioned still require air handling units of some description, and, while the economic crisis did cause a slowdown in projects, the main drivers over the last few years have come from a different direction.” The “drivers” he refers to may be categorised under “external” and “indoor environmental factors”. “In the larger environment,” Freiwat points out, “the interest for more efficient (sustainable) HVAC systems has seen a growing requirement for ‘greener’ products.” He says that, on the other hand, occupants have also been calling for improved levels of indoor air quality. He also reveals that his company is seeing an increase in regulation and guidelines from the authorities that help drive the industry and the users to move to higher and more sustainable levels of performance with respect to air-side products.

Saudi Arabia and Qatar are widely perceived by the industry players to be big potential areas, owing to the huge budget their respective governments have allocated for infrastructure and housing projects.

“It is already evident,” says Freiwat, “that Saudi and, to a lesser extent, Qatar, are the growth opportunities for the next few years.” He explains that Saudi Arabia is pressing ahead with large infrastructure projects and multiple housing schemes, so the potential for large chilled water systems and high volumes of DX/unitary equipment is assured.

Attari supports this line of thought when he says, “In Saudi Arabia and Qatar, the government spending shifts towards infrastructure, housing and other development projects.” He, however, sounds a note of caution: “This has led to a growth in the market, but our products need huge open areas like malls, airports and exhibition centres. So, housing projects will not increase our market.” But, he adds that an increased spending in commercial projects and the growing dependency on effective air dispersion in the region has had a major impact on the growth of his company’s products.

Despite hailing the two countries as the new El Dorados for the industry, Freiwat shares his view that the “market” cannot always be equated with a country or a product. “It is clear that there is a ‘new construction’ and a distinctly different, and very large, ‘existing building’ market,” he says, and explains that as the existing stock of buildings age, there will be a growing requirement for service, maintenance, repair, upgrade and replacement. “In mature economies, the balance between the new construction business and existing buildings has already tipped in favour of the latter. So, for me, the emerging market is service,” is his take on the subject.

Responding to the challenge

As the adverse effects of poor IEQ on occupant comfort and productivity come to light, they also get increasingly documented and reported. In turn, the call for technologies and innovations to address the problems intensifies. In addition, in the light of continuous increase in energy demand, and the consequent depletion of fossil fuel reserves, energy efficiency standards governing a wide range of products, including HVACR equipment, have become more stringent.

“We have responded effectively to the growing concern for IEQ and efficient energy use,” says Attari. Speaking about his company’s products, he says that fabric ducting is 24.5% more efficient compared to conventional sheet metal duct and diffuser systems, as supported by a recent computational fluid dynamics (CFD) energy study carried out by the Mechanical Engineering Department of the Iowa State University. He adds that fabric ducting systems increase fan performance and efficiency, leading to savings in terms of energy used in the process. He claims that his company’s products are anti-microbial, which is essential to a client in need of good air quality, free of microbes and fungus.

“There is definitely an increased interest in energy-efficient products. For example, it is now almost a standard practice for fresh air units to be installed with heat recovery wheels and, occasionally, heat pipes,” confirms Freiwat. Explaining the contribution of heat pipes in reducing energy consumption and in providing better humidity control, he points out that heat pipes eradicate the requirement for electric heaters to dehumidify the air stream.

“The development, however, is around controls,” says Freiwat. “By ensuring that an effective integrated controls system is designed from the start, an installer, owner or operator can all reap considerable benefits.” He enumerates the benefits of incorporating factory-installed controls:

On behalf of Faisal Jassim, Tamse says that the AHUs Euroclima offers come with fan wall with EC motors, and are certified by a third party in terms of hygiene. He claims that his company also has a complete range of fan coil units with EC motors, and that it offers CFD and seismic analysis for large units.

Although industry players admit that initial cost still remains an important factor for users in deciding to acquire their respective company’s products, they are of the view that the market is gradually shifting its priority from first cost to total cost of ownership.

“Understanding the link between IEQ and energy efficiency is an important step further for the companies of today,” says Attari. “The success of the business is often linked with the company’s willingness to invest in new technologies and operations, and the market is receptive of this.” Speaking about his observations in his company’s market segment, he says that he has noticed a gradual shift in market priority, as customers are becoming more interested in the quality of air dispersion, as well as in long-term factors, such as sustainability and total cost of ownership. “Total cost of ownership,” explains Attari, “includes not only the initial purchase cost of the product, but also the additional indirect costs attached to it, including installation, maintenance, replacement or even the social and environmental costs that some products might have.”

Freiwat says, “With increasing building regulations and competition across all industries, plus a growing trend for systems that are gentler on the environment, we do see a growing interest towards quality and total cost of ownership.” The “competitive pressures”, however, he adds, mean that the initial cost is still a major factor influencing market decision.

Speaking about the situation in the retrofit market, Freiwat says that owners often demand unrealistic payback periods, even though the savings or the improvement in quality of their systems are very attractive.

Tamse supports the view of the two industry players and adds that, though a majority of his company’s competitors are still in first-cost approach, there is an observable gradual shift in priority from price to quality among many clients and consultants.

Issues of maintenance and regular cleaning

“The element [of maintenance and regular cleaning] is as important as initial design,” says Freiwat. “An air system delivers the air that we breathe, year after year, and seeing the condition of many systems in use today can be an alarming experience.” He points out that regular high-quality maintenance is essential for the well-being, comfort and productivity of occupants, and that it should be one of the foremost priorities of all owners, occupants and facility managers.

“Cleaning of air moving equipment,” elucidates Attari, “is very important as quick-forming bacteria have a negative impact on the environment and is hazardous to human health, especially when using traditional galvanised or metal ducting.” He cautions that the cleaning process of the inside surface of a sheet metal duct system is very difficult and costly, resulting in extended periods between necessary maintenance. Speaking on how his company’s products can address the afore-mentioned issue, he says that the zippered parts of a textile duct are easy to remove and that fabric can be easily washed in a washing machine and reassembled. “Fabric ducts are very easy to launder and clean when necessary, making planned maintenance cost-effective and very simple,” is his verdict.

Tamse endorses the importance of creating a clear and comprehensive O&M manual and of educating installers and end-user regarding the proper handling and timely cleaning of the equipment.

Innovation has become increasingly important at a time when new demands require urgent responses. If the observations of the industry players are any indication, there is, at present, a growing demand for technologies that contribute to energy savings and to the betterment of the indoor environment. As Attari puts it, “Additional commitment to innovation is especially important in the industry of air-moving equipment.” He adds that for companies in the industry, understanding the importance of innovation and continuous dedication to improvement ensure continuous growth and sets them apart from their competitors.