Saying that it is widely recognised as the industry standard for calculating flow rates and pressure drops in piping systems, Xylem, a water technology provider, has announced that its popular Bell & Gossett System Syzer software program is available as a mobile application for the Android operating system. It adds that the app can be downloaded for free from the Google Play Store, and that HVAC professionals with a smartphone or smart mobile device can now have the same functionality and program features while working in the field. 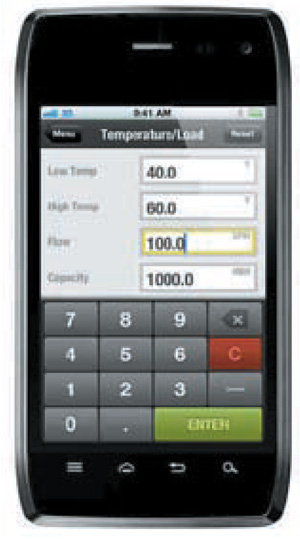 According to Xylem, the System Syzer application is based on the novel plastic wheel calculator designed by Bell & Gossett’s Gil Carlson. Widely recognised as the “Father of Modern Hydronics,” Carlson first introduced the System Syzer in 1963, and it has since been distributed to well over 100,000 engineers and tradesmen, it claimed.

The company has listed the following features, functions and several critical calculations the System Syzer can perform:

Xylem revealed that the System Syzer was released as an app for Apple iPhone and iPad devices last year. It is also available for free download on all iPad and iPhone devices from the Apple App Store.