A race to Energy Efficiency

There is an intensified effort to reduce energy demand in the residential and commercial sectors in Japan due to an evident spike in consumption. What drives these endeavours, and what have they achieved? What is the roadmap ahead? Jerome Sanchez seeks to find answers to these questions, as he explores some of the energy-efficiency initiatives in the Land of the Rising Sun. 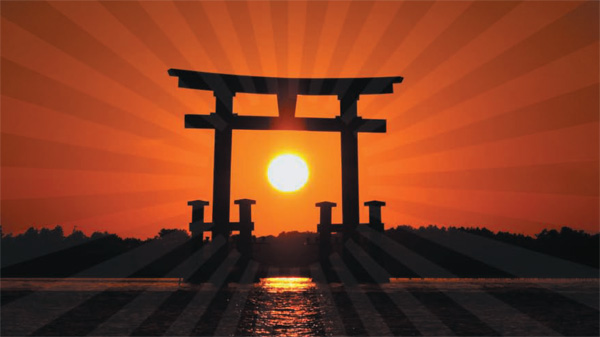 There is a heightened focus on reducing energy consumption in the residential and commercial sectors in Japan. A report by Toshi Sakamoto, Director, Energy Efficiency and Conservation Division, Ministry of Economy, Trade and Industry (METI), Japan, reveals that electricity consumption in the residential and commercial sectors account for approximately 30% of the current total energy demand in Japan, and that it has grown remarkably compared to that of the industrial and transportation sectors. His observation is supported by Chaobin Dang and Eiji Hihara, Assistant Professor and Professor, respectively, from the University of Tokyo, when they point out in a presentation that, while the energy consumption in the industrial sector has remained steady, there is a significant spike observed in the level of consumption in the commercial and industrial sectors in recent years.

To address the issue of the continuously growing energy demand, the government of Japan has launched several energy-efficiency regulations and has introduced assistance programmes to encourage energy savings.

From an HVACR industry perspective, Iwai notes the shifting priority of consumers to more energy-efficient systems, and says that this drives the growth of the HVACR sector in Japan. “We observe that most of the consumers think that they would like to purchase air conditioning systems with energy-saving features,” he reveals.

In addition to the increasing energy demand in the two major sectors, Iwai attributes the urgent need to find solutions to the rise in electricity costs brought about by the economic recession and the shutdown of nuclear power plants in Japan. He further explains that owing to the increment in prices of electricity in the country, demand for more energy-efficient air conditioning systems has increased. 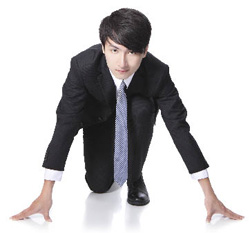 According to the Sakamoto report, to address the current issue of the alarming increase in energy consumption within the commercial and residential sectors, the Japanese government has launched the Zero Emission Building (ZEB) campaign aimed at making new zero emission public buildings by 2030. The report points out that the Government of Japan defines a zero-emission building as a facility that emits zero CO2 on an annual net basis by reducing energy consumption through the enhancement of the energy performance of the building envelope and equipment, and the use of renewable energy on site.

According to the same document, through the ZEB campaign, annual CO2 emissions and energy consumption could be reduced by 20% to 40%, even with the use of existing technologies. To realise 100% reduction in CO2 emissions, however, what is essential is to develop new technologies, and innovative designs and integrated controls to effectively combine them.

The Japanese government believes that it is possible to realise the zero-emission goal by 2030 with medium- and low-rise office buildings through the use of new and more advanced technologies. The following are a few of the technological developments that may encourage 100% zero emissions, as outlined in the report by Sakamoto:

The joint presentation by Dang and Hihara adds that another proposed means of managing electricity consumption in commercial buildings is through the use of building energy management systems (BEMS). The use of BEMS is proposed because of its capability to detect human presence or absence in each floor or room and to measure humidity and temperature in a floor or in a room. Based on the data sent by the BEMS, the central monitoring and controlling unit adequately controls the air conditioning and the lighting systems. In addition, the central monitoring and controlling unit aggregates and analyses data on energy usage and estimates future energy demand to adjust the air conditioning control.

The popularity of BEMS in Japan is confirmed by Iwai, when he says that automatic energy saving function, like human sensor control, is fast becoming accepted in Japan.

Osamu Kimura, Researcher, Socio-economic Research Centre, Central Research Institute of Electric Power Industry, in his research paper published in www.climatepolicy.jp, discusses another energy- efficiency initiative adopted by Japan, called the Top Runner Approach. He shares the information that mandatory efficiency standards for appliances and automobiles are not new in Japan and, in fact, has been in effect since 1980. They, however, failed to induce sufficient improvement in energy conservation, as the standards were rarely revised and were largely based on negotiations with the industry without any explicit standard-setting method.

The situation reportedly changed with the establishment of the Kyoto Protocol in 1998. “Japan was required to further accelerate energy conservation efforts to achieve greenhouse gas (GHG) emission reduction target of six per cent by 2008 to 2012 compared to the 1990 level,” explains Kimura. Hence, the Top Runner Approach was introduced.

This initiative, Kimura continues, was expected to be an effective strategy for setting efficiency targets and reducing energy consumption in the residential sector. The programme started in 1998, covering nine products, including room air conditioners, fluorescent lighting, television sets, copying machines, computers, magnetic disk units, video cassette recorders, refrigerators, passenger vehicles and freight vehicles. The scope of the programme was regularly reviewed every two to three years, and the product coverage gradually expanded to include 21 products in 2009. “It is worth noting that the electricity consumed by the Top Runner targeted products amounts to more than 70% of residential electricity consumption,” says Kimura, citing a 2004 report from METI.

How the programme works

“As the name suggests, the most energy-efficient product on the market during the standard-setting process sets the Top Runner standards. Thus, the Approach is essentially based on market data,” points out Kimura. “However, it also takes into account technological analysis, that is, the Top Runner Approach considers technological potential for efficiency improvement in the future,” he explains.

In order to comply with the Top Runner standards, Kimura says that producers must ensure that the weighted average efficiency of the products they sold in the target year achieves the requisite standards: “Therefore, not all of a manufacturer’s products have to meet the target, but on an average, they must achieve the standards. This flexibility enables producers to provide a wide range of models to meet market demand, while guiding the overall market to higher energy efficiency,” says Kimura. 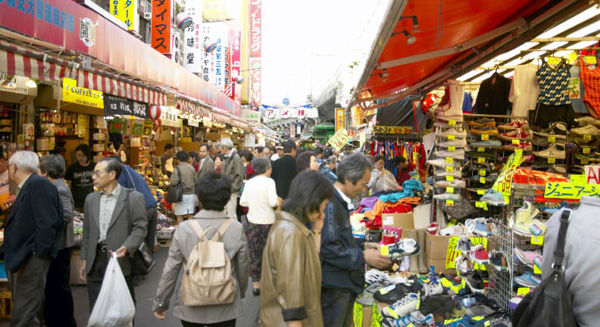 Is the programme effective?

The Top Runner Approach requires substantial improvement in energy efficiency for each targeted product. The rates of energy efficiency improvement required by the programme range from 16% to 80%, Kimura points out, and reveals that so far, these targets have been achieved for all products, and have often been even exceeded.

“The contribution of the programme to energy efficiency is not clear-cut in all cases, because energy-efficiency improvements are partly a response to market demand and autonomous technological improvement,” he says. He, however, points out a target product where one can clearly discern the impact of the programme, the case-in point being air conditioners.

Though the Top Runner Approach has some salient benefits and concrete achievements in some segments, Kimura concedes that there are a few concerns regarding the initiative. “One of the problems is the lack of explicit methods for considering the impact on consumers,” he points out. Because the Top Runner Approach is based on the Top Runner products on the market, the increase in prices of the products accrued by improving energy efficiency is not explicitly considered, Kimura adds. “Although it is stipulated [in a document from the Energy Conservation Center of Japan] that standards should not force consumers to ‘purchase economically inappropriate high-priced products in the name of energy savings’, there is no prescription for lifecycle cost analysis, and thus, such analysis is not conducted appropriately,” he explains.

According to some studies, elucidates Kimura, many efficient air conditioners on the market are so expensive that they cannot achieve payback within the lifetime of the equipment, which is considered to be around 10 to 15 years. He also observes that cost-effective potential for efficiency improvement in air conditioner technologies seems to have been exhausted. “Motor efficiency of compressors is approximately 95% and total heat-insulating efficiency is over 80%; both factors are nearing saturation,” he highlights. “Efficiency improvement in recent years has been achieved mainly by expanding heat exchangers; this too is handicapped because of limited space in Japanese houses. Further tightening of the standards, therefore, might not be cost effective.”

With the increasing energy prices and the heighted focus on reducing the effects of GHGs on the environment, the call for improved energy efficiency among a wide array of products in Japan, including air conditioners, is growing louder. Thanks to the introduction and continuous improvement and expansion of energy efficiency initiatives, like the ZEB campaign and the Top Runner Approach, there has been a remarkable improvement in energy efficiency in buildings and targeted products.

In the context of the Top Runner Approach, although the success of the programme across all targeted products is not clear, it has been successful in driving the trend of energy efficiency improvement in some products, like air conditioners. In these cases, says Kimura, the programme provided a clear direction for product development, aiming at higher energy efficiency and at eliminating low-efficiency products from the market.