Celebrates a decade in the district cooling industry. By Mary Coons, our special correspondent in Doha.

Amidst strolling musical artistes and performers garbed in construction-worker fatigues, stomping and drumming against an illuminated background of chiller plant condenser pipes, Qatar Cool celebrated its 10th anniversary in an innovative style within their Integrated District Cooling plant at The Pearl-Qatar in Doha on February 20.

After a unique ice sculpture podium was chipped into shape to the accompaniment of upbeat music, Fayad Al Khatib, CEO, Qatar Cool, and Omar Alfarden, the Chairman, took to the ice podium to greet their guests.

Al Khatib reminisced about Qatar Cool’s early days when he had to wear many hats. “The ingredient for any company’s success is the capability to innovate,” he told the audience of more than 100 contractors, government and utility officials, consultants and invited guests. “We have all achieved the strategic vision that was put into place in 2003, when the chairman of United Development Company (UDC), [a publicly-owned Qatari development and investment company], and Tabreed, the leading provider of district cooling in the UAE, signed the establishment of Qatar District Cooling Company.”

Alfarden, on his part, expressed his pride in Qatar Cool’s 10-year milestone, noting the company was founded “according to a very clear vision, aiming at responding to a socio-environmental need rather than solely a business opportunity.”

As part of the programme, Rob Thornton, CEO of IDEA, congratulated Qatar Cool via a video message, on the milestone reached and its successful journey in such a short span of time. He cited receiving the prestigious System of the Year Award in 2012 as a great accomplishment for Qatar Cool. 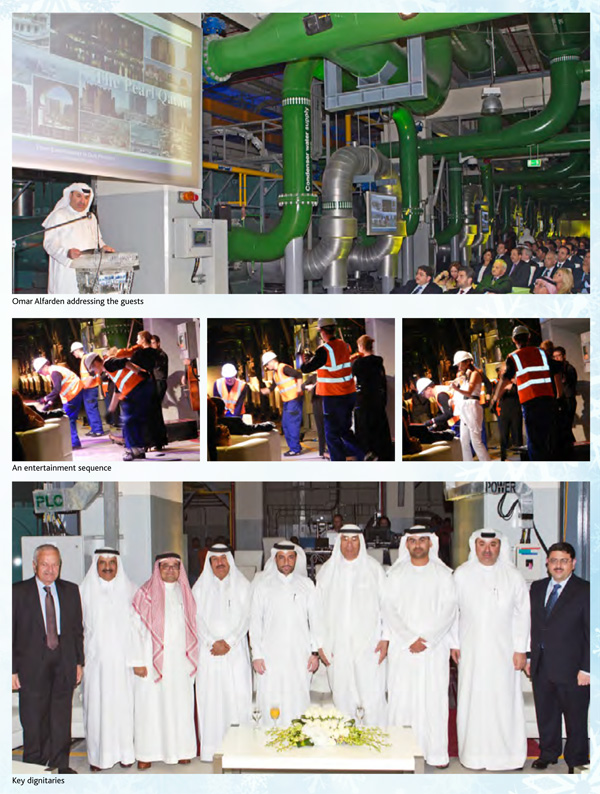