All under one roof

by CCME Content Team
Share on FacebookShare on Twitter
The AHR Expo, dubbed the “World’s largest marketplace”, was said to have attracted record-breaking number of participants and exhibitors. Industry players welcomed its success in the hope that enthusiasm on the show floor would translate into a positive outlook for the HVACR industry. We bring you our report.

The AHR Expo, dubbed the “World’s largest marketplace”, was said to have attracted record-breaking number of participants and exhibitors. Industry players welcomed its success in the hope that enthusiasm on the show floor would translate into a positive outlook for the HVACR industry. We bring you our report. 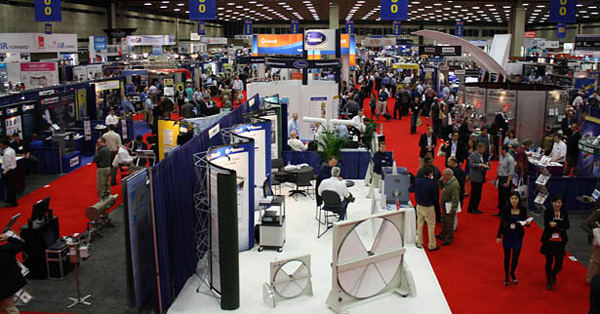 The 2013 International Air-Conditioning, Heating and Refrigeration Expo (2013 AHR Expo), held from January 28 to 30 at the Dallas Convention Center, Texas, USA, reportedly attracted more than 51,000 attendees, 33,891 of whom were visitors, who witnessed more than 1,900 exhibitors showcase their latest products and technologies.

In an official communiqué, the show’s organisers revealed that the reported figures set new all-time records for Southwest shows. “We were very pleased with the attendance and the enthusiasm on the show floor … the aisles were packed for almost all three days of the show,” said Clay Stevens, President, International Exposition Company, the producer and manager of the 2013 AHR Expo. 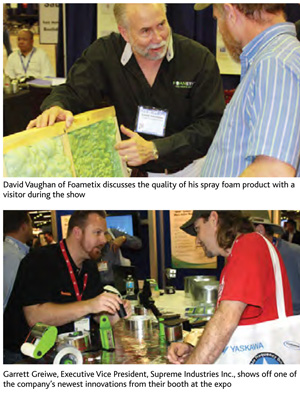 In addition to being an opportunity for companies to throw the spotlight on their latest products, software, building automation systems, controls and services, the 2013 AHR Expo also served as a venue for association meetings, educational seminars and networking. Dozens of associations and publications reportedly put up their respective booths at the event, providing business services and network for professional colleagues.

New Product and Technology Theatres were also set up during the event, where participants could attend brief presentations from over 70 exhibitors on their latest products and technologies. Presentations were said to be free of charge and were held throughout each day of the expo.

The 2013 AHR Expo was also reported to have sponsored sessions on the trends and direction of smart green building automation. The organisers revealed in an official programme that the seminars covered various topics, including market trends for integrated and intelligent building systems; community, convergence and collaboration from cloud data for BAS; and an overview on existing connection communities and the advantages of being part of various communities.

The sessions were organised in association with www.automatedbuildings.com, added the programme from the event organisers. The organisers added that other free sessions were also held during the event, including those sponsored by ASHRAE, BACnet, LonMark, and other endorsing associations of the expo.

Paid seminars and programmes were also on offer during the event, including ASHRAE Learning Institute Continuing Education Courses, PM Live Symposium and certification reviews and exams.

With the reported statistics on the number of exhibitors and participants at the 2013 AHR Expo, the event is said to be the biggest in the HVACR industry. It is claimed that HVACR companies, new and established alike, choose the event to meet buyers, generate leads, build personal relationships with prospects and customers, and introduce their new products and technology. Many of them, though, hoped that the enthusiasm would not end at the show floor and that the record-breaking numbers was a precursor to a market surge.

Trane, a global provider of indoor comfort solutions, and a brand of Ingersoll Rand, celebrated its 100th year anniversary at the 2013 AHR Expo. In line with the celebration, the company showcased new products, systems and services and conducted on-site demonstrations, technology-based presentations and special anniversary activities during the event.

In an official communiqué, Trane reported that at the 2013 AHR Expo, it introduced seven new products that it claimed would benefit healthcare, education, hospitality, retail, commercial, industrial, and data centre markets to create comfortable, efficient and productive environments.

Speaking against the backdrop of the celebration, Dave Regnery, President, Trane North America, said: “For 100 years, Trane has defined the industry by providing heating and air conditioning solutions to help people live, work and play in comfortable environments. As we move into our second century, we are excited to play a leadership role in energy efficiency, as we drive the advancement of energy management services and energy conservation.”